PHOENIX — In a thorough and sweeping order, U.S. District Judge Roslyn O. Silver is requiring the Arizona Department of Corrections, Rehabilitation, and Reentry (“ADCRR”) to make “substantial” changes to staffing and conditions so that medical care and mental healthcare at Arizona prisons comes up to constitutional standards.

In the remedial order, Judge Silver notes that the substantial changes and the scope of her order are necessary given the “unconstitutional substantial risk of serious harm” to people in Arizona’s custody, the state’s intransigence and failure to abide by a past settlement agreement and court orders, and because ADCRR “knowingly created documents in a false or misleading manner.”

In her order, Judge Silver is, among other things, requiring the ADCRR to:

“We hope that with this powerful order, Arizona officials will finally comply with the Constitution, abide by the rule of law, and respect the rights and dignity of the thousands of people in their custody,” said David Fathi, director of the ACLU National Prison Project. “We are grateful to our clients — what they have had to endure is unconscionable. This landmark order is the result of their bravery and testimony. We expect state officials to comply with this order and finally put an end to appalling conditions in Arizona prisons.”

“While we welcome today’s order, it does not erase the decades of suffering that many have endured in Arizona’s prisons,” said Jared Keenan, legal director of the ACLU of Arizona. “This monumental case will bring some relief for the thousands behind prison walls, and we’ll remain focused on keeping ADCRR accountable to the order and to their constitutional duties.”

Judge Silver’s remedial order brings Jensen v. Shinn — a decade-long struggle to ensure that the nearly 30,000 adults and children in Arizona’s prisons receive the basic health care and minimally adequate conditions to which they are entitled under the Constitution and the law — closer to a resolution. Both parties have 30 days to provide Judge Silver any comments on the remedial order before it becomes final.

Plaintiffs in the case are represented by the American Civil Liberties Union’s National Prison Project, the ACLU of Arizona, Prison Law Office, Arizona Center for Disability Law, and the law firm of Perkins Coie LLP.

“Arizona’s prison walls for too long concealed immense suffering and needless death. Finally, there is a path forward,” said Rita Lomio, a staff attorney at the Prison Law Office. “This order would not have been possible without the brave people who testified from their hospital beds and prison cells.”

“The trial laid bare the significant harm that living in isolation causes to people who are incarcerated, especially people with serious mental illness living in such conditions,” said Maya Abela, an attorney with the Arizona Center for Disability Law. “With this order, ADCRR is required to take steps to address those harms and ensure constitutional living conditions and appropriate mental health services are provided to people in isolation units.”

The remedial order comes after Judge Silver’s June 30, 2022 ruling that found that ADCRR violates the Constitution by failing to provide incarcerated people at the Arizona’s prisons minimally adequate medical and mental health care, and by subjecting them to harsh and degrading conditions in solitary confinement.

In the June 30 ruling, Judge Silver wrote ADCRR has “failed to provide, and continues to refuse to provide, a constitutionally adequate medical care and mental health care system for all prisoners,” and that the prisons’ “health care system is plainly grossly inadequate. Defendants have been aware of their failures for years and Defendants have refused to take necessary actions to remedy the failures.”

“This day was over a decade in coming. For too long, the executive and legislative branches of state government have willfully neglected these problems and resisted court orders to remedy them,” said Daniel Barr, a partner in the Phoenix office of Perkins Coie LLP. “That will hopefully now change under the leadership of Governor Katie Hobbs, Attorney General Kris Mayes and a new Director at the Department of Corrections, Rehabilitation & Reentry.”

The class action lawsuit was originally filed in 2012 against ADCRR, on behalf of all persons incarcerated in Arizona’s 10 state-operated prisons. That case resulted in a 2014 court-approved settlement that was meant to protect the rights and health of incarcerated persons.
The federal judges overseeing the implementation of the reforms issued numerous enforcement orders and twice found state prison officials in contempt, fining the state more than $2.5 million for their for-profit health care contractors’ failure to provide basic health care to incarcerated people. In July 2021, Judge Silver set aside the settlement agreement due to ADCRR’s “pervasive material breaches” of the agreement and set the case for trial.

During a 15-day trial in November and December 2021, the plaintiffs put on evidence showing incarcerated people suffer excruciating pain, gruesome permanent injuries, and preventable deaths due to the state’s failure to provide basic health care. The evidence we presented at trial included expert testimony regarding unconstitutional medical and mental health care, the harmful psychological effects of isolation and conditions in isolation units, and inadequate health care staffing.

The order is available here: https://www.aclu.org/legal-document/jensen-v-shinn-remedial-orderplanned-injunction 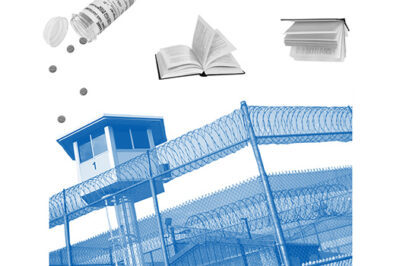