NASHVILLE, Tenn. – The American Civil Liberties Union of Tennessee, the American Civil Liberties Union Foundation, Civil Rights Corps and Choosing Justice Initiative filed a lawsuit in federal court today challenging a Davidson County policy that garnishes cash bonds to pay future fines, costs and restitution assessed by the courts. The lawsuit was filed on behalf of the Nashville Community Bail Fund. The lawsuit asserts that a court rule that conditions a person’s freedom as they await trial on the payment of fines is not permissible under the United States Constitution.

“There is no justice in a criminal system where one’s ability to return home to their family or job depends solely on how much money they can access,” said Hedy Weinberg, executive director of the ACLU of Tennessee. “This unfair rule deters individuals from posting cash bonds, taking money from the very families who can least afford it while doing nothing to promote justice, court appearance or public safety. We hope the court takes swift action to put an end to this unlawful rule.”

Davidson County Criminal Court Local Rule of Practice for Bail Bonds 10(B) subjects cash bond deposits to garnishment for fines, court costs and restitution — meaning money posted to secure an individual’s release from jail is used to guarantee payment of future court-imposed debts. If the party does not agree to the garnishment, they are not allowed to post a cash bond at all. The rule applies to all people arrested in Davidson County who pay a cash bond, even those who successfully make all of their court appearances.

“Bail is meant to facilitate a person’s speedy pretrial release so they can return to their work and family, and defend against the accusation against them,” said Andrea Woods, staff attorney with the ACLU’s Criminal Law Reform Project. “This garnishment policy abuses the role of bail, creating a ransom scheme that conditions freedom from jail on generating money for the local government. This illegal policy drives pretrial incarceration, which gravely harms individuals and the community as a whole.”

The complaint charges that the local policy violates the Eighth and Fourteenth Amendments by misusing bail and rendering it “excessive,” impermissibly burdening the fundamental constitutional right to pretrial liberty and depriving the Nashville Community Bail Fund of property without due process.

“Our participants have no other path to freedom from jail — they cannot be released on their own recognizance, are not eligible for Davidson County’s pretrial release program, and have bond amounts so low that most for-profit bonding companies will not bail them out,” said Rev. Davie Tucker Jr., vice chairperson of the board of the Nashville Community Bail Fund. “Since the judges’ decision to enforce this rule against the Nashville Community Bail Fund, the number of people we are able to bail out each month has dropped by over 60 percent. Without our intervention, those who cannot afford bail are forced to sit in cages, losing jobs, housing and being separated from their families until their case concludes. In the end many individuals plead guilty just to get out of jail.”

The groups are seeking a preliminary injunction to stop enforcement of the rule immediately.

“In jurisdictions across the country, the money bail system unconstitutionally operates to jail people solely because they cannot afford to purchase their release,” said Charlie Gerstein, an attorney at Civil Rights Corps. “The policies challenged in this lawsuit make an unfair system even worse by permanently extracting money from anyone who tries to free desperate people jailed without a criminal conviction. This violates the Constitution.”

The lawsuit, Nashville Community Bail Fund v. Gentry, was filed in U.S. District Court for the Middle District of Tennessee.

“Rule 10(B) has operated for years to drain wealth from individuals, families, and communities in Nashville who can least afford it. When the criminal court judges decided to use it to deplete resources from the Bail Fund something had to be done, because that decision threatens to eliminate the only way out of jail for people who simply can’t afford to pay any bail,” said Dawn Deaner, Choosing Justice Initiative executive director. “While eliminating the rule will not solve the bigger problem of Nashville’s irrational reliance on money bail, it’s a necessary step in the right direction.”

A copy of the complaint filed today is available at: https://www.aclu-tn.org/wp-content/uploads/2020/02/1-Complaint-Davidson-County-Bail-Rule.pdf

A copy of the court’s rule can be found at: https://www.aclu-tn.org/wp-content/uploads/2019/09/Davidson-County-Bail-Rules.pdf 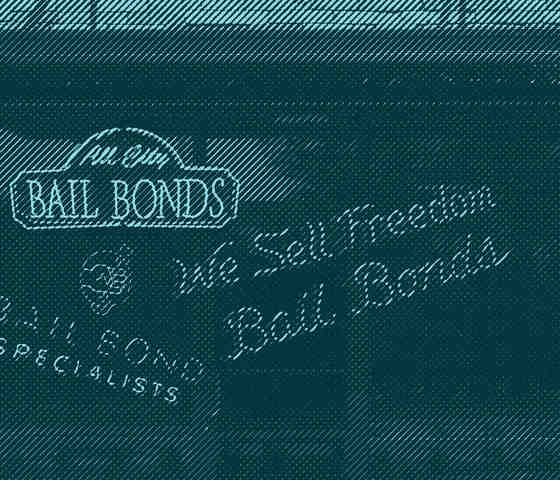