Obama Administration On Verge Of Reversing Decision On 9/11 Prosecutions 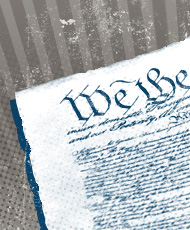 NEW YORK – According to the Washington Post, the Obama administration is on the verge of reversing itself on its earlier decision to prosecute the 9/11 suspects in federal criminal courts, opting for the military commissions system instead. The report indicates that the president’s advisers will soon recommend to him that he overturn Attorney General Eric Holder’s November decision to use civilian trials for the cases, and that an announcement could come in the next two weeks.

According to the American Civil Liberties Union, this regrettable reversal under political pressure will strike a blow to American values and the rule of law and undermine America’s credibility.

There have been over 300 terrorism-related convictions in the federal courts, while there have been only three in the military commissions, two resulting in sentences of less than a year.

“If this stunning reversal comes to pass, President Obama will deal a death blow to his own Justice Department, not to mention American values.

“If the president flip-flops and retreats to the Bush military commissions, he will betray his campaign promise to restore the rule of law, demonstrate that his principles are up for grabs and lose all credibility with Americans who care about justice and the rule of law.

“Even with recent improvements, the military commissions system is incapable of handling complicated terrorism cases and achieving reliable results. President Obama must not cave in to political pressure and fear-mongering. He should hold firm and keep these prosecutions in federal court, where they belong.”

More information on why terrorism suspects should be tried in civilian courts can be found online at: www.aclu.org/national-security/terrorism-cases-should-be-tried-federal-court