NEW YORK – States would save on average more than $66,000 per year by releasing each elderly prisoner they needlessly keep behind bars, a new report released today by the American Civil Liberties Union finds.

Despite evidence showing that elderly people are far less likely to commit crime than the rest of the population, more than $16 billion of taxpayer money is spent annually locking up hundreds of thousands of relatively low-risk prisoners who are 50 years of age and older, according to the ACLU’s report. Age 50 is the criminological consensus of when a prisoner becomes elderly because people age physiologically faster in prison.

“Extremely disproportionate sentencing policies, fueled by the ‘tough on crime’ and ‘war on drugs’ movements, have turned our prisons into nursing homes, and taxpayers are footing the bill,” said Inimai Chettiar, ACLU advocacy and policy counsel. “Lawmakers need to implement reforms that lead to the release of those elderly prisoners who no longer pose a safety threat sufficient to justify their continued incarceration and reform our sentencing policies to prevent this epidemic at the outset.”

The ACLU’s report, “At America’s Expense: The Mass Incarceration of the Elderly,” finds that by 2030, there will be more than 400,000 elderly prisoners behind bars, a 4,400 percent increase from 1981 when only 8,853 state and federal prisoners were elderly. This despite universal agreement among criminologists that the propensity to commit crime plummets with age. In 2009, just over two percent of individuals between the ages of 50 and 54 were arrested, and virtually no one 65 or older was arrested. As a national average, just five to 10 percent of aging prisoners return to prison for any new crime, according to the report.

The states currently imprison 246,600 Americans 50 and older, a generally low-risk population that costs much more to keep locked up than younger prisoners according to the report. It costs $34,135 per year to house an average prisoner, but $68,270 per year to house a prisoner 50 years of age and older.

And according to a fiscal analysis conducted by the ACLU’s in-house economist William Bunting as part of the report, states would save on average $66,294 per year by releasing an elderly prisoner who no longer poses a public safety threat – even when factoring in any government expenditures on released aging prisoners like healthcare or housing costs.

“Simply put, it is an unwise use of taxpayer dollars to spend enormous amounts of money locking up elderly prisoners who no longer need to be behind bars,” said Bunting.

The ACLU’s report calls on states to grant elderly prisoners access to a parole hearing, during which parole boards can use risk assessment tools to accurately evaluate whether a prisoner continues to pose a public safety threat or whether he or she can be safely released. Last year the state legislature in Louisiana, which incarcerates more people per capita than any other state, passed such a law, easing taxpayer burden and allowing prisoners to return to their families to care for them while at the same time maintaining public safety.

“The nation’s graying prisoner population has become a national epidemic that needs to be addressed immediately,” said Chettiar. “The United States cannot afford to continue to lock people up for no reason.”

To read the report, view a photo gallery of stunning images by Tim Gruber and watch a video featuring Louisiana warden Burl Cain, go to:
www.aclu.org/elderlyprisoners 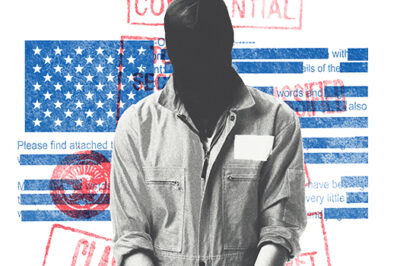