Not Charging the Officers Who Killed Alton Sterling Is a Travesty 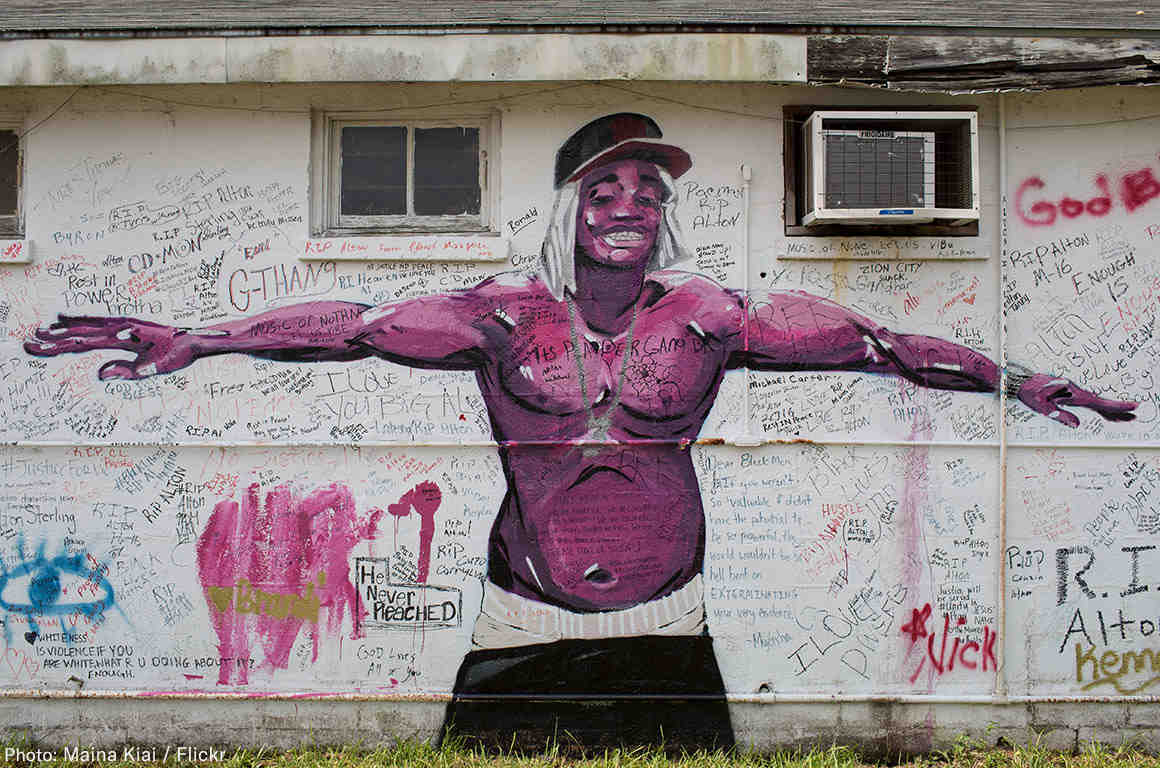 On March 27, Louisiana Attorney General Jeff Landry announced that his office would not bring criminal charges against the two police officers who shot and killed Alton Sterling as he lay pinned by them to the ground in front of a convenience store in Baton Rouge.

Attorney General Landry’s decision is two contradictory things: It is shocking, and it is unsurprising. The decision sends a clear message about policing in America today, and highlights the continuing crisis of accountability when it comes to unlawful use of excessive and deadly force by police.

The failure to hold police accountable for the killings of Black men and boys is standard practice at both the local and federal level. Last year, Attorney General Jeff Sessions, the nation’s so-called “top cop,” and his Department of Justice concluded there was insufficient evidence to bring federal civil rights charges against the officers involved in Sterling’s death. And, while the Baton Rouge Police Chief said disciplinary hearings would be held for the officers this week, the officers who killed Sterling, and whose killing of Sterling was caught on video, both remain employed by the Baton Rouge Police Department.

Sterling was one of 233 Black people shot and killed by the police in 2016. And while the national media spotlight on police violence has faded, the death toll has remained steady. The Washington Post Police Shooting Database records show 2934 people shot and killed by police between 2015 and 2017. That’s nearly 1000 deaths per year. Earlier this month, police officers in Sacramento fired 20 rounds at Stephon Clark, who was unarmed and standing in his own backyard. He died of the wounds inflicted on him by law enforcement. As did Danny Ray Thomas, another unarmed Black man, a man in mental distress, who was killed by police in Harris County, Texas, just days ago.

Sterling’s death is a glaring reminder that police officers too often use aggressive tactics and excessive force, informed by implicit bias rather than community protection. Upon first arriving at the scene, one of the officers reportedly put a gun to Sterling’s head and said “I’ll kill you, bitch.” The AG’s report describes the officer as giving Sterling a “stern” warning: “Don’t fucking move or I’ll shoot you in your fucking head.”

A death threat is not an acceptable warning. And, coming from police and directed at Black and brown people, death is too often the result. The ACLU of Louisiana and partner organizations are working to reform police practices to combat these killings.

Some reforms are already under way. In November 2016, the Baton Rouge Police Department, the East Baton Rouge Parish Sheriff’s Office, the Louisiana State Police, and the City of Baton Rouge committed to use only the level of force objectively reasonable to bring an incident under control, and use deescalation techniques when dealing with protesters. Baton Rouge Mayor Sharon Weston Broome, who took office in January 2017, has successfully pushed for implicit bias training, a stronger use-of-force policy, and expanded the use of body cameras to the entire police force.

That the officers who killed Sterling have not been charged is by no means the end of this fight. There are questions that must be answered about Sterling’s death, and we demand that all body camera and surveillance footage of the incident be released. We demand accountability, equal justice, and an end to racialized policing.

Alton Sterling didn’t have to die on the pavement that night. The Baton Rouge police officers chose aggression. They chose to shoot Sterling six times. We must address and dismantle the conditions that led the officers to use deadly force when it was not needed or legal. We must end the epidemic of police violence once and for all — and bring accountability to this broken system.

Congress Can Stop This Vicious Cycle of Debt-Based Poverty

This Minnesota Mayor Isn't Waiting For Another Police Shooting