When it reconvenes this fall, the Supreme Court will decide whether the Eighth Amendment of the U.S. Constitution can help stop state and local authorities from using people who come in contact with the justice system as their piggy banks. The case has ramifications for communities across the country, finally settling a question about whether the Constitution’s prohibition on excessive financial penalties only applies to the federal government or to all public authorities.

The court will hear Timbs v. Indiana, which shines a light on the government practice of squeezing low-income communities for money they do not have through asset forfeiture. State and local asset forfeitures, along with steep court fines and fees, have exploded over the past three decades, burying people — especially poor and low-income people — under mountains of accumulating debt.

Earlier this month, the ACLU submitted a friend-of-the-court brief to the U.S. Supreme Court in Timbs, arguing that the Eighth Amendment’s Excessive Fines Clause protects people from exorbitant financial penalties driven by state and local authorities’ quest to generate revenue.

In his case, Tyson Timbs' vehicle was seized following his arrest. He was convicted of drug offenses and had his Land Rover confiscated by the state of Indiana. The vehicle seized was worth four times the maximum fine that could be imposed for Timbs’ criminal charge. While the state’s lower courts found the seizure to violate the Excessive Fines Clause, the Indiana Supreme Court refused to decide the question on the basis that the U.S. Supreme Court has not explicitly ruled that the clause applies to states.

Our brief, filed with an array of organizations in support of Mr. Timbs, argues that the Eighth Amendment right to freedom from excessive fines, fees, and forfeitures — like the Eighth Amendment rights to be free from excessive bail and cruel and unusual punishment — is deeply rooted in American traditions and should be held enforceable against state and local authorities. The brief also lays out concrete data revealing a dramatic rise in state and local financial penalties — along with resulting abuses.

Since the 1980s, state and local governments have increasingly relied on court fines, fees, and civil asset forfeiture to raise public revenue and pay for courts and law enforcement — instead of raising taxes. The Justice Department’s 2015 Report on the Ferguson Police Department brought national attention to this problem. It exposed that the city finance director explicitly urged both the police chief and the city manager to write more tickets in order to make more money for Ferguson, revealing “insufficient thought” for “whether enforcement strategies promote public safety or unnecessarily undermine community trust and cooperation.” The Justice Department also found that policing motivated by financial incentives led to chronic violations of the First, Fourth, and 14th Amendments.

Ferguson is not alone. Across the country, the overreliance of state and local authorities on fines, fees, and forfeitures creates powerful incentives to impose and collect excessive financial penalties — regardless of an individual’s ability to pay. This has resulted in abusive conduct, including the use of arrest and jail to collect money from poor and low-income people. Debt from these financial penalties can lead to wage garnishment; loss of employment, utilities, and housing; poor credit ratings; driver’s license suspensions; denial of federal benefits; prohibitions on the right to vote; and even incarceration and family separation. At a minimum, such financial penalties force poor and low-income people to make impossible choices to meet basic needs for housing, transportation to work, healthcare, food, and hygiene.

Take, for example, Thomas Barrett of Georgia, an indigent man sentenced in 2012 to pay $200, to wear an ankle monitor, and to pay $360 in monthly monitoring fees — all for stealing a $2 can of beer. To make payments, Mr. Barrett sold his blood plasma each month, skipped meals, and regularly went without laundry detergent, toilet paper, and other necessities. Even with these sacrifices, he could not meet his monthly payments toward court fines and fees.

The Excessive Fines Clause provides an essential safeguard against such severe financial sanctions — a safeguard expressly intended by the framers of the Bill of Rights.

This view has critical support from across the ideological spectrum. The ACLU’s amicus brief is joined by the R Street Institute, a free-market-oriented advocacy organization. Other groups, ranging from the NAACP to the libertarian-leaning Cato Institute, Goldwater Institute, and Rutherford Institute, have also submitted amicus briefs arguing that the Excessive Fines Clause was intended to guard against abuse resulting from pressures on government to bridge budgetary shortfalls through fines, fees, and forfeitures.

The message is clear. States and local authorities need to stop using financial penalties through the justice system to raise revenue. The U.S. Supreme Court should rule that the Excessive Fines Clause plainly protects people from the abuses that inevitably arise when state and local authorities see dollar signs instead of human beings.

If you can't pay the fine, don't do the crime.

The whole thing with asset forfeiture is that they don't have to prove a crime was committed before they do it -- the person doesn't even have to be CHARGED, just "suspected" which could mean anything. And they don't get their stuff back even if they go to court and are found not guilty.

Article VI of the United States Constitution also governs the authority of local and state officials, including mayors, town councils, judges and even state legislators. Those officials are explicity listed in the actual wording of the "supreme law of the land". In Section 3 of Article VI, it also requires that local and state officials take an oath to uphold the U. S. Constitution as a condition of continued employment and authority.

Keep an eye on DC's traffic fines, too. They raised $100,000,000 last year, and are talking about lowering speed limits and increasing fines. These fines, of course, carry additional fees and penalties for non-payment.

And, then, there is Pagedale, MO. If 'we the people' are supposed to be who these laws are written for, how can these single communities charge people these excessive fees just to live there?

Wisconsin State legislators recently changed some of its asset forfeit-seizure laws due to complaints and accusations from political rights activists of profiteering abuse by police in their 'war on drugs' fiascos. Some of the news comments by pro-seizure mentalities tried to justify heavy financial consequences to the drug crimes are good deterrents. Which of course is feeble absurdity. Many of those 'punished' with seizures were not even guilty of anything! But their property was somehow involved in the drug bust and seized. So the Wisconsin legislators changed the recipient of the proceeds from government and state recipients to the School system receiving the booty from the seizures to de-incentivize the overly ambitious egregiously rights violating Swat Raids by police. Not a real remedy, but a start. I'm glad the ACLU is finally starting to focus on important rights issues for a change. 4th, 2nd, and 1st Amendment challenges are paramount to preserve our liberties these days as these rights are rapidly being erased by Totalitarian Creep and desperately need to be stopped before it will be impossible to even try anymore. So I'm back to supporting the ACLU again.

It's about time this egregious abuse of the Constitution is investigated and ruled upon. I have always felt that CAFL was unconstitutional and used only to increase profits for the Government since the law has rarely been applied to the people it was meant for, large scale drug dealers. Excessive fines/bails have also been abused and used as a way to unconstitutionally keep people in jail. Anytime a Judge sets bail in the hundreds of thousands or millions of dollars against people that obviously cannot make that bail it is wrong. If the Judge wants to keep someone in jail because of a fear that they will run then the Judge should not give bail instead of violating the law against excessive bail.

About time someone is trying to do something about this. I'd like to see asset forfeiture go away completely. The govt shouldnt be able to take your stuff.

To fine the person mentioned in this Article $200 dollars, 100 times the cost of the $2. can of beer he stole was bad enough. To charge him $360 dollars a month in fees for wearing an ankle bracelet was a crime. Did they charge the Banks 100 times the loss they CAUSED? That would have been $14 trillion times 100; about $1400 trillion. 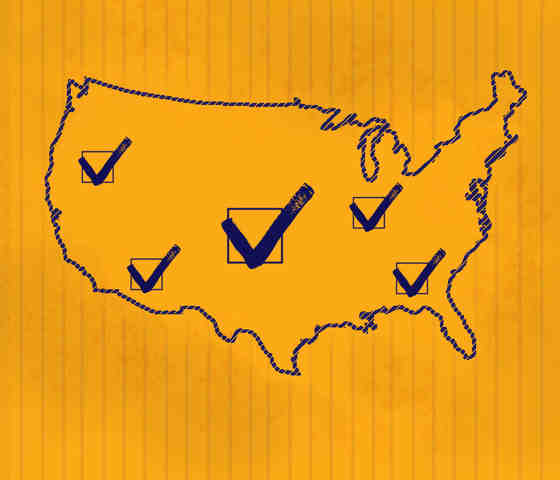 The Case Against Galveston County’s Pretrial Detention System Survives the...