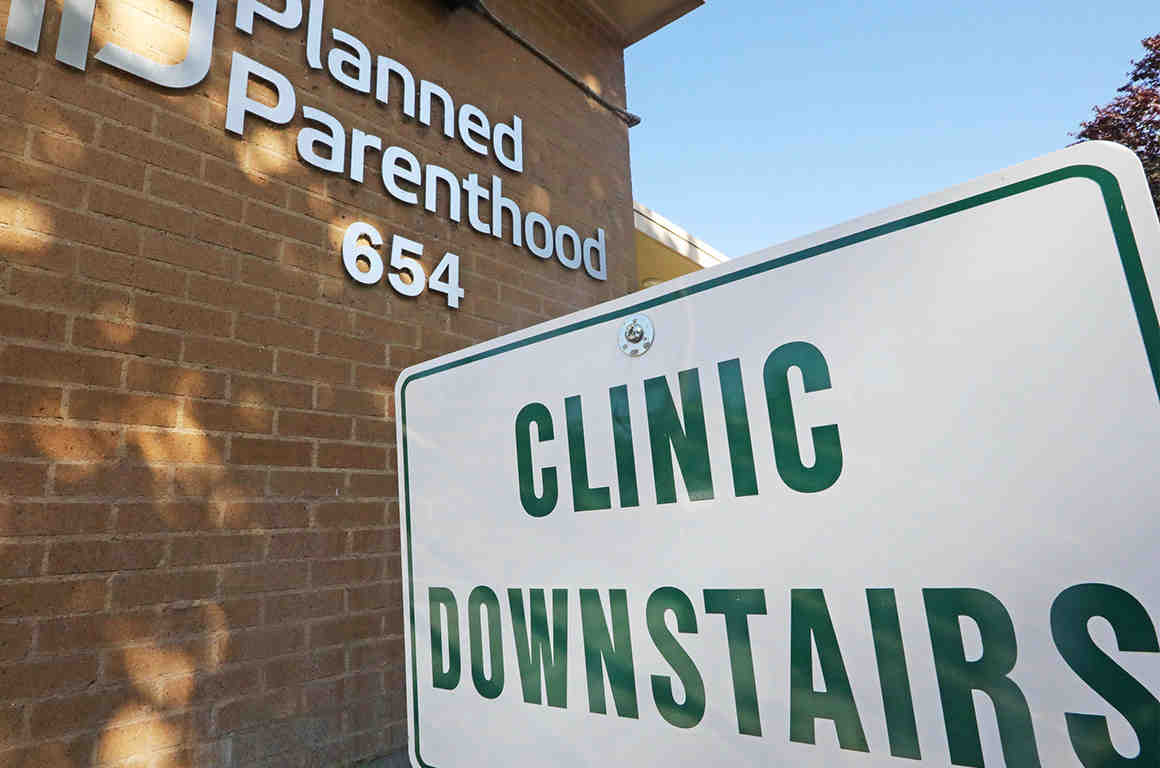 Title X is a federally funded family planning program that guarantees low-income people can receive critical health care services for free or at a reduced cost. For decades it’s been one of the most effective federal health care programs, providing a wide range of vital reproductive and other services for millions of people across the country who wouldn’t otherwise be able to afford them.

However, the Trump administration wants to undermine that success as part of an overall agenda that attacks people’s access to reproductive health care. Today, we are in the 9th Circuit arguing that the program should be protected from their efforts to destroy it.

Services that are provided under Title X include contraceptive care and information, sexually transmitted infection testing and prevention, cancer screening, and pregnancy testing and counseling.  In 2018, Title X family planning care was provided to nearly four million patients.  Two-thirds of them had incomes at or below the federal poverty level, and more than half were people of color.  For many, the providers they see through Title X are their only ongoing source of health care and health education.

The Title X program dates back to 1970 when, at President Nixon’s urging, a bipartisan Congress enacted it to improve access to family planning and to make birth control like “the pill” and IUDs available to all regardless of their income. For nearly five decades since then, the program has been a resounding success.

Under Title X’s previous rules, any patient who tested positive for pregnancy was provided counseling about their options, along with referrals to other providers—including abortion providers—upon request.

But the Trump administration’s new Title X rule allows providers to refuse to provide counseling that includes all pregnancy options for any reason, including if those options violate their religious beliefs. It also requires providers to refer all pregnant patients for prenatal care, even if the patient has decided to have an abortion, and blocks them from referring patients to abortion providers.

Through this rule change, the Trump administration is attempting to kick high quality providers out of the program and remake it into one composed of anti-abortion crisis pregnancy centers that do not want to provide the most effective forms of birth control and which do not discuss—let alone refer for—abortion. This will have a catastrophic effect on low-income people who rely on Title X. Many people will lose access to high-quality family planning services along with their primary source of health care. In March, the ACLU filed a lawsuit to block the new rule on behalf of the National Family Planning & Reproductive Health Association (NFPRHA), which is a membership organization representing family planning providers across the country, including Cedar River Clinics, who we also represent in the case.

We asked the district court to enter a preliminary injunction that would prevent the Trump administration’s new rule from going into effect.  We argued that the new rule violates the law and that if enforced, it would cause serious irreparable harm.  And we won.

But the government appealed, asking the U.S. Court of Appeals for the Ninth Circuit to lift the injunction so that it could enforce the new rule while the case moves forward in the lower court.  The Ninth Circuit ruled in the government’s favor.  This means that the Trump administration has already started dismantling the Title X network by requiring compliance with the new rule, which has forced many long-time providers to leave the program.

Today we’re asking the Ninth Circuit to reinstate the injunction to prevent the Trump administration from further carrying out its anti-health agenda and robbing people of critical family planning care.

Remaking the Title X program is just one piece of the Trump administration’s larger campaign to curb access to abortion and contraception at the federal level. Last year, for example, they tried to deny abortion care to immigrant minors in their custody until we stepped in, and they’re also trying to undo the Affordable Care Act’s requirement that employers and universities include insurance coverage for contraception in their health plans.These attacks, coupled with President Trump’s recent appointments to the Supreme Court, have emboldened hostile politicians to ratchet up their attacks on reproductive health care, including by taking direct aim at Roe v. Wade by passing draconian bans on abortion at the state level.

This is a concerted effort to take away people’s rights and block them from accessing reproductive health care. Taking family planning health care away from millions of people is downright cruel, and we won’t let them get away with it. We’re fighting back, and we hope you’ll join us.

Six Ways You Can Join the Fight for Abortion Rights

The Roe Draft Signals a Potential New Front in the Already-Raging War Against...