In July, 2006 the city of Hazelton, Pennsylvania passed anti-immigrant legislation that would punish landlords and employers who are accused of renting to hiring anyone the city classifies as an “illegal alien.” Businesses that refused to comply with the laws and investigate the immigration status of employees and tenants would be fined or denied business permits.

The ordinances, originally slated to go into effect November 1, 2006, were never implemented as a result of litigation brought by the ACLU and other civil rights groups starting in August 2006.  The federal suit argued that the ordinances illegally usurped the federal government’s exclusive power over immigration, in addition to violating due process and equal protection rights.

Hazleton officials blamed many of the town's ills, including crime and economic burdens, on undocumented immigrants. Supporters of the law stated that their goal was to drive so-called "illegal aliens" out of town.   At a two-week trial in March, 2007, the plaintiffs presented evidence showing that Hazleton’s attempt to scapegoat immigrants was based on distorted facts and propaganda, not reality. The case was closely watched across the country because the Hazleton ordinances had served as a model for similar anti-immigrant laws nationwide.

On July 26, 2007, District Court Judge James M. Munley  ruled the Hazleton ordinances unconstitutional, and prohibited the town of Hazleton from enforcing them. The town appealed that decision to the 3rd Circuit Court of Appeals, and in September, 2010, the 3rd Circuit also ruled the ordinances unconstitutional in a unanimous decision. The case went back before the 3rd Circuit appeals court after the Supreme Court’s ruling on Arizona’s anti-immigrant laws in 2012.  In July 2013 the Third Circuit Court of Appeals reaffirmed its earlier finding.  That decision came the same week the Fifth Court of Appeals ruled against a similar anti-immigrant ordinance in Farmers Branch, Texas.

In March, 2014, the U.S. Supreme Court denied Hazleton’s request that it hear the case, leaving in place the earlier federal court rulings finding the ordinances unconstitutional and ensuring that they will never go into effect. Plaintiffs’ petition for approximately $2.8 million in legal fees is currently pending in the district court. 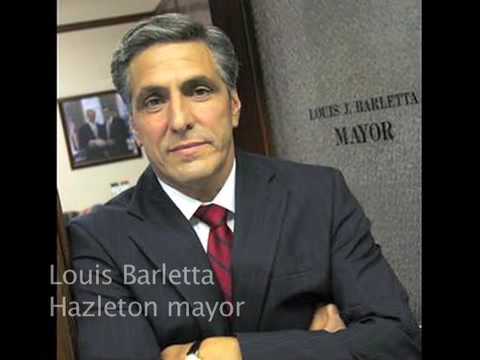