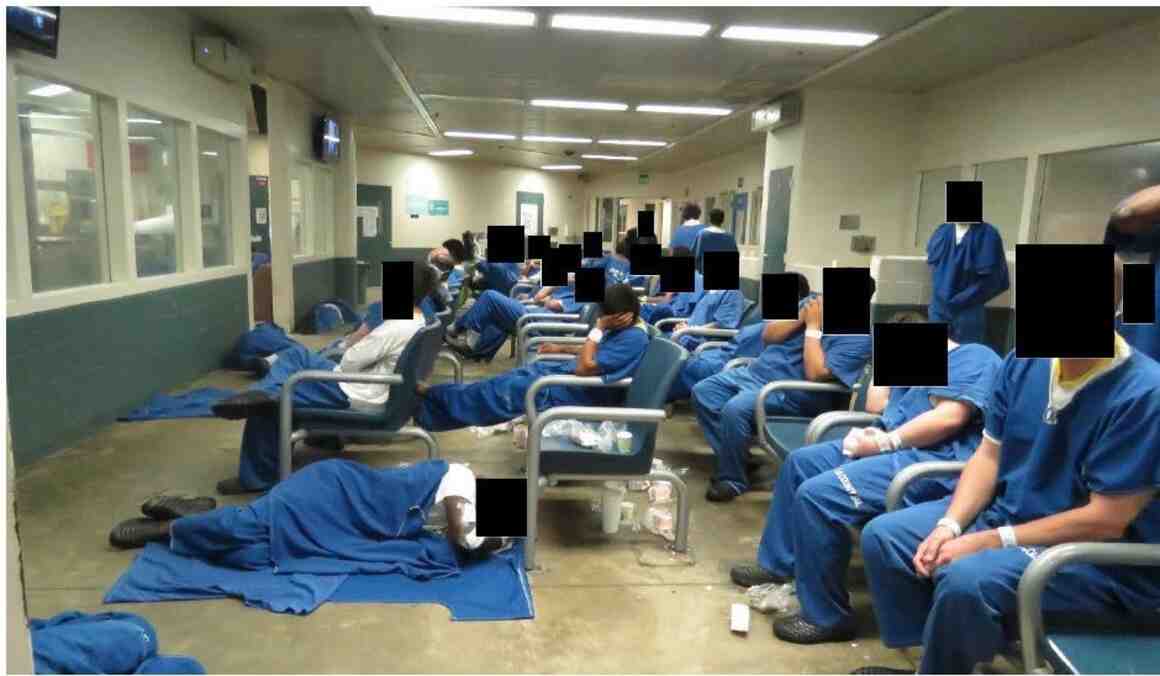 Conditions at the LA County Jail system have been the subject of court oversight since 1978.

During summer of 2022 visits to the Los Angeles Jail system’s booking facility known as the Inmate Reception Center (IRC), attorneys with the ACLU recorded abhorrent conditions, including:

In response, the ACLU National Prison Project and the ACLU of Southern California filed an emergency motion on Sept. 8, 2022, asking a federal judge to order the County to limit custody at the IRC to 24 hours at most and to improve conditions so they meet minimum legal standards.

People who are arrested in Los Angeles County are taken to the IRC, where they are meant to get booked and moved to another facility within 24 hours. However, because of catastrophic overcrowding in the Los Angeles County Jail system — the largest jail system in the nation — people end up detained in abysmal conditions at the IRC for days at a time, violating decades of court orders.

On Sept. 16, 2022, U.S. District Judge Dean D. Pregerson issued a Temporary Restraining Order directing LA County and Sheriff Villanueva to immediately fix the massive backup in the jail’s IRC after county lawyers conceded to revelations of horrific treatment of people confined there. The order prohibits the county from keeping people in the IRC beyond 24 hours and from chaining anyone to a chair in the IRC Clinic “front bench” for more than four hours. The county must also keep the IRC clean, provide functional toilets, drinking water, food, and adequate medical and mental health care, including medications for psychiatric and chronic medical conditions

People who are incarcerated in the LA County Jails can call ACLU SoCal collect at #45. Their loved ones can call the ACLU SoCal family hotline at (213) 977-5209.