An innocent man is dying of terminal liver cancer on Texas’s Death Row.

The ACLU and Kirkland and Elllis have asked the The Texas Board of Pardons and Paroles for clemency of Max Soffar, an innocent man dying of liver cancer on death row. The board has issued a letter stating that it has no authority to consider Soffar’s petition because he has no execution date. The response highlights the dysfunction of our capital punishment system: although Mr. Soffar has been on death row for over 30 years, his appeals are nowhere near complete and will not be resolved before aggressive liver cancer takes his life. He has no execution date from the State of Texas, but cancer will kill him soon and Texas refuses to hear his legitimate claim for clemency.

Innocent & Deprived of a Fair Process

In sum, [Max Soffar]’s confession does not inspire confidence in its accuracy; it appears to be a tale told by one who heard about the robbery-murders rather than by one who committed them.
Judge Cathy Cochran, Texas Court of Criminal Appeals

I am glad I will not be standing in [my fellow judge’s] shoes, if and when Soffar is executed solely because of the third statement he signed in this case.
Judge Harold DeMoss, United States Court of Appeals for the Fifth Circuit

We note . . . the long-standing questions of his innocence of the crime for which he was convicted, and the evidence that another man likely committed the crime. The Texas justice system will no longer have the opportunity to comprehensively review this evidence.
Former Texas Governor Mark White
Former FBI Director William S. Sessions

He has terminal liver cancer that has spread, in the form of an inoperable tumor, to his right portal vein. There appears to be no medical question of whether Mr. Soffar will die from this condition, only a question of how long he has to live.
Abby Siegel, M.D., Columbia University Medical Center

He will eventually die from progression of [his cancer]. . . [and] suffer from increased pain, jaundice and eventually develop a picture of liver failure.
Ahmed O. Kaseb, M.D., MD Anderson Cancer Center

Entitled to Mercy and Justice

Imagine you have spent 34 years of nights trying to figure out how to prove that you did not commit a crime. Imagine questioning God and humanity day in and day out. Imagine just when you think that your lawyers have found the evidence that will exonerate you and set you free…you are told you are dying of liver cancer and will not live to see your innocence proven. This is the case of Max Soffar #685. This is why we are writing to ask that you open your hearts and extend mercy.
Texas Baptist Reverends Dr. Larry Bethune, Heather Mustain, Dr. Stephen V. Sprinkle, Dr. Alan bean, Chad Mustain, Jeff Hood, Stephanie True, Charles Foster Johnson, in a letter to the Board of Pardons & Paroles

I call on you today to use your unique power to grant merciful justice to Mr. Max Soffar that has so far been denied him and which you alone can give.
Sister Helen Prejean, in a letter to the Board of Pardons & Paroles

The Injustice that Sent Max to Death Row

Soffar was arrested in 1980 for an infamous robbery-murder at a Houston bowling alley. After trying to turn in an acquaintance for the bowling-alley murders, Soffar eventually implicated himself after being subjected to a three-day marathon of aggressive, unrecorded interrogation, which culminated in a false confession, typed by police, that the officers convinced a worn down Soffar to sign. The police discovered almost immediately that one of Soffar’s claims – that he had burglarized the bowling-alley the night before – was completely false. At the time, Soffar was 24 years old, but because of a long history of brain damage and substance abuse, he had the mental capacity of an 11-year-old.

The false confession is the only piece of evidence linking Soffar to the crime. As noted in the petition for clemency, several judges have concluded that the confession is inconsistent with other evidence in the case, which clearly points to a man named Paul Reid — a serial killer who died in 2013 on Tennessee’s death row. Reid can be linked to the scene and confessed to the crime to one of his accomplices.

One day after the bowling-alley murders, police interviewed a witness who worked at the bowling alley and who told the police that he and one of the murder victims – bowling alley manager Stephen Sims – had to kick out an unruly customer shortly before the crime. The man they kicked out later phoned the bowling alley and said, you “better have eyes in the back of [your] heads, because ‘I am going to blow your heads off.’” The witness’s telling report to the police sat unnoticed in a file for nearly 28 years until it was found by lawyers for Soffar. In 2008, the bowling alley witness was shown a photograph of Reid from the 1980’s and immediately identified him as the person they had kicked out of the bowling alley, and who later called to threaten to kill them.

In 2004, a federal court found Soffar had received ineffective counsel and reversed his conviction. In 2006, Soffar was again tried, convicted, and sentenced to death. As before, his conviction was based solely on his own statements. The jury did not hear anything about Reid – including incriminating statements he had later made about the bowling-alley murders, and that Reid’s Tennessee crimes were startlingly similar to the bowling alley murders – because the trial judge ruled he was not sufficiently connected to the crime. As it turned out, the missing connection was the bowling alley witness.

A Texas district court judge is now considering whether to awarded Soffar relief based on his showing that Paul Reid committed this crime and that his trial lawyers were ineffective for failing to bring the bowling alley witness’s statements to the jury’s attention.

However, given Soffar’s terminal diagnosis, his appeals will not be completed by the time he passes away, so it falls to Governor Rick Perry to show mercy by using his power to grant Soffar clemency. This innocent man should be allowed to die at home with the support of his friends and family. 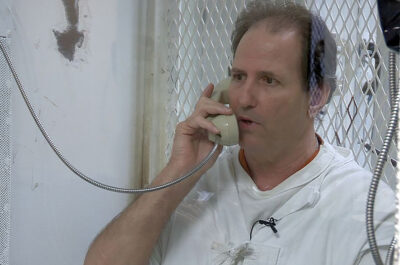 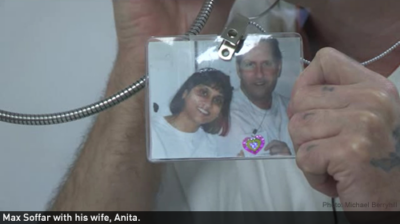 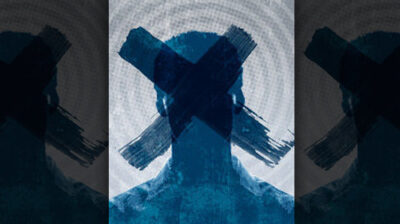 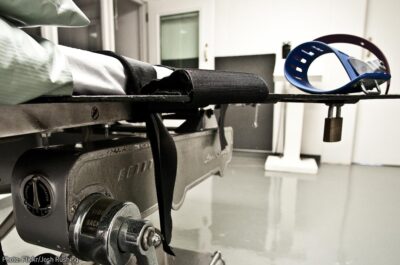 Jerry Guerinot: Most Dangerous Defense Attorney Ever?
Support our on-going ligitation and work in the courts Donate now