Challenge to CA Prop 8, which bans marriage for same-sex couples.

On November 5, 2008, the ACLU, National Center for Lesbian Rights, and Lambda Legal filed a lawsuit challenging the validity of Proposition 8 in the California Supreme Court on behalf of six couples and Equality California. 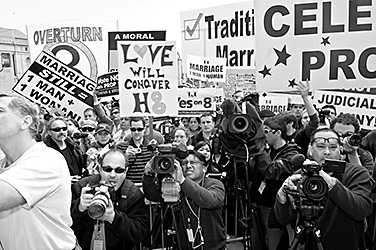 CASE STATUS:  On May 26, 2009, the California Supreme Court ruled against overturning Proposition 8.

Getting Rid of Prop 8