The world’s prison capital
The United States has the highest incarceration rate in the world, both per capita and by volume, making up close to five percent of the world's population yet more than 20 percent of the world's people in prison.
Racial disparities are 6 to 1
At the end of 2019, the imprisonment rate among Black men was nearly six times that of white men. And the rate for Black women was double that of white women.
$80 billion
The United States spends over $80 billion on incarceration each year. 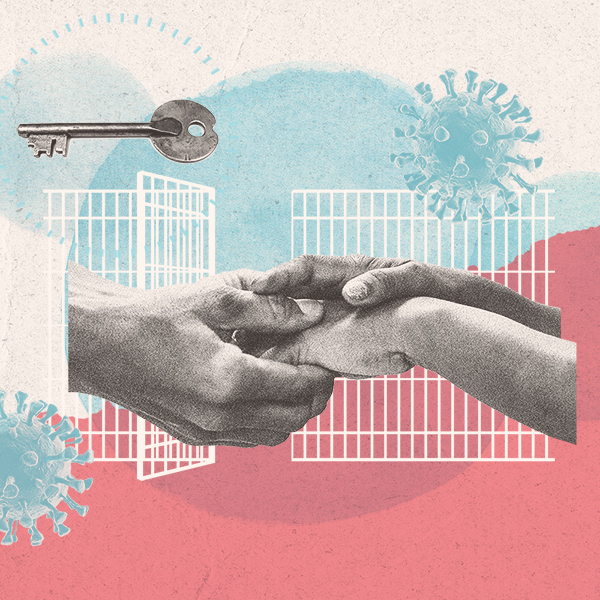 The Redemption Campaign is a nationwide effort to liberate 50,000 people from federal and state prisons by executing campaigns that push elected officials from the president to all state governors to use their existing clemency powers in new and transformational ways.

The United States is in the grip of a mass incarceration crisis that has devastated families, harmed communities, and deepened racial inequities in the criminal legal system and throughout the nation. The U.S. incarcerates more people, in both absolute numbers and per capita, than any other nation in the world.

The ACLU Campaign for Smart Justice is working in all 50 states and Washington DC for reforms to usher in a new era of justice in America. Since 2016, Smart Justice has played a leading role in the passage of more than 450 laws, which have resulted in tens of thousands of fewer people incarcerated. We have engaged in 45 district attorney races in 15 states–making more than 42 million voter contact attempts–lobbied more than 5,000 state lawmakers, placed more than 197,072 phone calls and sent more than 1 million texts, worked with more than 23,500 volunteers and 1,900 partner organizations, and led more than 288 lobby days in state capitols to push for reforms. Smart Justice is fighting every day in the legislatures, the courts, in the voting booth, and in the streets to end mass incarceration. We are particularly focused on: