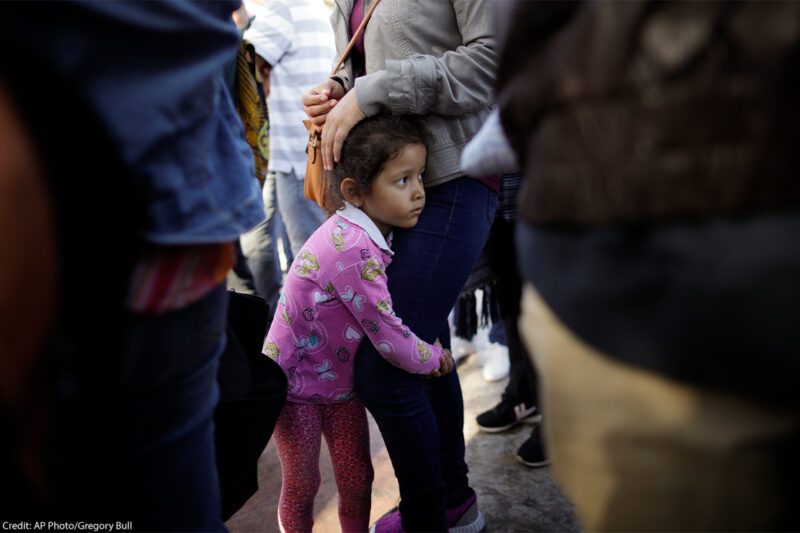 Chronic dysfunction and abuse within the agency call for a serious reckoning.

Twenty years ago, President George W. Bush signed legislation authorizing the largest reorganization of the federal government in more than half a century — piecing 22 offices from five departments into one enormous bureaucracy: the Department of Homeland Security (DHS).

In a paper published this week, we set out 15 reforms to DHS for the Biden administration and Congress to consider. We call for important fixes to the way DHS operates–but its problems run deep, and this moment requires a serious reckoning, which includes a fundamental restructuring.

Twenty years later, it’s past time to seriously reconsider DHS. Its abusive practices aren’t just antithetical to our values — they are a waste of taxpayer dollars and a distraction from serious problems facing people in our country.

From the beginning, creating DHS was a bad idea — and many of the people who helped make it happen had misgivings. When Democratic Senator Joe Lieberman proposed it, White House conservatives reportedly balked because it would mean a vast new federal bureaucracy. But President Bush reportedly decided it was “politically expedient” to sign the bill. So Congress and the White House essentially wrote a blank check –one of many that spawned a post-9/11 national security state that threatened to put the country on a permanent war-time footing — and wrongly treated the “homeland” as if it was under continuous, existential threat.

Into the new agency went components of immigration, intelligence-gathering and disaster management; DHS also swallowed the Coast Guard and the Secret Service. “The process for deciding which existing agencies would be moved to DHS, and which ones would stay in other departments, was haphazard at best,” wrote journalist Dara Lind. A former high-level DHS official likened it to a “shotgun marriage” among agencies “some of whom still don’t recognize the department as a department.” The result was poor management and accountability, even as the agency’s budget and staffing continued to balloon.

The sprawling agency was intended to be united around a mandate to “protect the American homeland” — a framing that begs the question, protect from whom? The answer became clear over the last two decades: Activists and peaceful protestors, immigrants with deep community and family ties, people seeking refuge in this country, non-citizens encountered on the high seas, anyone going through the airport. In truth: Potentially anyone.

This overbroad and elastic mandate was always a danger to civil liberties. Back in 2002, we warned that DHS would reach into every nook and cranny of our lives and liberty. We called the initial blueprints for the agency constitutionally bankrupt.

And in many ways, our fears have been realized. “DHS’s overbroad mandate and unchecked powers have turned it into a tinderbox, now ignited by a president willing to trample on the constitutional limits of presidential powers,” ACLU Executive Director Anthony Romero wrote in August 2020. In July, the Trump administration had sent DHS personnel to racial justice protests across the country — as we collectively reckoned with the killing of George Floyd and our nation’s history of police brutality and racism.

Many of us remember the startling news reports from that summer: DHS agents beat demonstrators, grabbed individuals and forced them into unmarked vans, and unlawfully arrested dozens.

“If there is one thing we have learned from the authoritarianism on display in Portland, it’s that we have to remove the loaded weapon that sits on the proverbial coffee table in the Oval Office,” our Romero warned. We called for the dismantling of the department into its component parts and for a reduction of its budget to “allow for more effective oversight, accountability and public transparency” and ensure “the spun-off agencies will have clearer missions and more limited functions.”

For many observers, DHS attacks on protestors were the tip of the iceberg — and not far below the water’s surface was the recent horror of DHS separating parents from their children at the border (some of those children are still missing); the cruelty of DHS claiming legal authority to deny soap, toothbrushes, and sleep to children in its care; and the blatant xenophobia and racism of the Muslim and African travel bans.

The Biden administration has shifted away from the Trump administration’s use of DHS to police protests and abandoned several abusive programs. But in too many ways, DHS remains on course to continue imperiling civil liberties. As the Biden administration turns from the midterm elections to its agenda for the next two years, it should prioritize meaningful reforms that do not require congressional action, including:

The creation of DHS brought components of the Immigration and Naturalization Service into the fold of a national security-driven agency, explicitly linking immigration enforcement with countering terrorism. Subsequently, funding for immigration enforcement soared — driven by a misplaced security mandate, rather than documented need. Driven by this new excess funding, ICE developed the capacity to reach into communities across the nation — in large part by tapping state and local law enforcement agencies to assist in deportations.

As a result, millions of people across the nation live in heightened fear that an encounter with local police could lead to their deportation or the deportation of loved ones — and the separation of their families.

DHS should limit Immigration Customs and Enforcement’s (ICE) ability to tap state and local law enforcement agencies to assist in deportations, a practice that leads to racial profiling and harassment of immigrant communities, by ending the 287(g) program. It can start with the 54 law enforcement agencies with egregious civil rights records that we identified last spring.

As DHS grew, detention of immigrants exploded — from an average of 19,000 people detained on a given day in 2001 to 57,000 people at its peak during the Trump administration. It’s been a boon to private prison giants CoreCivic and GEO Group, which received a combined $4.2 billion in revenue in 2022. Their contracts with ICE have enabled them to project growth to their investors despite President Biden’s 2021 executive order phasing out private prison contracts with the Justice Department.

Mass immigrant detention is unjust and unnecessary. Most individuals in ICE detention are locked up pending adjudication of their civil immigration cases, which means they have not been ordered deported and in fact very well may have the legal right to remain in the United States. Many languish in detention for months and years for no reason, only to win their cases. In detention, people suffer medical neglect, sexual assault, dangerously unsanitary conditions, beatings, and retaliation when they protest.

President Biden should build on his 2021 executive order on private prison contracts by ending for-profit immigrant detention, releasing detained people, and supporting community-based alternatives that enable immigrants to navigate the immigration system and fairly make their case for protection from deportation.

CBP has been at the heart of some of the most troubling abuses of recent years, from family separation to holding families and children in outdoor cages to keeping unaccompanied children in inhumane conditions. CBP officers almost never face consequences for their actions.

Addressing impunity within the agency must start with DHS taking steps to bolster the role and authority of the CBP Office of Professional Responsibility and DHS Office for Civil Rights and Civil Liberties. DHS should require both entities to publicly report the outcomes of their investigations and recommendations — a reform members of Congress have proposed. The agency should also ensure all internal policies are made public and available for public scrutiny and congressional oversight. DHS should update use of force and vehicle pursuit policies to align them with professional best practices, better protect people from deadly encounters, and improve accountability.

Yet DHS keeps expanding. “They keep making the case for more money from Congress by continually saying that they’re failing at their mission,” the former head of the Immigration and Naturalization Service Doris Meissner said in 2020. “And Congress keeps pouring more and more money in.”

Using its oversight and appropriations authorities, Congress should use this moment to assess and reform DHS holistically — examining its chronic waste and fraud, the profiteering by private prison companies and other DHS contractors, the negative influence of DHS on state and local law enforcement agencies and grantees, problems at the DHS Office of Inspector General and other internal watchdogs, and susceptibility to politicization and weaponization against domestic dissent.

Twenty years later, it’s past time to seriously reconsider DHS. Its abusive practices aren’t just antithetical to our values — they are a waste of taxpayer dollars and a distraction from serious problems facing people in our country.