Accountability vs. Privacy: The ACLU’s Recommendations on Police Body Cameras 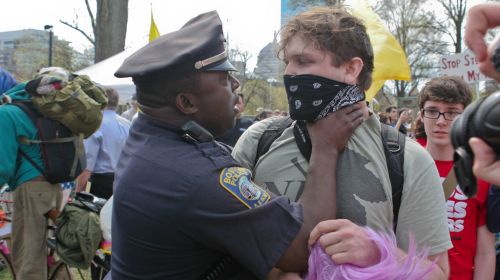 Today we’re releasing our policy recommendations on police “body cameras” (also called “on-officer recording systems” or “cop cams”), small cameras that clip on to an officer’s uniform and record audio and video of the officer’s interactions with the public.

This is a technology that, from what we are hearing, is being rapidly adopted by police departments around the country. It’s also a technology that raises a lot of complex policy questions: it has the potential to serve as an excellent oversight mechanism to prevent police abuses, but also a very real potential to invade privacy.

Our basic position is that we support this technology, as long as it is accompanied by a proper policy framework that addresses two tricky but crucial questions around how these cameras will be deployed and used:

In our brief (5 ½ page) paper, we offer recommendations for how departments should achieve these important goals. We suggest rules for notice, retention of video, the use of recordings, and access to recordings by the subjects and by the public, as well as technological controls for how video data is stored and handled.

We will be watching to see how the technology plays out in the real world, and will revise our position if needed to ensure the right balance between police oversight and Americans’ privacy rights.

The full recommendations are online here.