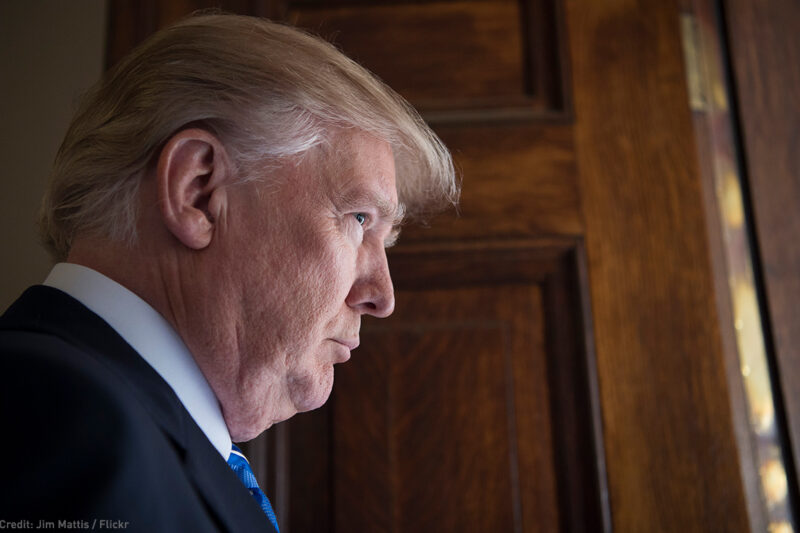 Under a proposal expected to be introduced in the Senate very soon, President Trump would get a blank check from Congress to go to war virtually anywhere on the planet. The ACLU has sent a letter to all senators strongly opposing this new Authorization for Use of Military Force, also known as the AUMF.

It would be hard to overstate the depth and breadth of our concern about this new AUMF as it has been described in reports. The resolution sponsored by Sen. Bob Corker (R-Tenn.) would almost irretrievably cede to the president the most fundamental power that Congress has under Article I of the Constitution: the power to declare war. It would give the executive branch the sole authority to send American troops to countries where we are not currently at war and to use military force against groups that the president alone decides are enemies. The resolution would reportedly have no restrictions against using lethal force anywhere, whether missile attacks or American troops on the ground.

Meanwhile, the Senate Foreign Relations Committee, chaired by Corker, has largely ignored the consequences of authorizing the use of military force against Syria, while Trump continues to tweet threats of action. With the stakes for catastrophic war so high in Syria, it would be a dereliction of duty for Congress to cede such extraordinary power to the executive.

An AUMF and a declaration of war are the two methods that Congress has used to exercise its exclusive power to declare war. The two most recent AUMFs were passed in 2001 to authorize the use of military force in Afghanistan against the perpetrators of the 9/11 attacks. In 2002, a resolution was passed to use military force against the Saddam Hussein regime in Iraq. Through three presidents, both of these authorizations have been used for purposes far removed from its intent and language.

But the answer to rein in these overly expansive authorizations is for Congress to repeal or roll back the current AUMF — not to pass something that is far broader and more dangerous than current law.

The Corker AUMF would reportedly authorize force — without limitations — in at least six countries and against a long list of organizations. The president would be able to add additional countries as well as additional enemies, including groups that do not even exist yet. The president could even add the U.S. to the list of places where lethal military force can be used. The additions — which are very similar to new declarations of war — would simply have to be reported to Congress to take effect.

In order for Congress to bar an expansion, it would require a two-thirds majority in both houses, given that the president would presumably veto legislation to curtail an expansion that he ordered. This aspect of the legislation would permanently upend the Constitution’s process for going to war. Article I of the Constitution provides that Congress can authorize war with a majority vote and the signature of the president. By contrast, the Corker resolution would authorize the president to go to war with the stroke of a pen.

To make matters worse, unlike other congressional measures that give significant authority to the executive branch, this legislation reportedly has no expiration date.

This proposal would cause colossal harm to the Constitution’s checks and balances, would jeopardize civil liberties and human rights at home and abroad, and would lead to a breathtakingly broad expansion of war without meaningful oversight. It would represent a sharp break from U.S. adherence to international law, including the United Nations charter.

The ACLU, along with other human rights, civil liberties, and religious organizations will make it our mission to stop this authorization from becoming law. Passing it would cause irreparable harm for future generations.