How the Impact of Bostock v. Clayton County on LGBTQ Rights Continues to Expand 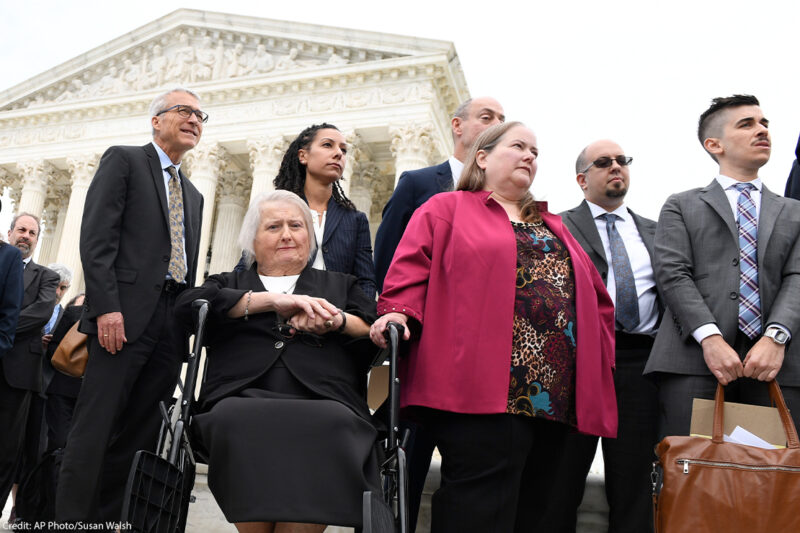 The effects of this landmark Supreme Court victory are amplified in states, federal agencies, and courtrooms throughout the U.S.

Today is the second anniversary of the Supreme Court’s landmark decision in Bostock v. Clayton County. The ACLU represented Aimee Stephens and Don Zarda in their lawsuits, which were joined on appeal with Gerald Bostock’s, and we argued Bostock on their behalf to the nation’s high court. Stephens, Zarda, and Bostock were each fired from their jobs solely because they were members of the LGBTQ community. On June 15, 2020, we won: The court held that everyone in every state in the country who works at or applies for a job with an employer that has at least 15 employees is protected under federal law against employment discrimination based on sexual orientation or gender identity.

The LGBTQ community sought this achievement for more than 50 years. Prior to this monumental win, workers in fewer than half the states had established legal protections against sexual orientation and gender identity discrimination in employment, and now workers in all 50 states, as well as federal territories, do. Those who suffer such discrimination now have the right to file a complaint with the federal Equal Employment Opportunity Commission (EEOC), which will investigate the complaint, seek to resolve it, and either file suit on behalf of the complainant or authorize them to file suit.

That’s because the Supreme Court recognized in Bostock that, as a matter of simple logic, “it is impossible to discriminate against a person for being homosexual or transgender without discriminating against that individual based on sex.”

Among the federal decisions that have relied on Bostock’s reasoning was a ruling in the ACLU’s long litigated Grimm v. Gloucester County School Board case. In the final appeal in that litigation, the federal U.S. Court of Appeals for the Fourth Circuit held that, after Bostock, there is no question that adverse, unequal treatment of transgender students — including barring them from using restrooms corresponding to their gender identity — discriminates based on sex in violation of Title IX, the federal law prohibiting sex discrimination by federally funded schools.

Bostock’s impact also extends to the federal agencies that enforce these laws. On his first day in office, President Biden issued an executive order directing all federal agencies to recognize that existing federal bans on sex discrimination protect against LGBTQ discrimination as well. The order was a welcome balm after four years under an administration that did not acknowledge Bostock and would not enforce the legal protections that LGBTQ people enjoy under federal law.

But Bostock changed more than just how our federal laws are understood. Courts, administrative agencies that enforce state nondiscrimination laws, and state government officials in 10 states that have express statutory prohibitions on sex discrimination likewise already have recognized that those laws prohibit sexual orientation and/or gender identity discrimination in at least some contexts. Such state protections often go further than federal laws, prohibiting sexual orientation and gender identity discrimination by businesses serving the general public and by smaller employers than are regulated by federal law. The result is that, in addition to federal protections, LGBTQ people now have protections under the law of more than 60 percent of the states.

As we experience great threats to civil liberties across our nation and unprecedented legislative assaults on the rights of transgender young people, keeping our triumphs in mind is important to sustain and build resiliency and hope. Don Zarda passed away before his case reached the Supreme Court, and Aimee Stephens watched the Supreme Court argument but did not live to see the outcome. Their legacy lives on, however, in the protections that now exist not only in federal employment law, but under numerous other federal and state nondiscrimination laws and rules. Especially during Pride month, remembering and commemorating the impact of their victory in Bostock makes us very proud, and gives us the strength to keep fighting.