Why Have a Forum on Reparations in Charleston and Why Now? 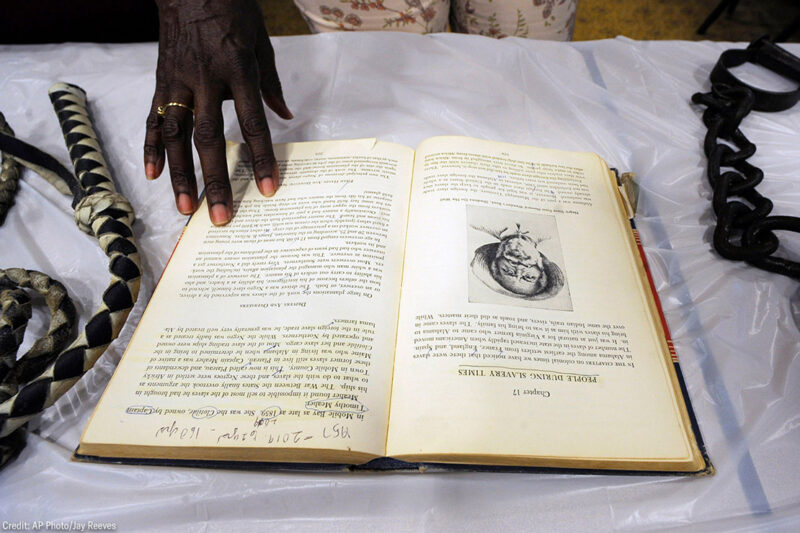 The ACLU and National African American Reparations Commission are partnering to hold a panel on H.R. 40 in Charleston. Here's why.

Jeffery Robinson, Executive Director, The Who We Are Project
Share This Page
October 31, 2019

This year marks 400 years since enslaved, kidnapped people were purchased by the forefathers and – mothers of America. Are the events that began 400 years ago connected to today? William Faulkner wrote, “The past is never dead. It’s not even past.”

On June 19, 2019, the National African American Reparations Commission (NAARC) and the American Civil Liberties Union (ACLU) held a forum on H.R. 40 in the historic Metropolitan AME Church in Washington, D.C. As a follow up to that event, NAARC and the ACLU are joining with the ACLU of South Carolina and Ben and Jerry’s Ice Cream to sponsor a second forum on H.R. 40 and reparations entitled: From Enslavement to Reparations: A 400-Year Journey for Justice.

The event will be held on Saturday, November 2nd at 1 pm at the Gaillard Center in Charleston, South Carolina.

The first step to any successful reparations program is a reckoning – acknowledging and addressing the effects of past mistakes. When you attempt to understand America’s 246-year history of enslaving Black people, it is critical to understand that the Civil War didn’t end white supremacy in America. Rather, it heralded in a new era of white supremacy in different forms – Jim Crow Laws and Black Codes, “separate but equal” being affirmed by the Supreme Court, redlining to prevent Blacks from becoming homeowners and the war on drugs ushering in mass incarceration. When trying to understand how these legacies of white supremacy have impacted America in 2019, there is no better place to begin than Charleston.

The American Slave Coast by Ned and Constance Sublette explains how Charleston played a key role in the two primary phases of the slave trade. Charleston’s location was an ideal landing place for ships carrying human cargo during the importation phase, which lasted until around 1808. The domestic breeding stage, which began after America outlawed the importation of enslaved people, helped maintain the slave populations through the mass rape of Black women to produce new slaves. . The American Slave Coast reminds us that many white plantation owners used the term “natural increase” to describe this horrific practice. The International African American Museum estimates that 80 percent of African Americans can trace their roots back to Charleston.

While the existence of slavery was never a question to the new American nation, who was going to profit from slavery was a matter of great concern. The newly ratified United States Constitution guaranteed that the “Migration or Importation of such persons” (enslaved human beings) could not be prohibited by Congress until 1808.

South Carolina was concerned that because a state could not pass a law prohibiting the trade until 1808, the Constitution would be amended before then. South Carolina doubled down to protect its interests and found its answer in Article 5 of the U.S. Constitution which prevented any amendment of Article 1 Section 9 until 1808.  Not surprisingly, in 1807, South Carolina merchants imported the highest volume of enslaved people in any one-year period in the history of the North American slave trade.

Charleston’s recent apology for the role it played in the buying and selling of enslaved people in America is a start, but not enough.  If Charleston – and America – is to truly have a reckoning with our past, action must follow the apology. For example, Charleston’s segregated schools and neighborhoods withstood the test of civil rights laws and the Fair Housing Act, and Charleston is still one of the most segregated cities in America. A jury in North Charleston refused to convict the police officer who murdered Walter Scott. Most recently, the murder of nine innocent African American churchgoers at Mother Emanuel AME Church in Charleston are still painfully fresh in our collective consciousness.

Charleston continues to be proud of John C. Calhoun, who was a prominent South Carolina politician for almost three decades. Calhoun also was a proud racist who made it clear that he saw a major difference between white people and Black people being quoted as saying, “with us the two great divisions of society are not the rich and the poor, but white and black; and all the former, the poor as well as the rich, belong to the upper class, and are respected and treated as equals, if honest and industrious; and hence have a position and pride of character of which neither poverty nor misfortune can deprive them.” Calhoun also believed that the freedom of one race depended on the bondage of the other. “I fearlessly assert that the existing relation between the two races in the South, against which these blind fanatics are waging war, forms the most solid and durable foundation on which to rear free and stable political institutions.”

The Gaillard Center in downtown Charleston, where this forum will be hosted, shares a disturbing commonality with Mother Emanuel AME Church – they are both located on Calhoun Street. The remains of enslaved people were also found in the 2013 structural renovations of the Gaillard Center. It’s clear that in Charleston, the past is not dead – it’s alive and well.

The arguments in favor of reparations have been known and recognized for decades. Individual efforts began immediately following the Civil War. Members of the National African American Reparations Commission have fought for reparations since before Representative John Conyers introduced H.R. 40 for the first time in 1988. This is not a new struggle, so what is different now?

The advocacy of those who have been engaged in the struggle for reparations for decades have worked like water on stone, never letting the potential promise of reparations die. Additionally, new voices have added to the movement for America’s reckoning with its past. Ta-Nehisi Coates article “The Case for Reparations” continues to impact people. Groups like Movement for Black Lives and efforts like The 1619 Project from the New York Times have brought new ideas to the table. H.R. 40 now has 118 cosponsors – before this year it never had more than 52.

Much of the critique of the renewed light shone on the history of enslaved people by projects like the New York Times 1619 Project can be put into two broad categories: 1) Why do you hate America? 2) Reparations would unfairly hold people accountable for something they never did or benefitted from.  Here is why both are wrong.

Some people confuse critiquing America with hating America. True love allows for and encourages criticism, especially when it relates to an issue like racial justice. The refusal to look at our history and our present circumstance in order to find the unvarnished truth is a betrayal of the principles our country claims to hold dear. At the end of the day, you cannot support reparations unless you truly love America. Not a superficial love, but rather the kind of love that demands that we face the truth because we will be better for it.

What about the complaint that the Civil War ended 154 years ago and Blacks in America need to get over it?  Our history is full of proof that demonstrates the legacy of slavery has had a continual impact on criminal law, economic and educational opportunity, access to quality health care, and housing in America. This objection is countered by the provisions of H.R. 40. Before there can be any recommendations about reparations, a committee will have to investigate our history to see if the facts justify a system of reparations and let the truth come out.

In We Were Eight Years in Power: An American Tragedy, Ta-Nehisi Coates spoke to the true reason why a caricature has been made of the movement for reparations. He said, “Mocking of reparations as a harebrained scheme authored by wild-eyed lefties and intellectually unserious black nationalists is fear masquerading as laughter.” It’s time for our country to quit hiding behind that mask of fear and finally reckon with our past.