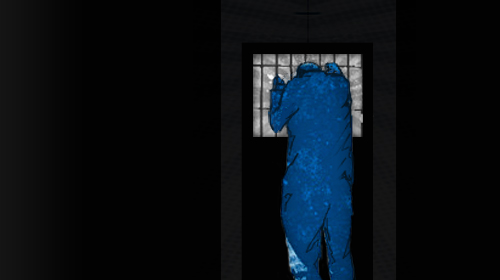 The U.S. is unique among nations in its use of solitary confinement as an integral and regular component of its treatment of prisoners. Though there are no official numbers, a conservative estimate is that about 80,000 human beings are locked alonefor 22 hours or more each day in small, often windowless cells, isolated from any human contact (with the exception of very limited contact with prison staff), with no access to classes, job training, drug treatment, work or any other kind of rehabilitative programming. The mentally ill, disproportionately represented in solitary confinement, often become even more desperately ill, sometimes engaging in self-mutilation or even suicide. Even some healthy prisoners begin to exhibit symptoms of mental illness after a short time in solitary. Thousands of youth are also locked away in this manner each day, in both adult and juvenile facilities.

The use of solitary confinement in the U.S. is an urgent and pervasive problem deserving of the world stage and worldwide condemnation. The U.S. should implement the recommendations of the Special Rapporteur, but greater global attention and action will be needed to ensure this nation’s use of solitary confinement is consistent with international human rights standards.