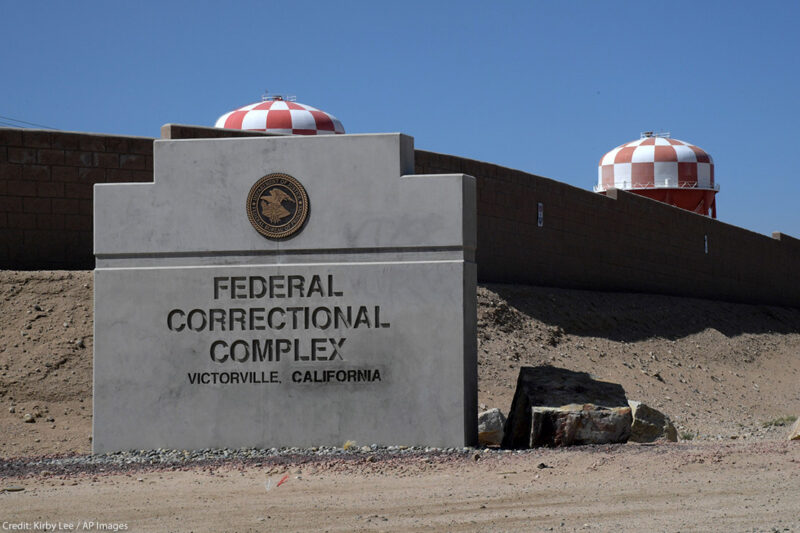 What happens when federal prison staff speak out on the dangers ravaging their facility during COVID-19? Almost nothing, it seems.

Last fall, we sued the Federal Bureau of Prisons and other federal agencies demanding the release of critical information about their failed response to COVID-19 in federal jails and prisons. After a year of stonewalling, the documents slowly trickling in are frightening: desperate pleas from on-the-ground staff to their supervisors about incarcerated people and staff dying. In one instance, after months of radio silence from supervisors, an employee at the Yazoo City federal prison in Mississippi wrote:

Let that sink in. This is a federal government employee implying that the federal government is breaking the law. Instead of helping incarcerated people (or on-the-ground staff), BOP dodged responsibility and protected leadership, as seen in their response to the whistleblower:

The whistleblowing employee made clear that this wasn’t his first time asking for help:

What options remain for on-the-ground prison staff — much less the people incarcerated in these facilities — whose requests are blatantly ignored? Internal communications reveal that senior staff knew, in no uncertain terms, about the dangers and proceeded with business as usual anyway. For example, across the country from Mississippi, the BOP headquarters forced a prison in Victorville, California to go forward with a staff training despite the threat of COVID.

“Any additional extensions will have a negative effect on staff annual leave,” leadership threatened the prison staff. The vice president of the facility’s union protested, copying his previous unaddressed email: “I never received a response from any[one]. 3 days after my email a staff member in this region passed away … The staff member at FCC Victorville put his own life at risk while working the isolation unit, paying the ultimate price … I conclude this email in disgust.”

Ignoring alarm bells about health emergencies in federal prisons only heightened the damaging collateral effects of COVID faced by people of color, a community over-represented in our federal prisons. Last spring, when positive COVID rates were still rising and incarcerated people were dying in federal and state prisons across the country, a discussion was taking place within BOP to limit eligibility and ultimately end home confinement. Home confinement allows an incarcerated person to be moved to their residence or a specified location instead of prison for the duration of their sentence.

“The staff member at FCC Victorville put his own life at risk while working the isolation unit, paying the ultimate price … I conclude this email in disgust.”

This affected Michael Ryle, a 77-year-old man who was eligible for parole but had not been approved prior to his death on Jan. 8, 2021. Emails between Assistant Director Andre Matevousian and the BOP Emergency Operations Center contain a running list of people who passed away in facilities due to a lack of testing and distancing, sparse masking, poor ventilation, and failure to release people despite the authority to do so. Many of the names listed were Black and Brown people suffering from pre-existing medical conditions and inadequate health care.

The crisis is far from over as COVID cases once again surge across the country. BOP Director Michael Carvajal has maintained a culture of impunity that Attorney General Garland and President Biden must address. The BOP is an agency under the Department of Justice, making Garland’s responsibility paramount. Meanwhile, the Biden administration’s plan to bring roughly 2,000 to 4,000 people back into deadly prisons portends a continuation of these horrors, as new detentions combined with the delta variant set those incarcerated — particularly older and medically vulnerable people — up for illness and death. Our demand for documents continues, in an attempt to both hold the government accountable for its actions and to protect lives going forward.