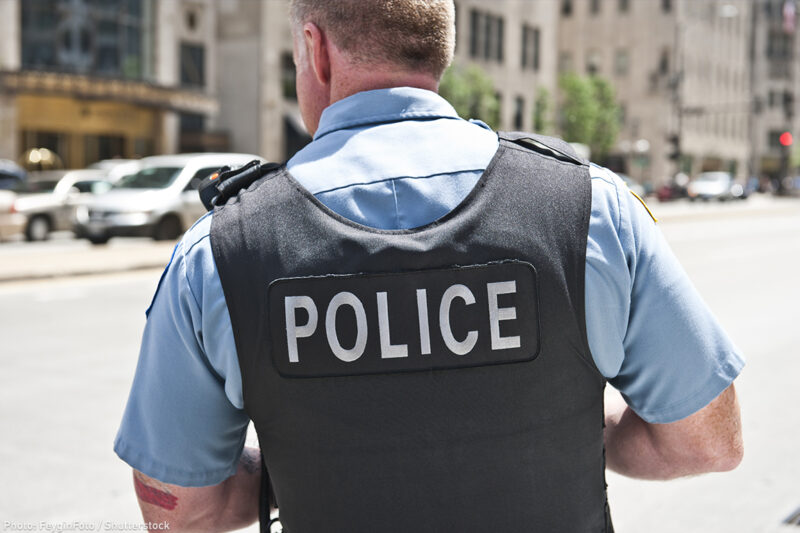 Jeffery Robinson, Executive Director, The Who We Are Project
Share This Page
May 16, 2017

“I am not going to shoot you, brother.”

In what world do those words being said by a police officer result in that officer being fired? You don’t have to go down the rabbit hole in search of a place where up is down, left is right, and war is peace. All you need do is go to Weirton, West Virginia.

Police Officer Stephen Mader was fired from his job for not killing a Black man when he could have. He’s now in a battle that seems both absurd and highlights the absurdity of our times: He has to sue to regain his reputation and his right to work because he did not kill a suicidal man who was “armed” with an unloaded gun.

R.J. Williams was grappling with depression when his former girlfriend called 911 and reported that Mr. Williams had an unloaded gun and was suicidal. Officer Mader, however, arrived on the scene before that information was even relayed to law enforcement, so he was going to have to rely on his training in the absence of this information. How his use of that training steered his actions tells vital things about police training and police action.

When Mader pulled up, Mr. Williams brought his hands from behind his back, revealing his gun. Mader was facing a Black man with a gun, without backup, at night, on the street. We’ve seen this story before. We’ve seen how it usually plays out: The police kill another Black man. Excuses are made for the officer who shot, and the media cycles through its outrage or lack thereof. Then the nation returns to business as usual. It’s the callous cycle of Black killing.

So why didn’t Mader shoot to kill?

This is a deceptively simple question with important, complex answers that reveal the problems with our criminal justice system.

Given the reality of policing in America, his refusal to shoot an “armed” Black man could not have come from fear of prosecution. In 2015, the Guardian reported that police in America killed 1,145 people. There were 18 prosecutions. Black men were killed at twice the rate of whites, and Black men between 15-34 years of age were killed at five times the rate of whites in the same age group. Unarmed Black men are killed by police every year and the consequences are frighteningly similar — leave with pay until the “no charges to be filed” decision is announced and then head back to work — sometimes with a promotion. Prosecution is the last thing Mader had to worry about. So if it wasn’t fear of prosecution, what was it?

The answer: He followed his training and had a deep respect for the sanctity of life.

Mader did not shoot because he did what conscientious law enforcement leaders say every officer should do. He analyzed the full situation. By taking into account all the factors he could, he consequently saw more than a Black man with a gun. He saw a person in distress who was not acting aggressively. R.J. Williams never aimed his gun at Officer Mader. Having been trained in the military in deescalation tactics, Mader followed his training.

Instead of yelling, “GET ON THE GROUND OR I WILL BLOW YOUR HEAD OFF,” he calmed his voice and spoke slowly and softly. He engaged. He listened to what Williams was saying, which amounted to repeated pleas to “just shoot me.” He evaluated Williams’ demeanor. Even though the dispatcher failed to say that the gun was not loaded, Mader came to that conclusion.

Mader understood that he was facing someone who was trying to commit “suicide by cop.” He saw someone in intense pain, not someone looking to hurt him. Officer Mader showed the bravery and compassion we should value in every police officer. “I’m not going to shoot you, brother,” he told R.J. Williams. Then two other officers arrived on the scene, and the situation worsened.

Mr. Williams began to raise his hand with the gun, and one of the newly arrived officers shot and killed him. Officer Mader’s assessment that the gun was unloaded were confirmed when the gun was checked. By this time, Mr. Williams had indeed committed suicide by cop. The situation should have been deescalated. Deescalation saves lives. Full stop.

His training served Officer Mader well, and it led him to make the right decision. His department did not serve him well. It fired him for making the right decision. That is what’s wrong with the criminal justice system today as seen on a community level with law enforcement.

In Chicago, Laquan McDonald had a knife in his hand and was shot 16 times in 14 seconds. The situation was not deescalated. In Camden, New Jersey, a man with a knife in his hand was approached by police and instead of killing him they followed him for several minutes, clearing people out of harm’s way, until they could tackle him and take him into custody with no one injured, no one killed. The situation was deescalated by police.

Respect for life and adherence to deescalation techniques is what we should expect from our police officers. It’s why training is critically necessary. It saves lives.

Officer Mader did everything in his power to preserve life that night in Weirton, West Virginia. He resisted the impulse to respond with force. He was on his way to saving Mr. Williams’ life when the other two officers arrived. If we mean what we say about the need for deescalation in police departments around America, Stephen Mader deserves our thanks. He deserves our praise.

But most importantly, he deserves his job back.