I Was an ACLU Legal Observer During the St. Louis Protests. Here’s What I Saw. 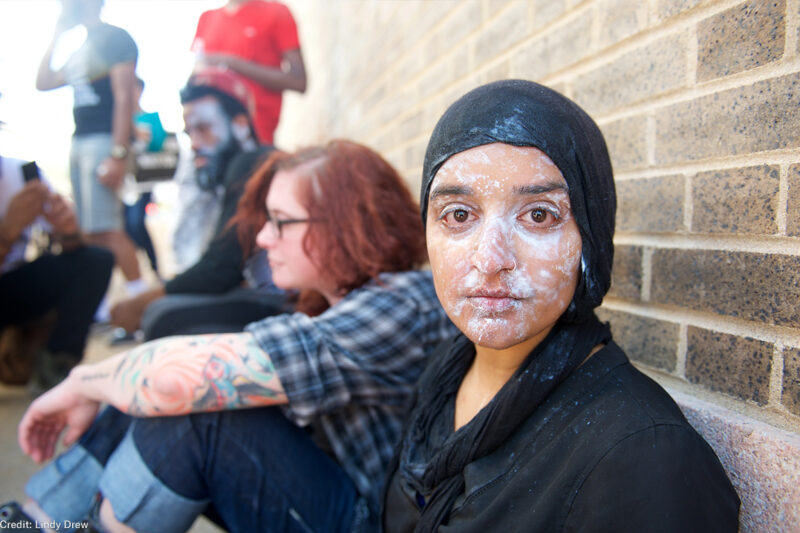 ST. LOUIS — Over the last week, I have been on the streets of St. Louis monitoring the police crackdown on protests sparked by the acquittal of Officer Jason Stockley on charges he murdered Anthony Lamar Smith. And though there have been real moments of darkness, I also have seen things that give me hope.

Last weekend, I witnessed St. Louis police department endanger people by using pepper spray and releasing smoke bombs. It was legal observers like me who documented incidents, gathering smoke bomb canisters left in street to bring back to teams of attorneys as evidence. If it wasn’t for citizens acting as legal observers, the ACLU of Missouri would not have the evidence it needed to file its suit last Friday over police using chemical agents, interfering with video recording of police activity, making arbitrary arrests, and surrounding and confining people to detain them in what is called “kettling.”

As a legal observer, I report objectively about what I witness. As an organizer, a mom of three kids, and a Black woman, it’s really hard to see all the things that are going on. I’ve watched police form lines around innocent protesters or tap their batons to intimidate people who have nothing in their hands except a Black Lives Matter sign.

I saw a man lie down in the middle of the gathering and tell the crowd, “I feel free.” It was an indescribable moment.

Two nights ago, I went back out on the streets to observe the police. Standing on the corner, I saw one little boy who was about 7 years old followed by a group of kids. He was asking for a gas mask to wear and couldn’t find any. I offered them some extra masks I had in my set of supplies. As they put them on and disappeared into the crowd, I thought about my earliest memories as a 5-year-old. For these kids, these will be their memories of growing up in St. Louis.

People are coming together with incredible solidarity because they feel beat down by the justice system and by what they perceive to be injustice. The outpouring of community protests here is not just about demanding justice for Anthony Lamar Smith, or for Mike Brown in Ferguson, but for the situation that so many Black and brown residents face being overpoliced and criminalized.

The level of support community members offering to each other is tremendous. When almost two dozen people were arrested at the St. Louis Galleria on Saturday, many came together to set up camp outside the jail where people were being sent. They brought coolers of water, pizza, and snacks and waited until people were released from jail.

There’s a sense of urgency and determination. In these past two weeks, clergy members have been arrested and assaulted by police. When Reverend Karla Frye reacted to her grandson getting assaulted by the police, she was put in a chokehold and charged with a felony.

The protesters here know that what they are doing is important and the whole nation is watching. Last Sunday, actor Nick Cannon was in the crowd among protestors shouting, “Whose streets? Our streets.” I felt the energy. I saw a man lie down in the middle of the gathering and tell the crowd, “I feel free.” It was an indescribable moment. This solidarity is creating a sense of safety that is rare to feel.

People in St. Louis are asking themselves an important question: Do I feel Black lives matter? People are waking up to the situation Black people in America are in and waking up to the fight for justice. The strong sentiment here is, we survived Ferguson. We don’t want to be here again, but if we must, we’re going to stay together and support each other.