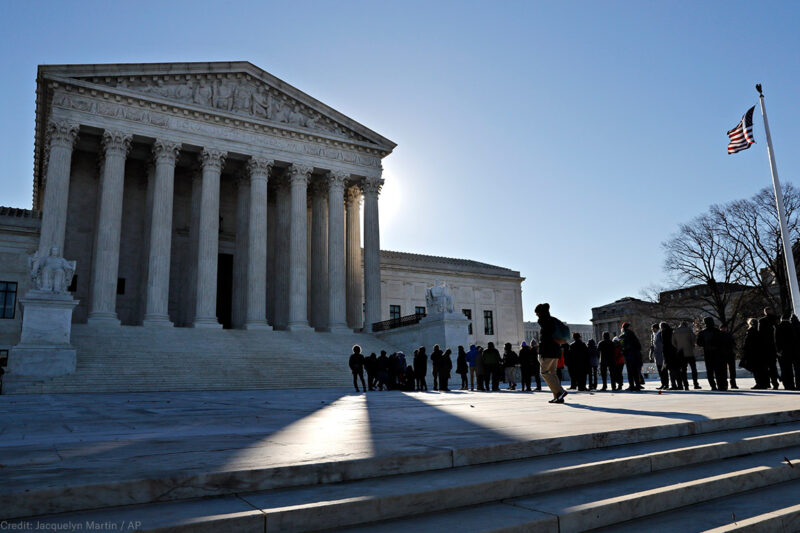 The 84 percent of Americans who oppose civil asset forfeiture can be forgiven for having the impression that the U.S. Supreme Court ended abusive use of this practice last month in Timbs v. Indiana when it ruled that the Excessive Fines Clause of the Eighth Amendment applies to the states. Some media hailed it as a huge victory. But the celebration is premature.

So what really happened?

The Timbs opinion recognizes that the Constitution guarantees freedom from excessive monetary sanctions as a fundamental right. But crucial questions remain about what practical difference the Supreme Court’s decision will make in ordinary people’s lives, particularly in the context of civil asset forfeiture.

The question of whether the Excessive Fines Clause should apply to the states wasn’t a difficult one to answer. Indeed, at the oral argument, Justice Gorsuch made fun of Indiana’s Solicitor General, saying: “I mean, most … of the incorporation cases took place in like the 1940s.” Yet, he noted, that we’re “still litigating incorporation of the Bill of Rights. Really?”

The oft-divided court was able to rule unanimously in favor of the plaintiff, Tyson Timbs, partly because the narrow issue of whether the clause is “incorporated” and therefore binding on the states was the only question before it. So while the court said that the Excessive Fines Clause applies to Timbs’ civil asset forfeiture case, it didn’t say that Timbs’ forfeiture case violates the Excessive Fines Clause.

As we noted in our amicus brief, the historical roots of the Excessive Fines Clause indicate that courts need to consider an individual’s financial circumstances in order to evaluate whether a fine or forfeiture is excessive. But the Supreme Court has never squarely answered this crucial question, and it didn’t reach it in Timbs. So far, the court has only held that a criminal asset forfeiture violates the Excessive Fines Clause when it is “grossly disproportional to the gravity of the defendant’s offense.”

This “grossly disproportional” standard is a start. But, as the almost entirely unchecked growth of civil asset forfeiture has shown over the last 30 years, it is too vague, too general, and too varied in application to provide a meaningful limit on asset forfeitures. The court has similarly referenced a “grossly disproportionate” standard when evaluating whether a criminal sentence violates the Eighth Amendment’s prohibition against cruel and unusual punishments.

Protections under the Cruel and Unusual Punishment Clause have been minimal in practice. Punishments struck down as grossly disproportionate are basically the equivalent of legal unicorns. Indeed, the Supreme Court has affirmed life sentences for shoplifting.

During the oral argument in Timbs, Justice Kagan addressed this concern directly, noting, “we’ve made it awfully, awfully hard to assert a disproportionality claim with respect even to imprisonment” and if the same standard applies under the Excessive Fines Clause, “we could incorporate this tomorrow and it would have no effect on anybody.”

The Timbs opinion hints that its immediate, practical impact may be limited. The Supreme Court explains that, “all 50 States have a constitutional provision prohibiting the imposition of excessive fines either directly or by requiring proportionality.” That means even before Timbs it was clear that property owners could argue that a civil forfeiture violated their state constitutional right against excessive fines.

But these state constitutional provisions have not historically served as a bulwark against the proliferation of civil asset forfeiture. One reason is that state supreme courts often follow the lead of the U.S. Supreme Court and interpret their state constitutions as providing the same level of protection that the U.S. Constitution provides.

When it comes to current U.S. Supreme Court case law interpreting the Eighth Amendment, that protection isn’t much.

Notwithstanding this cause for skepticism, Timbs is a 9-0 decision in favor of someone convicted of a drug crime and whose car was seized and forfeited as a result. Victories like this at the Supreme Court are rare and worthy of attention, even where their legal holding is relatively limited. Timbs can be a starting point for the work needed to establish a meaningful right to be free from excessive monetary penalties. We should treat the decision as an invitation to litigate these claims more often and push courts to make the Excessive Fines Clause a more robust protection against government overreach.

But even if we succeed at that, significant structural barriers would still stand in the way of a strong Eighth Amendment restraining civil asset forfeiture.

The biggest barrier to the Excessive Fines Clause restraining civil asset forfeiture is that owners who want their property back are not entitled to a court-appointed lawyer because the proceedings are deemed civil, not criminal. This means most people go unrepresented because it is economically irrational to hire a lawyer in cases when the value of the property taken is less than the cost of hiring a lawyer. And, as we showed in our complaint in Cox v. Voyles, when people try to represent themselves, they’re fighting against government lawyers who are expert in these systems, expert in dirty tricks, and therefore expert in defeating even meritorious claims on procedural grounds.

More insidiously, as Cox also demonstrated, some people are justifiably afraid to fight their cases with or without a lawyer. For example, though the state law at issue in Cox has now changed as a result of our litigation, the law at the time allowed the government to recover its own attorneys’ fees from people who fought to regain their seized property and lost. But if they won, the state didn’t have to pay for the property owners’ attorneys’ fees. This meant that whatever the outcome of the case, many property owners would lose money if they dared to fight for their rights in court.

Or consider that police in Tenaha, Texas, spent years seizing property from Black and Latinx people traveling through town, threatening the travelers that if they did not turn over their cash and disclaim their rights to it, they would be arrested on money laundering charges and, in some instances, have their children taken by child protective services.

All of this means that Timbs — bolstered by a robust Excessive Fines Clause we have yet to establish — could only restrain civil asset forfeiture, case by case, if property owners fight back in court. So long as these barriers to fighting civil forfeiture cases exist, a back-end solution is simply not enough.

There is potential, though, for a solution before the asset seizure takes place.

One of the most pernicious parts of many civil asset forfeiture laws is the profit motive baked into them. In too many states, police and prosecutors get to keep a lot of the money that they bring in through forfeiture. This creates a perverse incentive for law enforcement to make decisions that maximize their profits instead of maximizing public safety. In other words, policing for profit. This self-interest, in our view, violates the Due Process Clause of the 14th Amendment and therefore renders such arrangements susceptible to wholesale invalidation.

Getting civil forfeiture laws struck down on this basis and preventing people from unjustly losing their property in the first place would be a major step towards eliminating or seriously curtailing the abusive use of civil asset forfeiture. In Marshall v. Jerrico, the U.S. Supreme Court recognized that procedural due process imposes a limit on “scheme[s] injecting a personal interest, financial or otherwise, into the [law] enforcement process.”

The court stated that such schemes in some contexts “raise serious constitutional questions.” The court identified three factors to consider when someone alleges that a law enforcement official’s financial interest in enforcement violates the Constitution. First, whether the official stands to profit economically from vigorous enforcement. Second, whether the enforcing agent is financially dependent on the maintenance of a high level of penalties. And third, whether the law enforcement agency’s budget is so dependent upon this source of income that officials have a direct financial incentive to increase enforcement efforts. Many civil asset forfeiture laws suffer from all three defects and are therefore constitutionally suspect, as we successfully argued in Cox.

So, while Timbs is far from a fatal blow to this outrageous practice, it can serve as a jumping off point for our much broader efforts to eliminate civil asset forfeiture.