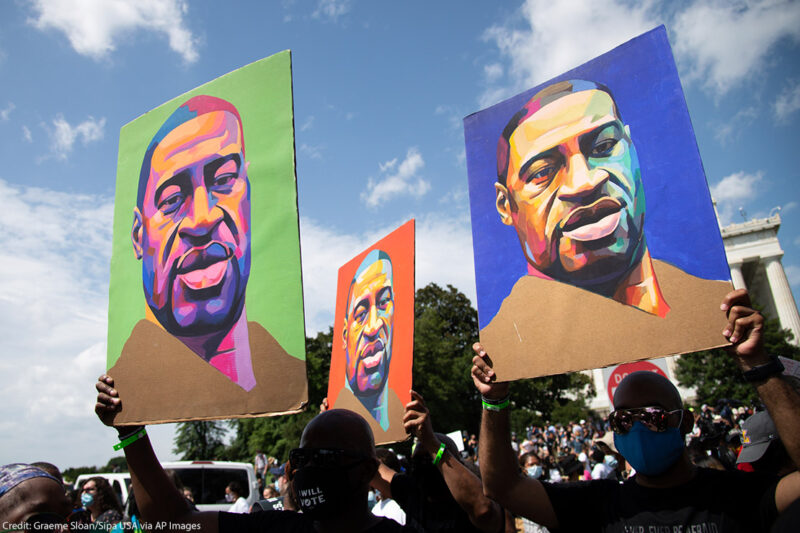 Two years after the murder of George Floyd, a new executive order on police reform offers a starting place, but does not go far enough.

This article was published in partnership with the Center for American Progress.

Last week, the Biden administration signed an executive order on police reform. The order comes two years after George Floyd was murdered at the hands of police in Minneapolis, which sparked nationwide protests against the violence inflicted on Black people by the police officers charged to serve and protect them. People took to the streets demanding action, not just to hold individual officers accountable, but also to challenge the systemic racism that has been ingrained into American policing since the country’s founding. Commemorating this grim moment in American history yet again serves as a critical reminder of all that still needs to change to do justice to George Floyd’s memory — and the memory of countless other Black people who have suffered from police violence outside of the national spotlight. People who have been killed by police officers while leaving a convenience store, sleeping in their bed, or being pulled over for a traffic stop.

I just signed an Executive Order that delivers the most significant police reform in decades. It will increase accountability, ban chokeholds, restrict no-knock entries, and more for federal law enforcement officers — and it incentivizes state and local officers to do the same.

President Biden
@POTUS
25 May, 2022
To prevent tracking by Twitter, we are showing a preview. See original tweet.

The executive order, “Advancing Effective, Accountable Policing, and Criminal Justice Practices to Enhance Public Trust and Public Safety,” represents the most substantial federal action on police reform since George Floyd’s murder and comes after the Senate failed to pass the more comprehensive George Floyd Justice and Policing Act in 2021. Yet, it does not go nearly far enough to save lives. Reforming the institution of policing and reimagining safety remains an urgent priority that will require brave and sustained commitment across all levels of government as well as collaboration with communities that have been most harmed by police violence.

The executive order also contains important provisions that improve investigations into deaths in police custody; strengthen the effectiveness of pattern-of-practice investigations; ban chokeholds and carotid restraints except in certain circumstances where use of deadly force is authorized; enhance recruitment, training, and retention practices; ensure the use of body-worn cameras by federal law enforcement officers; and advance key criminal justice reform and reentry measures.

The administration should also continue to push for stricter use of force standards at all levels of policing, making it clear that deadly force in particular should only be used as a last resort and once all other options are exhausted, and fully use its grant-making authority to influence state, local, and tribal law enforcement agencies to align their policies with federal standards. It should also close the remaining loopholes in the transfer and sale of military equipment to local police. Finally, this order will only be as strong as its implementation. The administration must ensure proper protocols and training to implement this order broadly and to help change the culture of policing today.

State, local, and tribal police departments should expand upon the executive order, which only governs federal officers. The vast majority of peoples’ interaction with police are with state, local, and tribal law enforcement. Since George Floyd’s murder and the protest movement that followed, many jurisdictions have begun taking a range of official actions to improve policing in their communities. States and localities should continue to grow these important efforts in ways that produce meaningful accountability for law enforcement and respond to public calls for reform by passing comprehensive statewide legislation; enhancing data collection and reporting; and directly changing harmful and racially disparate policies, including by creating community-centered safety and investing in prevention.

Congress must also do its part by passing comprehensive police reform legislation that creates meaningful accountability and restores trust between police and the communities they serve by eliminating qualified immunity and strengthening civil rights protections. This includes legislative reforms to the federal statute, Section 242, which defines the circumstance when a government official can be criminally responsible for violating someone’s civil rights. Section 242 does not specifically define prohibited conduct and has historically been interpreted too narrowly, failing to hold police officers accountable for a wide range of misconduct. 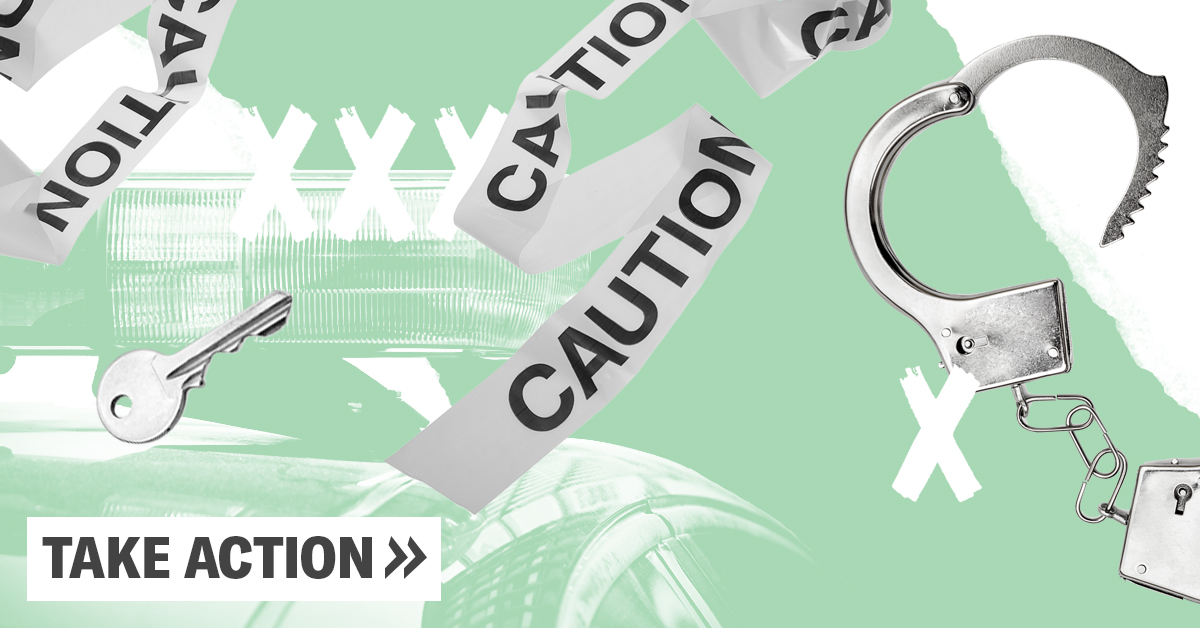 American Civil Liberties Union
Divest from the Police. Invest In Black and Brown communities.
Police violence cannot be effectively addressed without completely reimagining the role of police in our society -- and that starts with divesting...

Legislative action is also needed to eliminate the judicial doctrine of qualified immunity that drastically reduces the legal liability of police officers. Qualified immunity limits the circumstances in which an individual can sue a police officer for violating their civil rights only to situations where the behavior violates “clearly established law.” This strict legal standard curtails accountability in policing to such a degree that officers face few repercussions — even when their conduct violates the Constitution. While it is broadly recognized within the police reform movement that changes to the doctrine of qualified immunity and Section 242 are needed, Congress will need to pass legislation for these changes to become law.

No more lives should be lost to police violence. Elected officials must be responsive to public demands for reforms to the institution of policing that create a meaningful standard of accountability; erode systemic racism in the criminal legal system; and improve relationships between police and the communities they serve. Moreover, we must continue to reimagine public safety by creating alternatives that are community-centered and also focus on prevention.