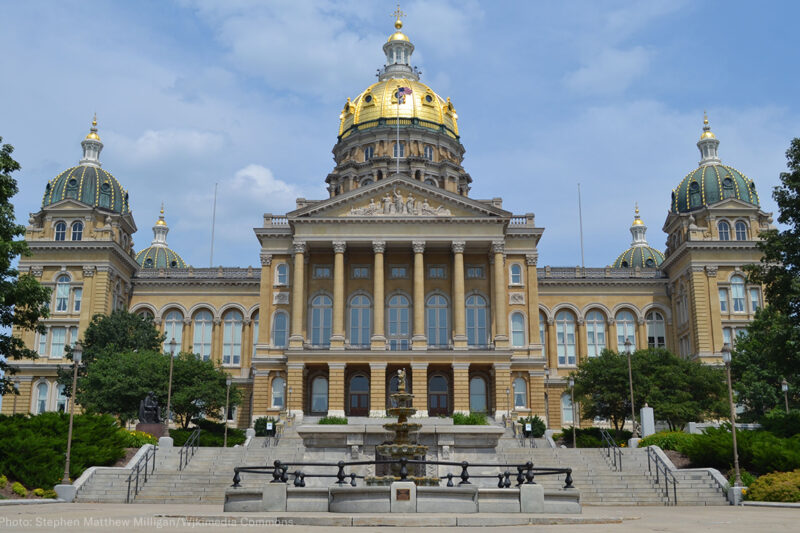 The “Marsy’s Law” campaign arrived in Iowa this year like it has in many other states. This national effort seeks a specific list of constitutional rights for crime victims more expansive than the statutory rights afforded victims in every state. Iowa’s version sought to enshrine existing legal rights to notification, participation, and restitution into our constitution and add rights to safety, privacy, and the right to refuse discovery requests. For now, state legislators resisted the popular appeal of the campaign’s central theme — that crime victims deserve “equal rights” to the accused in criminal proceedings.

The Iowa Coalition Against Domestic Violence and the Iowa Coalition Against Sexual Assault remain unwavering in our support for victims, yet we oppose Marsy’s Law. We represent agencies providing direct services to crime victims before, during, and long after any encounter with the criminal legal system. In addition to offering emergency services, these are the people law enforcement call to assist at a crime scene or at the hospital to support rape victims. Lawyers and judges rely on them to accompany victims in court and explain legal proceedings. They help victims obtain housing, jobs, and access to services and safety.

We believe this well-intentioned effort promotes the wrong mechanism for advancing victims’ rights. Amending the Iowa Constitution to comport with Marsy’s Law undermines the legal system and strains resources to the range of programs addressing victims’ comprehensive needs. The assertion that victims deserve constitutional rights equal to the accused mischaracterizes how the justice system operates.

Granting equal constitutional rights to a victim identified at the outset of criminal proceedings threatens due process and diminishes fundamental principles of American justice. It also unfairly prioritizes the needs of victims seeking remedy in criminal court over the vast majorities who do not. Victim needs identified in a statewide survey include housing, transportation, counseling, and healthcare, as well as legal assistance.

Upholding American ideals of justice respects the common interest. Arrest and prosecution of domestic and sexual violence victims remain a problem here. Often it is unclear who the victim is until a judge or jury sorts things out. Frequently, the presumption of innocence is not experienced by domestic and sexual violence victims, especially those from marginalized communities. Women comprise a larger proportion of the prison population than ever, and most are survivors of violence.

Victim arrests occur in cases of self-defense or when charged with violating their own protective orders for allowing an abusive partner into the house because they could not keep him from being disruptive outside and feared eviction. When both parties are arrested, victims often plead guilty so they can return more quickly to children or a job.

Rape victims are commonly threatened with prosecution for false reporting as a tactic to get them to recant their stories. And routinely, biases based on race, gender, or immigration status result in the arrest of victims seeking assistance. Iowa ranks third worst among states for racial disparities in our prisons, and many immigrant and LGBTQ survivors cannot access justice in our legal system.

Opposing Marsy’s Law does not mean we oppose victims’ rights. The amazing service providers we represent go the distance 24/7 and 365 days a year, helping survivors rebuild their lives. Based on several thousand years of combined experience serving victims, directors of every member program in Iowa publicly urged opposition to Marsy’s Law.

The insensitivity victims experience is not a constitutional failing. Victims deserve dignity and respect. They deserve to be notified and heard at criminal proceedings. And they deserve to be informed regarding the status of their offender. These rights and more already exist in Iowa’s legal code, but it takes money and people to ensure access to them. A victim cannot exercise her right to be heard in court without transportation to the courthouse or if she needs a lawyer or is reluctant to participate without someone to help her understand the process.

Survivors deserve better than that.