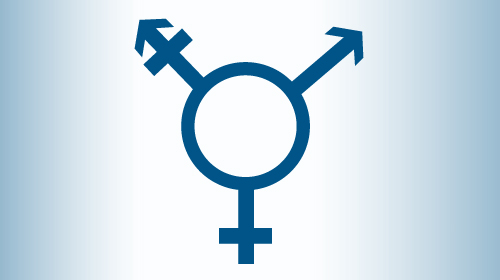 When Chelsea Manning was sentenced to 35 years in prison on August 21, 2013, she was immediately worried that she would be denied desperately needed medical care for gender dysphoria.

So far, her worst fears of suffering without treatment have come true.

Every decision about her care goes from her doctors, all the way up the chain of command to the Secretary of Defense, who is notably not a doctor or a prison administrator. Even the Army’s own providers admitted that her treatment is moving at a “glacial pace.”

But the Constitution does not permit medical care to be provided sluggishly when it is urgently needed. And for Chelsea, the care is critical and the consequences for withholding it are dire.

Chelsea was first diagnosed with gender dysphoria, a serious medical condition, more than four years ago. When she arrived at the United States Disciplinary Barracks (USDB) at Fort Leavenworth, Kansas, over a year ago, the first thing she did was request treatment for gender dysphoria, including hormone therapy and permission to follow grooming standards for female prisoners, such as growing her hair.

Shortly thereafter she was again diagnosed with gender dysphoria, and a treatment plan was developed by Army medical providers in November of 2013. This seemed promising, and Chelsea was hopeful that the Army would follow the clear medical protocols for treating gender dysphoria.

Unfortunately, it soon became clear that Chelsea’s medical treatment would be governed not by doctors but by Washington officials and be dictated not by medicine but by politics.

After a failed attempt to transfer Chelsea from the USDB into the federal Bureau of Prisons, the Associated Press reported on July 17, 2014, that Defense Secretary Hagel had approved “rudimentary” treatment for Chelsea’s gender dysphoria. After the ACLU, the ACLU of Kansas, and Chelsea’s civilian defense counsel David Coombs sent a letter to DOD and Army officials on August 11, 2014, demanding that she receive treatment, we learned just how “rudimentary” this treatment would be. On August 20, the Army provided Chelsea with female underwear and sports bras, but it continued to withhold hormone therapy and prohibit her from growing her hair and otherwise following the grooming standards for female prisoners.

Treating severe gender dysphoria with sports bras is like treating a gunshot wound with a Band-Aid. Such inadequate treatment sends the message to Chelsea and the rest of the world that the Army is not taking her health needs seriously.

Chelsea, like so many transgender women in prison, is experiencing the unrelenting anguish of being denied life-saving treatment. As Janet Mock wrote after Chelsea came out as transgender last year, “[w]e … all, whether we’ve been charged with a crime or not, whether we are popular or unpopular, whether we are loved or unloved, whether we are understood or stigmatized, deserve safe, quality, knowledgeable healthcare.”

Today we are heading to court to demand that the government treat Chelsea Manning’s serious medical condition and fulfill its obligation under the Constitution.

The days of government discrimination in providing healthcare for transgender people are numbered. It is the bravery of our clients like Chelsea, Andrea Fields, and Ophelia De’lonta who stand up to this injustice that will make the world safer and more just for the rest of us.