3 Reasons Why Immigration Detention Centers Are Not Like ‘Summer Camp’ 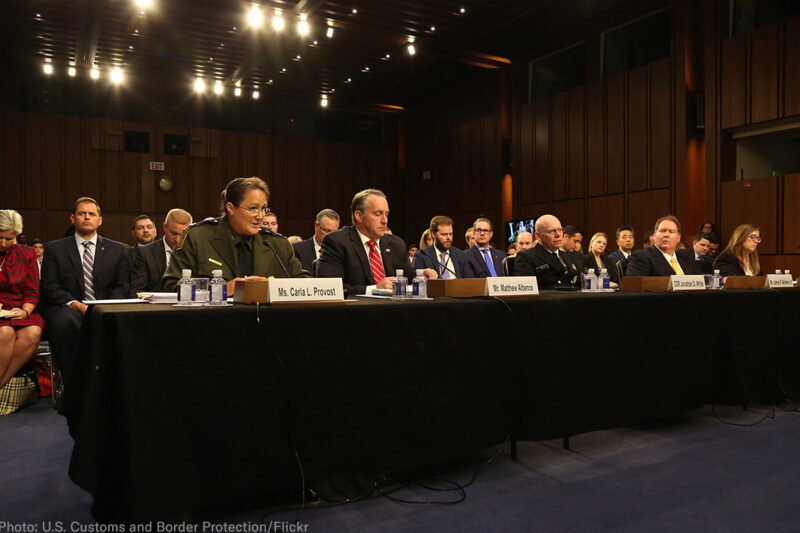 In the first and possibly only congressional oversight hearing on family separation, top Immigration and Customs Enforcement official Matthew Albence made a truly shocking statement — even by Trump administration standards — claiming that the best way to describe the detention centers where hundreds of immigrant families are currently locked up “is more like a summer camp.”

Albence didn’t keep it at that, though. Instead, he doubled down saying amenities include that “24-7 access to food and water” as well as “basketball courts,” “exercise classes,” and “soccer fields.” (These kinds of euphemisms aren’t entirely new — the Obama administration played around with the term “family-friendly” to describe these detention centers — only cruder.)

It’s a ludicrous statement, entirely disconnected from reality or any semblance of humanity. The Trump administration, which bears full responsibility for forcibly separating thousands of immigrant parents and children and subjecting them to incalculable trauma, went before Congress and had the nerve to equate family incarceration to a stay at a summer camp.

We shouldn’t even have to say this, but we will. There are so many, many reasons why Albence is dead wrong.

1. Summer camps are not run by for-profit prison corporations.

The Karnes detention center in South Texas, which the Trump administration has designated as a central location for families whom they forcibly separated and are now trying to deport, is run by a private, for-profit prison company.

The GEO Group, which operates Karnes, is one of the nation’s largest private prison companies and has a long record of abuse and neglect at its facilities, includes ones that house children. For instance, the conditions and abuse at a Mississippi prison run by GEO Group were so bad that a federal judge wrote in 2012 that they painted “a picture of such horror as should be unrealized anywhere in the civilized world.” GEO staff peddled drugs to teenagers in their care and subjected some to brutal beatings, sexual exploitation, and solitary confinement.

Yet the federal government continues to give contracts to private prison companies like GEO Group.

There is a reason why Karnes resembles a prison, surrounded by 15-foot fences with security cameras. Because it is one. The hundreds of families at Karnes have only one option to get out — forfeiting their asylum claims and signing deportation orders.

For those navigating their legal cases from within, Karnes offers only five confidential meeting rooms, only four of which have phones. Space constraints prevent more than 17 lawyers from meeting with clients at any given time.

The American Academy of Pediatrics and other child-welfare experts have found that jailing children and parents can severely damage their physical and mental health, even irreversibly.

Finally, detention itself “undermines parental authority and capacity to respond to their children’s needs.”

But the administration ignored warnings such as these from inside. During Tuesday’s hearing, Cmder. Jonathan White, a clinical social worker with the Department of Health and Human Services, testified that he told his superiors that “separation of children from parents entails significant potential for traumatic psychological injury to the child.” He said they assured him that wasn’t the plan.

Albence’s testimony should drive home that there is nothing the Trump administration will not say to defend the indefensible. His answers alone present another reason why Congress should cut the Department of Homeland Security’s massive budget. The American people must stop financing such cruel and excessive punishment of immigrants with their hard-earned tax dollars.