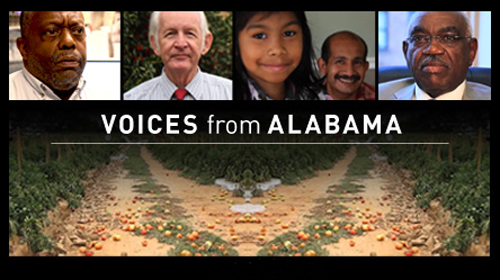 A federal appeals court issued an order Thursday blocking two draconian provisions of Alabama’s immigration law, H.B. 56. The order brings immediate relief to the countless Alabamians who have suffered under these provisions, which were intended “to attack every aspect” of their lives and to expel them from the state.

The court’s order first restored the right of Alabamians to enter into contracts without fear. Section 27 of H.B. 56 would effectively void any contract where one party knows or has reason to know that another party to the contract is an undocumented immigrant. Under this measure, such contracts would be unenforceable in Alabama state courts.

The Alabama law takes aim at immigrants but affects all Alabamians by destabilizing contract law, a basic building block of our civil liberties as Americans. Even U.S citizens, as well as immigrants with and without lawful status, would be viewed with suspicion and denied the right to rent a home, or to lease a car or buy a new dining table on an installment plan. If you speak English with an accent, or you somehow seem “foreign” to a landlord or a salesman, Alabama’s law would make it impossible for you to do your everyday business and to keep a roof over your family’s head. Section 27 would turn neighbor against neighbor, forcing Alabamians to view each other with suspicion based on stereotypes.

The Court also blocked Section 30 of H.B. 56, which makes it a felony for an undocumented immigrant to enter into “any transaction” with the state government. We’ve already seen the human rights crisis caused by this law. Families who tried to pay for life necessities like water and electricity were turned away by state-run utilities. Alabamians were forced to show proof of their citizenship or immigration status when paying their property taxes. And so entire neighborhoods emptied overnight as families abandoned their homes and fled with only the belongings they could carry with them. This measure worked just as the state legislature intended – it literally made it impossible for people to live in Alabama.

The federal court ruling does not only restore the civil rights of Alabamians. It also puts things back into a constitutional order. As Americans, we have the right to disagree with one another in good faith about immigration policy. But one thing is for sure, as yesterday court order demonstrates: State laws that authorize discrimination and systematic violations of the U.S. Constitution cannot stand.