Existing While Black and Trans 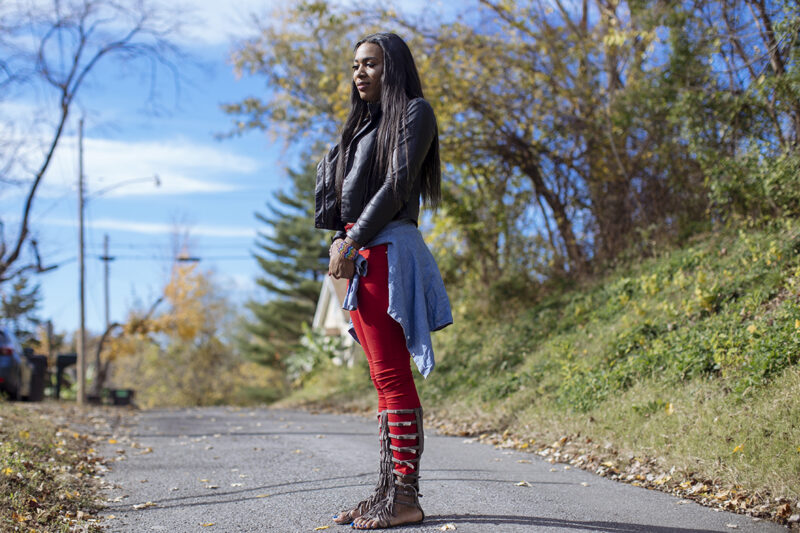 We have successfully settled Meagan Taylor’s case to the satisfaction of the parties! We have been so proud to represent Meagan in this important case. Meagan’s case garnered national attention, and has been an important reminder to those in the criminal justice system and who run businesses and other public accommodations in Iowa that transgender people are explicitly protected by our civil rights laws from discriminatory treatment. Given the attack on transgender people happening across the country, we are proud and thankful to work here in Iowa where transgender people are afforded dignity and protection under our state law. As Meagan’s case demonstrated, public accommodations laws are about far more than bathrooms and it is important that we protect transgender people from discrimination in public life so they may go about their lives without fearing harassment, discrimination, arrest or violence simply because of who they are.

Thank you to Meagan for bravely standing up for her rights and to the outstanding ACLU volunteer attorneys, Amber Shanahan-Fricke and David Goldman, at the Des Moines law firm Babich Goldman, who worked on Meagan’s behalf.

When Meagan Taylor and her best friend — both young, Black, trans women — stopped at a hotel in Des Moines on the way to a funeral, they expected to check-in, spend the night, and be on their way.

What happened instead should be a chilling reminder of the deadly intersection of racism and transphobia that so many Black transgender people are forced to navigate.

Meagan describes the check-in process as being off from the start. Even though she is a regular customer of Drury Inns, she had never stayed at the location in West Des Moines, where she and her friend stopped this past July. What started as a hostile and uncomfortable encounter with staff ended the next morning with employees calling police to complain of “two men dressed as women” checking into the hotel and to report suspected prostitution.

There was no evidence of prostitution — just two Black trans women sleeping in a hotel room the morning before a funeral. Meagan was arrested for possessing hormone therapy pills without a copy of the prescription and spent eight days in the local jail before she was bailed out. All charges were eventually dropped, but the experience has left its mark on Meagan.

Like so many transgender people, Meagan has not had access to the medical and financial resources necessary to update the name and gender marker on her state identification. This meant that when she checked into the Drury Inn, even though she is a woman, the Illinois state identification that she presented listed her as male and under her birth name. The lack of congruent identification immediately outed Meagan as transgender to complete — and hateful — strangers.

Just the fact of their blackness and their transness prompted hotel staff to call the police to report suspected prostitution. This, too, is all too common for transgender women of color who are regularly suspected of engaging in sex work when just walking down the street or going about their daily routines. It is this type of profiling that leads 47 percent of Black transgender women to be incarcerated at some point in their lives.

Meagan was arrested not because there was any evidence that she was engaging in sex work but because she had hormone pills in her possession without a prescription.

From her identification that did not accurately reflect her name and gender to the profiling by hotel staff to the arrest for possession of hormone therapy pills, Meagan’s experience perfectly captures the institutional and interpersonal discrimination that transgender people of color are regularly forced to navigate. These experiences lead to arrest and incarceration for so many, and in a tragically increasing number of cases, death.

In Meagan’s case, a community of trans people rallied behind her and got her out of jail after eight days. Then pro bono counsel took on her defense to make sure the unfair charges against her were dropped. And thankfully, Iowa law — like the law in 16 other states and more than 200 cities — prohibits discrimination against transgender people in public accommodations, so she is able to seek legal redress for the injustice she experienced.

What happened to Meagan is inexcusable and unlawful. That is why we have joined her in filing a civil rights complaint with the Iowa Civil Rights Commission based on the race and gender identity discrimination she experienced at the Drury Inn.

In a moment when we are witnessing civil rights protections being stripped away from LGBT people as opponents cultivate hateful myths about predatory trans people in bathrooms, Meagan’s case is a stark reminder of the critical need for legal protections for this targeted community.

The vitriol slung at transgender people in the midst of the legislative and ballot fights, like the one last week in Houston, not only take away critical legal protections but also send the message to young trans women of color like Meagan that their lives are not worthy of dignity. The hateful speech also emboldens uncomfortable bystanders, like the staff at the Drury Inn, to report Black trans women to the police for simply existing.