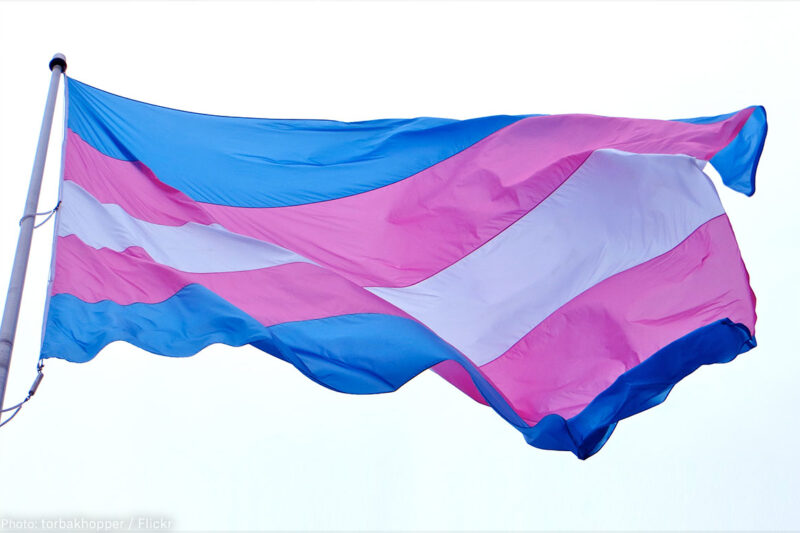 Shannon supervises a cancer research lab at the University of Wisconsin. Like other state employees, she gets health care insurance through the state. But as a transgender woman, Shannon faced state rules that specifically excluded coverage for hormone therapy and surgery relating to gender transition. Her doctors say that care is medically necessary for her.

Being denied transition-related care can be devastating. For Shannon, it caused serious depression and even prompted thoughts of killing herself. Without insurance coverage, Shannon faced two terrible risks. She could either drain her retirement account to pay for health care herself and risk not having the money to retire or keep her retirement savings but face the very real risk that she would not be alive for retirement. Shannon chose to pay for the care herself, but many other transgender people don’t have the savings she had.

After arranging for the care she needed, Shannon wasn’t done. She, along with fellow state employee Alina Boyden, sued the state over its exclusion, and a federal trial court recently ruled that the state’s exclusion of coverage was unlawful sex discrimination that violated federal law. Her lawsuit also prompted the board that sets health insurance policy for the state to remove the ban on transition-related health care, so state employees across Wisconsin will now be eligible for this care going forward.

Earlier this week, Shannon told her story to a jury of her peers in Madison, Wisconsin, seeking to recover both the cost of her surgery and compensation for the discrimination she suffered at the hands of the state. The jury responded by awarding Shannon $479,000 and her co-plaintiff, Alina, $301,000.

Shannon stood up for herself and all transgender people by challenging the state’s discriminatory policy. Her courage was rewarded not only when the court recognized the illegality of the state’s policy, but also when a jury — people pulled from every walk of life in Wisconsin — heard her story and recognized the harm she suffered.

For me, it’s beyond heartening that a jury could meet two transgender women for the first time in a courtroom, understand their stories about the denial of surgery and hormone care, relate to them as fellow human beings, and award them damages like this. It’s another sign of how the country is learning more and more about transgender people, which is due to the courage of individual transgender and nonbinary people like Shannon and Alina.