The No-Fly List: Where the FBI Goes Fishing for Informants 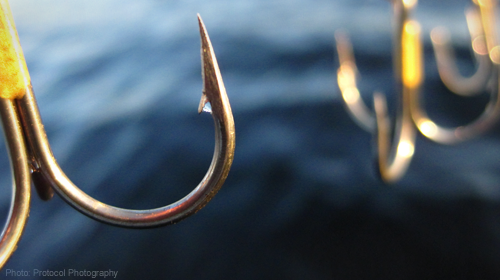 Over the last three years, the FBI has dramatically expanded its No-Fly List of suspected terrorists, including blacklisting innocent Americans who present no threat to security.

The Americans we represent in Latif v. Holder, the ACLU’s challenge to the government’s No-Fly List procedures, provide a prime example. They were each denied boarding on planes, deprived of their right to travel, and smeared as suspected terrorists. Yet the government continues to deny them any after-the-fact explanation for their blacklisting or any meaningful chance to clear their names.

The FBI’s violation of these Americans’ due process rights is, in and of itself, abusive and unlawful. After all, preventing people from correcting the errors that led to their inclusion on a blacklist does not make our skies any safer, but it does harm constitutionally protected rights to travel and reputation—as a federal court recently recognized. And a closer look into the experiences of several ACLU clients shows another, even darker side to the No-Fly List.

FBI agents have tried to use the No-Fly List as a draconian tool to coerce Americans into spying on their communities.

FBI agents put this pressure on ACLU clients Abe Mashal, a Marine veteran; Amir Meshal; and Nagib Ali Ghaleb. Each of these Americans spoke to FBI agents to learn why they were suddenly banned from flying and to clear up the errors that led to that decision. Instead of providing that explanation or opportunity, FBI agents offered to help them get off the No-Fly List—but only in exchange for serving as informants in their communities.Our clients refused.

The ACLU’s report,Unleashed and Unaccountable: The FBI’s Unchecked Abuse of Authority, explains what happened to Nagib Ali Ghaleb. Nagib was denied boarding when trying to fly home to San Francisco after a trip to visit family in Yemen. Stranded abroad and desperate to return home, Nagib sought help from the U.S. embassy in Yemen and was asked to submit to an FBI interview. FBI agents offered to arrange for Nagib to fly back immediately to the United States if he would agree to tell the agents who the “bad guys” were in Yemen and San Francisco. The agents insisted that Nagib could provide the names of people from his mosque and the San Francisco Yemeni community. The agents said they would have Nagib arrested and jailed in Yemen if he did not cooperate, and that Nagib should “think about it.” Nagib, however, did not know any “bad guys” and therefore refused to spy on innocent people in exchange for a flight home.

Nagib’s experience is far from unique. After Abe Mashal was denied boarding at Chicago’s Midway Airport, FBI agents questioned him about his religious beliefs and practices.The agents told Abe that if he would serve as an informant for the FBI, his name would be removed from the No-Fly List and he would receive compensation. When Abe refused, the FBI promptly ended the meeting.

Neither Nagib nor Abe present a threat to aviation security. But FBI agents sought to exploit their fear, desperation, and confusion when they were most vulnerable, and to coerce them into working as informants. Moreover, the very fact that FBI agents asked Nagib and Abe to spy on people for the government is yet another indication that the FBI doesn’t actually think either man is a suspected terrorist. This abusive use of a government watch list underscores the serious need for regulation, oversight, and public accountability of an FBI that has become unleashed and unaccountable.

One critically important mechanism to advance that accountability is the institution of a fair redress system for people on the No-Fly List. We’ll continue to pursue that goal through the courts in Latif v. Holder, but Congress should act to reform this unconstitutional system now.