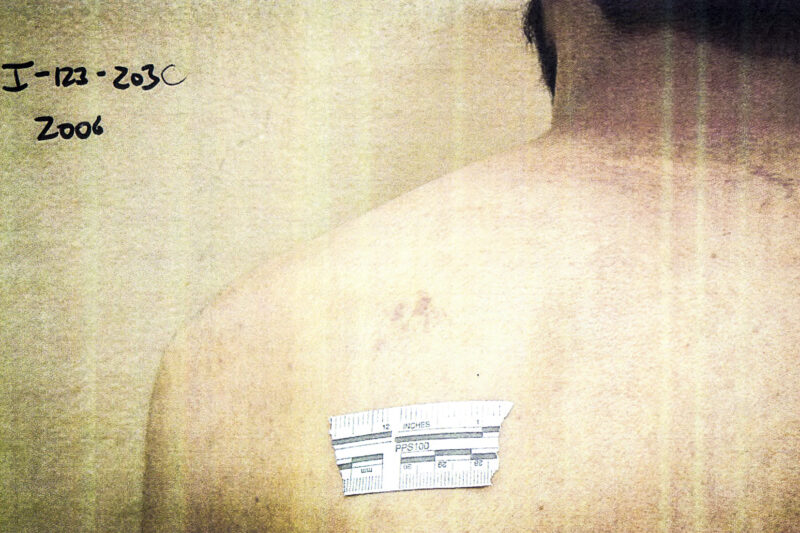 Today, after more than a decade of legal battles and stonewalling, the Department of Defense released 198 photos relating to prisoner abuse by U.S. military personnel in Iraq and Afghanistan.

The photos were released in response to an ACLU lawsuit that we have been litigating for almost 12 years. You can see a few of them in the slideshow to the right. The photos mostly show close-ups of body parts, including arms, legs, and heads, many with injuries. There are also wider shots of prisoners, most of them bound or blindfolded. But what they don’t show is a much bigger story, and the government’s selective release of these photos could mislead the public about the true scope of what happened.

Six months before media organizations published the notorious Abu Ghraib photos, the ACLU filed a Freedom of Information Act request for records, including photos, relating to the abuse and torture of prisoners in U.S. detention centers overseas. Since we sued to enforce our request in 2004, the legal battle has focused in part on a set of some 2,000 pictures relating to detainee maltreatment. The photos released today are part of that set, and they are the first photos the government has released to us in all these years of litigation. (The court hearing our lawsuit ordered the government to release the Abu Ghraib photos in 2004, but the photos were leaked, and posted online by Salon, while the government was appealing the decision.)

The disclosure of these photos is long overdue, but the photos released today are almost certainly the most innocuous of the 2,000 that were being withheld. From the nearly 6,000 reports, investigations, emails, and other documents the government has been forced to release to us in the course of this litigation (all searchable in our Torture Database), we have found more than 100 documents that either reference photos related to cases of abuse or actually contain photos that were redacted before they got to us. From what we can infer from the descriptions, we know that the most damning evidence of government abuse remains hidden from the public. (This spreadsheet details what we know about the photos we’re still waiting for.)

The photos still being withheld include those related to the case of a 73-year-old Iraqi woman detained and allegedly sexually abused and assaulted by U.S. soldiers. According to the Army report detailing the incident, the soldiers forced her to “crawl around on all-fours as a ‘large man rode’ on her,” striking her with a stick and calling her an animal. Other pictures depict an Iraqi teenager bound and standing in the headlights of a truck immediately after his mock execution staged by U.S. soldiers. Another shows the body of Muhamad Husain Kadir, an Iraqi farmer, shot dead at point-blank range by an American soldier while handcuffed.

To justify its withholdings, the government cites a general fear that exposing the misconduct of government personnel may incite others to violence against Americans and U.S. interests. The problem with this argument is that it gives terrorists the power to determine what Americans can know about their own government. No democracy has ever been strengthened by suppressing evidence of its own crimes.

The Abu Ghraib photos illustrated the power that visual evidence has to galvanize public attention and concern, and ultimately lead to important, albeit insufficient, efforts at accountability and reform. The same can be said about recent videos depicting police abuse, which have fed a critical national conversation about racial justice. Images make it much harder for us to turn a blind eye to injustice.

Suppressing the most powerful evidence of our government’s abuses makes confronting those abuses impossible. With several presidential candidates vowing to reintroduce torture if elected, we can’t afford to evade a real reckoning.