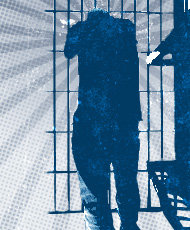 This week the European Court of Human Rights temporarily halted the extradition of four terrorism suspects from the United Kingdom to the United States. The court concluded that the applicants had raised a serious question whether their possible long-term incarceration in a U.S. “supermax” prison would violate Article 3 of the European Convention on Human Rights, which prohibits “torture or … inhuman or degrading treatment or punishment.” The court noted that “complete sensory isolation, coupled with total social isolation, can destroy the personality and constitutes a form of inhuman treatment which cannot be justified by the requirements of security or any other reason,” and called for additional submissions from the parties before finally deciding the applicants’ claim.

The court’s decision was not a surprise. International human rights bodies have repeatedly expressed the view that supermax prisons — in which prisoners are held in near-total social isolation, sometimes for years on end — may violate international human rights law. In 2006, the U.N. Committee Against Torture expressed concern about “the extremely harsh regime” in US supermax prisons, which it said could violate the Convention Against Torture and Other Cruel, Inhuman or Degrading Treatment or Punishment, a human rights treaty ratified by the United States in 1994.

Despite these warnings, supermax prisons are common in the United States. In the 1990s they were a raging fad, yet another round in the perpetual “tough on crime” political bidding war. Suddenly every state had to build one — Virginia was so tough it built two. By the end of the decade, more than 30 states, as well as the federal government, were operating a supermax facility or unit.

The devastating effects of isolated confinement on the human psyche have long been well known. In 1890, the Supreme Court described the results of solitary confinement as it had been practiced in the early days of the United States:

A considerable number of the prisoners fell, after even a short confinement, into a semi-fatuous condition, from which it was next to impossible to arouse them, and others became violently insane; others still, committed suicide; while those who stood the ordeal better were not generally reformed, and in most cases did not recover sufficient mental activity to be of any subsequent service to the community.

Conditions in modern supermax prisons are, if anything, even more damaging, as technological advances like video surveillance have made possible a greater degree of social isolation than in earlier times.

The ACLU has been bringing challenges to supermax prisons for over a decade, and what we’ve found is troubling. The official line is that these prisons are reserved for the “worst of the worst” — the most dangerous and incorrigibly violent — but most states have only a few such prisoners. In overcrowded prison systems, the typical response has been to fill the remaining supermax cells with “nuisance prisoners” — those who file lawsuits, violate minor prison rules, or otherwise annoy staff, but by no stretch of the imagination require the extremely high security of a supermax facility. Thus in Wisconsin’s supermax, one of the “worst of the worst” was a 16-year-old car thief. Twenty-year-old David Tracy hanged himself in a Virginia supermax; he had been sent there at age 19, with a 2 ½ year sentence for selling drugs.

The mentally ill are vastly overrepresented in supermax prisons, and once subjected to the stress of isolated confinement, many of them deteriorate dramatically. Some engage in bizarre and extreme acts of self-injury and even suicide. In an Indiana supermax, a 21-year-old mentally ill prisoner set himself on fire in his cell and died from his burns; another man in the same unit choked himself to death with a washcloth. It’s not unusual to find supermax prisoners who swallow razors and other objects, smash their heads into the wall, compulsively cut their flesh, try to hang themselves, and otherwise attempt to harm or kill themselves.

Lawsuits by the ACLU and others have mitigated some of the worst features of supermax confinement, but thousands of prisoners remain entombed in these facilities throughout the United States. Fortunately, with states facing record budget deficits, supermax facilities, which are far more expensive to build and operate than conventional prisons, have lost much of their appeal. Bills have been introduced in the Illinois and Maine legislatures to substantially restrict supermax confinement in those states. There’s a long way to go, but these are important first steps toward bringing U.S. prison conditions into line with human rights norms, and with basic human decency.