This Is the Year California Will Stop Shackling Pregnant Women 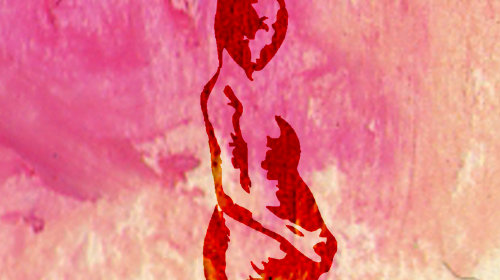 Doing the same thing over and over and expecting a different result is a popular definition of insanity. Those of us across the country trying repeatedly to pass bills that would prohibit the shackling of pregnant women in jails and prisons are hardly insane. Dedicated? Yes. Stubborn? Possibly. Unwilling to accept women suffering? Absolutely.

This year marks the third attempt to get a signature on a bipartisan, unanimously supported bill in California (AB 2530) that would ban the practice of putting incarcerated pregnant women in dangerous shackles. Similar bills have passed two previous legislative sessions with overwhelming support from both political parties, only to be vetoed. Opposition from the powerful law enforcement lobby surely played a role in these vetoes. But we have persevered, and this year we’ve been successful in keeping law enforcement neutral. While we’re happy with this progress, we still need the Governor to sign the bill.

We’ve kept at this for several years for a fundamental reason: Shackling is dangerous for a woman and her baby. It is well-documented that shackling pregnant women causes them to fall. Falls could cut off oxygen to the fetus and could lead to miscarriage, stillbirth, or fatally premature birth.

Despite how long it took us to convince law enforcement, the general public has gotten it right from the start. Whenever I talk to folks about how we’re trying to stop California jails and prisons from shackling pregnant women, the most popular response is, “What?! We even need a law for that? Seems like common sense.”

Yes, folks. It is common sense. The vast majority of incarcerated women are behind bars for low-level offenses and exhibit no violent behavior. The majority of women do not pose a security or flight risk, and with pregnant women, the risk is even less likely. So why is a state like California – a state once at the forefront of ensuring the health and safety of pregnant women in so many ways – resisting this?

Third time’s a charm. Whatever it takes, this must be the year. Enough is enough.