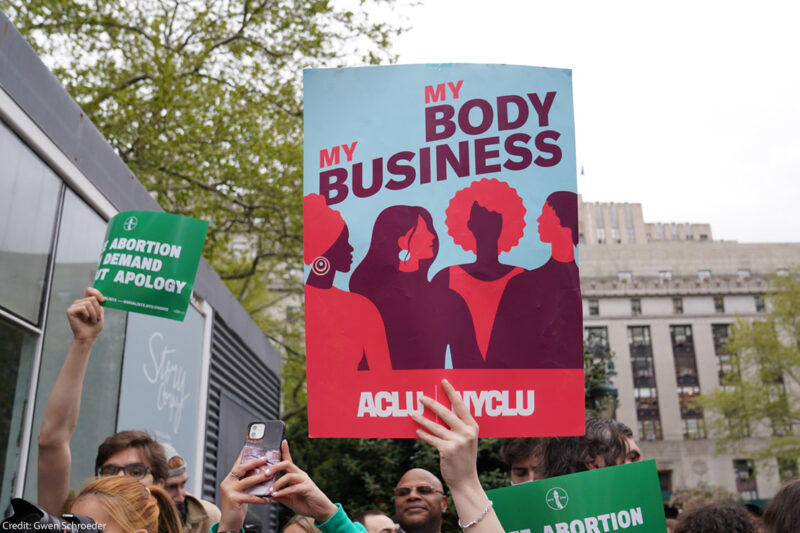 As the Supreme Court nears a ruling that could allow abortion to be criminalized by politicians, privacy activists and lawmakers must shift our approach in the states.

As the shockwaves from the bombshell publication of a leaked draft Supreme Court opinion overturning Roe v. Wade continue to reverberate, questions and fears about our digital privacy and what comes next abound. To be clear: Right now, abortion is still legal in this country. But according to the Guttmacher Institute, half the states are certain or likely to ban abortion if the court overturns Roe, and anti-abortion extremists are already pushing for a nationwide ban as soon as they get the chance. All of these roads lead to the same destination: the criminalization of people seeking reproductive health care, and of doctors and nurses who seek to provide it. If and when that does happen, our digital privacy will matter more than ever.

The lack of strong digital privacy protections has profound implications in the face of expanded criminalization of reproductive health care. In light of these breathtaking and authoritarian attacks on bodily autonomy, we must fight with new urgency to ensure that people maintain control over their personal information. If we fail, the repressive surveillance techniques and powers that police and prosecutors have for decades used to wage the racist wars on drugs and terrorism will be marshaled to track, catalogue, and criminalize pregnant people and those seeking basic information about reproductive health issues, putting tens of millions of people at risk of police harassment and worse.

Laws that criminalize reproductive health are already being used by police and prosecutors to surveil, penalize, and control people who are disproportionately Black and Brown. According to the National Advocates for Pregnant Women, the past 15 years have seen a shocking spike in arrests and prosecutions for crimes related to stillbirths, miscarriages, and alleged drug and alcohol use during pregnancy. Of the 1,600 people prosecuted for these offenses since the Roe decision in 1973, 1,200 were charged after 2006, and those targeted were disproportionately Black and Indigenous women. And in March, a Texas district attorney and sheriff conspired to indict and arrest a 26-year-old woman and charge her with murder, after the woman self-managed her abortion. In 2017, an online search for the abortion medication misoprostol was used to charge one woman with second-degree murder. In 2015, a series of text messages with a friend about getting an abortion helped convict another of feticide and child neglect.

Expanded criminalization of abortion will become an increasingly attractive target for prosecutors and police, which is why we must be prepared to digitally defend ourselves against corporate and government surveillance. We also must redouble our efforts to push states to take real action to protect our digital privacy. Some states have passed significant law reform in this area already.

Over the past 20 years, digital technologies have rapidly advanced, changing the way we communicate, seek and share information, travel, work, play, document and track our own health metrics, find love, and more. Billion-dollar industries have taken shape during this period, working behind the scenes to create, share, trade, and sell extremely sensitive data about hundreds of millions of people, buoyed by leaps in computing power and the declining cost of data storage.

Police and prosecutors piggyback on all of this corporate surveillance in what some have called a “public-private surveillance partnership.” In many cases, the government can obtain extremely detailed information from corporations about people’s finances, internet use, and communications without ever going to a judge, and without a shred of evidence to show someone is involved in criminal activity. When cops are armed with court orders, virtually none of the information collected and processed in what has been called the “surveillance capitalist” marketplace is off limits to the government. And even for types of personal information, like cell phone location data, that courts have said police can only force companies to turn over with a warrant, government agencies are sidestepping the warrant requirement by paying to access sensitive information instead of going to a judge.

In response to these profound transformations, civil rights advocates have pushed for consumer privacy protections to give people control over their personal information. In Illinois, civil rights advocates successfully fought for consumer privacy protections to limit what kinds of information companies can collect about us and the ways they can share and use these data. The ACLU is working across the nation to introduce state legislation to prevent law enforcement from making overly broad requests to try to identify everyone who visited visited a particular location (such as an abortion clinic) or searched online for particular keywords (such as abortion care). In Massachusetts, the abortion rights coalition is calling on the state legislature to pass a law to prevent the sale and trade of cell phone location data, which can be used to track who visits a reproductive health clinic.

We have also fought and will continue to fight for statutes and court rulings requiring police to get warrants before using invasive digital surveillance techniques like cell phone location tracking or making demands for our digital papers like emails and private web chats. And in some important cases, we have won these protections.

But the criminalization of abortion shines a glaring and unkind light on a bleak reality: Even warrant protections will not stop invasive digital surveillance of people seeking or providing abortions if doing so is a crime. That’s because if police can demonstrate probable cause that a person has committed or will commit a crime, they can obtain a search warrant allowing a search of someone’s most private information — the contents of our emails and text messages, our location history, the photos and private chats on our cell phone, and more. As what is considered criminal activity expands to include seeking and providing essential health care, privacy activists and lawmakers must likewise shift our approach.

In some cases, police should be prevented from acquiring or using particularly invasive technologies and techniques even with a warrant. In others, legislatures must impose strict limitations on their use, restricting surveillance warrants to only the most serious kinds of criminal investigations, excluding investigations related to sexual health. States that seek to preserve access to abortion should take extreme care to protect information created or maintained in their jurisdictions from being disclosed to out of state officials investigating sexual health related matters. Technology companies should change their internal policies and procedures to ensure that they notify their users of all government requests for their data before turning anything over unless a court order bars them from doing so, giving people a chance to fight back against surveillance aimed at their personal health information. And state legislators should enact strong laws ending nonconsensual collection and sale of sensitive information like location and biometric data, give people more control over how their personal information is collected and used by private companies, and outlaw the use of search word and geofencing warrants, which allow police to conduct dragnet surveillance.

Unfortunately, it’s not likely that the states that adopt abortion bans will be amenable to restricting law enforcement’s ability to use digital surveillance to investigate and prosecute crimes related to bodily autonomy. That means that while we build the political power we need to defend our ability to control if and when to have a child, it’ll be up to each of us to protect ourselves and each other.

The fact that we are about to take one of the biggest strides backwards in our country’s history should serve as a reminder to us all that we should never accept living in a surveillance society, no matter what technology is used to carry it out. Privacy sits at the heart of democracy, and we must fight like hell to ensure its relevance in 2022 and the decades to come. 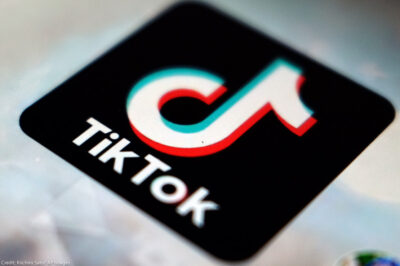 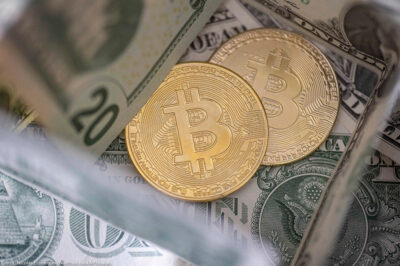 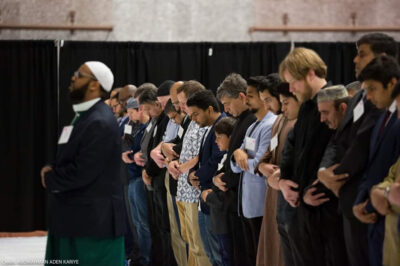