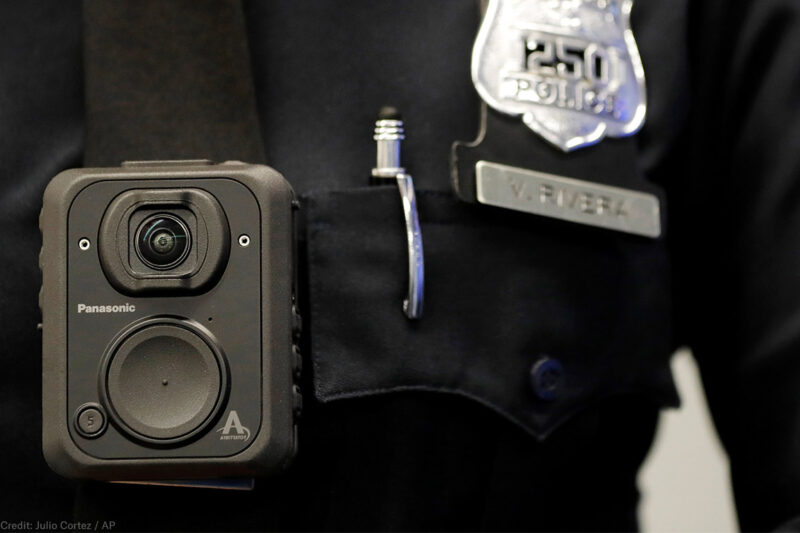 For states around the country considering rules for police body cameras, they should look to a new Ohio law for how to do it right when it comes to holding police accountable.

A few years ago, due to the proliferation of cell phone cameras, police killings of black men, including the strangling of Eric Garner and the murder of Walter Scott, began to be frequently recorded in shocking detail — something that previously occurred only in the rarest of circumstances, such as with the Los Angeles Police Department beating of Rodney King in 1991. In response, politicians who were seeking to produce an immediate and tangible response began vigorously advocating for the deployment of police body cameras.

Although it was well understood that attaching a tiny camera to a police officer’s uniform was not going to solve the significant racial biases plaguing our criminal justice system, body cameras do offer the potential to increase police transparency and accountability.

The ACLU recognizes that body cameras can be a double-edged sword, as there are serious concerns about their risk to privacy and potential for use as mass surveillance devices. Accordingly, we believe that local communities should be empowered to decide if the potential benefits of body cameras outweigh their drawbacks. And in order to maximize the benefits of body camera and minimize their potential drawbacks, the cameras should be governed by uniform laws that balance the need to promote police transparency and accountability with the need to protect privacy.

Unfortunately, the positive potential of police body cameras has gone unfulfilled in many places. In 2015, a large number of law enforcement agencies properly foresaw that the body camera train was destined to leave the station with or without their support. So instead of opposing body cameras, they pivoted to trying to limit access to their footage.

State legislatures have largely empowered the police to carry out this obstructive tactic. States have done this in a few ways. Some take no action with respect to body cameras at all, thereby allowing the release of footage to be determined by state open records laws without restricting far too malleable exceptions to them, like the ill-fitting but often invoked “investigative records exception.” Others explicitly exempt body camera footage from open records laws. Finally, some create a costly and laborious judicial process, which is slanted toward nondisclosure, that one must go through to obtain footage.

In some cases of where a civilian has been shot and killed by a police officer, despite a lack of clear laws mandating the release of the body camera footage, a particular law enforcement official’s commitment to transparency overcame these obstacles. Such was the case when, following the 2015 shooting of Sam Dubose in Ohio, Hamilton County prosecutor Joseph Deters released the body camera footage within 10 days of the event and without ever suggesting the footage would not be released.

In others, however, police have resisted releasing the footage and further alienated the communities they are supposed to serve and protect. This happened after the 2016 police killing of Keith Lamont Scott in Charlotte, North Carolina, where it took a massive exhibition of public outrage to convince the police to reverse their initial decision not release key portions of the body camera footage to the public.

It is for these reasons that the law passed by the Ohio Legislature and signed by its outgoing governor, John Kasich, in January was so important. The new Ohio law makes all police body camera footage subject to the state’s strong open records laws, which is a big win for transparency. It then proceeds to exempt certain highly sensitive and private footage from disclosure in the absence of permission from the video’s subject, such as videos showing personal financial or health information, the identity of certain crime victims, children, confidential informants, and persons who have been seriously injured or killed. That’s a victory for privacy and practical policing.

Finally, and most importantly, none of the law’s exemptions applies to videos showing a person being seriously injured or killed through a police use of force. That goes directly to the principal reason why body cameras were widely adopted in the first place: to provide transparency and accountability when a civilian is harmed by a police officer.

With the adoption of its law covering the disclosure of police body camera footage, Ohio joins New Hampshire in demonstrating that it is possible for states to adopt well-balanced body camera laws that center their polices around the interests of the public instead of the police. By adopting strong, well-balanced statewide laws, Ohio and New Hampshire now assure all their state’s residents and visitors will be protected by the same body camera rules, regardless of where in those states they may be. Let’s hope other states follow their admirable leads.