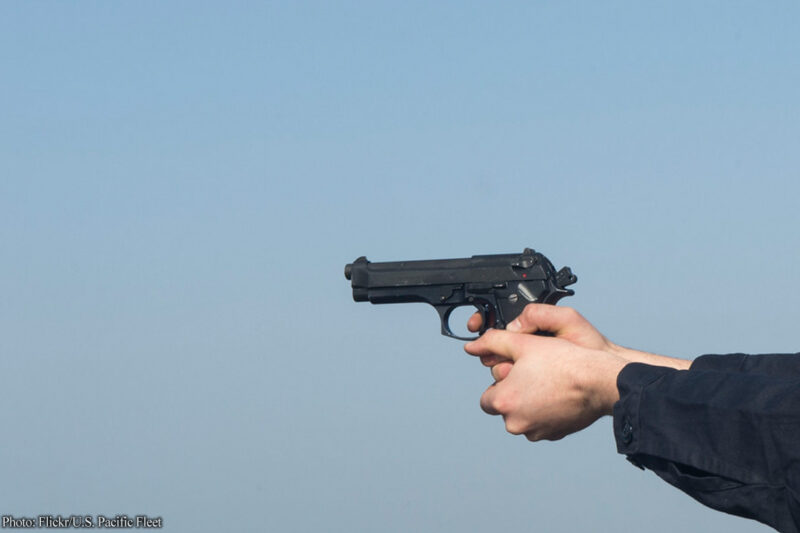 The Chicago police last week released video of 17-year-old Laquan McDonald being shot to death by a police officer. Release of the video showing the 16-shot barrage came only after a judge ordered its release, and after more than a year during which the police had refused to make it public. In Minneapolis, protesters have been clashing with police as the police similarly refuse to release video in the recent shooting death of another young Black man, 24-year-old Jamar Clark. In both cases the police have cited the need to keep video under wraps because there is an “ongoing investigation.”

The question of what police body camera video gets released to the public, and when, is an important one, and has become one of the central areas of dispute surrounding the technology. At issue are two sometimes conflicting values: privacy, and government transparency. Our position (as outlined in our body camera white paper and model policy) is that while most video footage should be kept private—held for a short period in case a complaint is filed, not analyzed or used for any other purpose, and then deleted within six months—some video footage is important for the public to see. We call for video of incidents to be releaseable under state open records laws where there has been a use of force, a felony arrest, or a complaint against a police officer. Certainly in the case of a police shooting or other use of deadly force, the public’s interest in understanding how and why an officer took such an extreme measure is overwhelming.

Police departments, however, regularly refuse to release video citing their need not to release details of ongoing criminal investigations. Aside from the question of whether police should have exclusive control over videos in the first place, the question needs to be asked: does this general exception to public transparency make sense in the case of body camera or other video footage of police uses of force?

There are a limited and narrow range of purposes for which exemptions should legitimately be granted. Those purposes include:

But none of these exemptions justify the withholding of video footage of a shooting or other use of force by a police officer. Exemptions to open-records laws for “ongoing investigations” were simply not created with police video of police shootings in mind, and do not make sense applied to such recordings. Yet police departments around the country are using these rules to block or delay release of video not because it would harm investigations, but because it makes them look bad. This is not how things are supposed to work in a democracy.

Let’s look at each justification for “active investigation” exemptions and how they apply—or not—to body camera footage.

Privacy: One purpose of these exemptions is to protect people from the stigma of being under investigation before the police have even finished assessing whether there is evidence of their involvement in a crime. A police officer who has used deadly force against a citizen has typically already been identified, and has no right to privacy in such circumstances as they are an employee of the public whose actions, ostensibly to protect the interests of that public, merit the highest levels of community scrutiny.

A concrete example of this was given to me recently by Laura Schauer Ives, a civil rights attorney in New Mexico (and former legal director for the ACLU there) who litigates on police use-of-force issues, including the infamous James Boyd shooting. As she pointed out,

The public needs to know if there are problematic officers. That’s why in Albuquerque, we know which officers have shot people three, four times. We have officers who have repeatedly used excessive force against citizens, and that’s the only way to know it, by knowing their names. And that is their job. You’re a police officer doing your public job.

In Chicago, where police and city officials fought to keep civilian complaints secret, the resulting lack of sunshine has allowed problematic officers to stay on the job unpunished (as we now know only because of a decade-long legal battle to bring that information to light).

When it comes to the privacy interests of the subject or victim of a use of force (or his or her survivors), typically they do not object to release of the video on privacy grounds; in the vast majority of cases under contention they are the ones clamoring for release. I recently wrote about an exception, where a shooting victim’s family sought to block release—but even there the public’s interest in monitoring the police force overcomes the privacy rights of the subject of police use of force. Should a video show bystanders with a legitimate privacy interest, their identity can be obscured through redaction of the video.

Protecting confidential sources: If an officer shown in the video is an undercover officer, his or her identity can ordinarily be obscured through redaction. While a case involving an undercover officer is theoretically possible, I have not heard of one. Redaction should also be sufficient should bystanders or others in a video happen to be informants. (And of course unredacted bystander video posted online can render any of these protections moot.) But this exemption to transparency has been abused: Ives told me that in New Mexico “we see the Albuquerque Police Department making the argument that officers who are not undercover, are undercover. If you’re out in public in a police vest that says APD, sorry but you’re not undercover.”

Interfering with the investigation: Another purpose of secrecy can be to avoid alerting suspects that they are under investigation (potentially spurring them to destroy evidence) or revealing what the authorities know about them and their possible crimes. But if there has been a police shooting, then the situation is different from those in which the above concerns apply. In a shooting, or if there has been a complaint, the involved officers know full well that they will be the subject of an investigation. (It is important to temporarily withhold the video from viewing by those under investigation—witnesses, arrestees, and the involved officers—until after they have given initial statements on the incident, as we have explained, but that does not justify any significant delay in release of the video to the public.)

Furthermore, the reason that police don’t want to release the details of an investigation to the public is that they don’t want one member of the public in particular—the perpetrator—to see that evidence. But in a police shooting, once the involved officer has seen that video, withholding it from the public no longer serves the purpose of keeping it from the person under investigation—now it serves only to prevent the public from seeing it. That’s not a legitimate goal on its own.

The right to a fair trial: It is important insofar as possible to protect defendants in criminal trials—whether they are arrestees or police officers—against pre-judgment by the community. Exposure to video evidence can harm not just the defense, but also the prosecution; one former Justice Department official whose job had included prosecuting police officers made the point to me that letting potential jurors in the community view a video before trial will shape and prejudice their impressions of what took place.

This is a legitimate concern, but generally does not hold up against the public’s critical need to engage in oversight of how its police are using force. There are also several factors that diminish the force of this consideration. Bystander video has so far been much more common in police shootings than bodycam video, and nothing can stop bystanders from exercising their First Amendment right to post their videos of an incident for the whole community to see. The courts have dealt with public bystander videos and they can deal with public bodycam videos—through the jury selection process for example, or change-of-venue motions that can be filed if the concern is particularly significant. In addition, it’s not clear how differently a video will prejudice a juror who views it on YouTube before joining a jury, compared to how they’ll interpret it when viewed at trial. It is far more important to get untainted initial testimony from witnesses and participants in a use of force case, than shielding the community at large.

The right to a day in court: There’s another reason it’s not okay to delay release of video until investigations and other legal processes around an incident have run their course: it prevents individuals from seeking justice for police wrongdoing in court. “It’s actually imperative that these things be public because of federal pleading requirements,” Laura Ives told me, explaining:

It used to be when you go to federal court with a claim of abuse, you just needed to make enough of a claim to get past a motion to dismiss. Now the federal standard under a case called Iqbal is that your claim needs to be “plausible.” To demonstrate that, you have to have enough information—you have to have evidence, you have to have a fairly strong claim going into the litigation, and even then you’re going to go up and back within a circuit on the qualified immunity issue before you ever get discovery, before you ever get to see a video or get a deposition. So getting video as a public record, seeing what happened in a shooting for example, is very, very important if you don’t want your lawsuit dismissed before you ever get to see discovery.

Overall, in some circumstances there can be sufficient reason to delay the release of certain evidentiary materials due to an active investigation, but when it comes to police body camera videos, the public’s interest in immediate oversight of how police officers use force is overwhelming, and it is hard to imagine circumstances in which the reasons for withholding such videos are not inapplicable or fatally weak—and even in the scenarios I can come up with, redaction would be sufficient.

Indeed last week’s release of the Laquan McDonald video followed a ruling by a judge who found that the Chicago police had failed to prove that releasing the video would hurt any ongoing investigation. But where existing state open records laws and jurisprudence do not clearly provide for the immediate release of police body camera video, state legislatures should take action to make clear that ongoing-investigations exceptions to open records laws do not apply to police body camera footage. If unusual situations should arise that we have not unanticipated, in which the harms such laws are intended to prevent would be brought about with sufficient severity to overcome the compelling public interest in disclosure, then withholding should be allowed if the police can establish the likelihood of those harms to a judge under a very high standard—and establish that redaction cannot solve the problem. And the videos should be released at the earliest possible moment that those extraordinary conditions no longer apply.

Finally, it’s important to note the significant harm that withholding video of police shootings does to trust and confidence in police and their relations with the community. Such withholding increases the sense of disrespect, and often appears to communities to be another example of police abusing their authority—not without reason, as our analysis here suggests. Police having exclusive control over, and then refusing to release, video of killings, which are disproportionately of Black men, frays even further any semblance of dignity and trust, and brings into sharp relief the use of authority to attempt to avoid accountability.