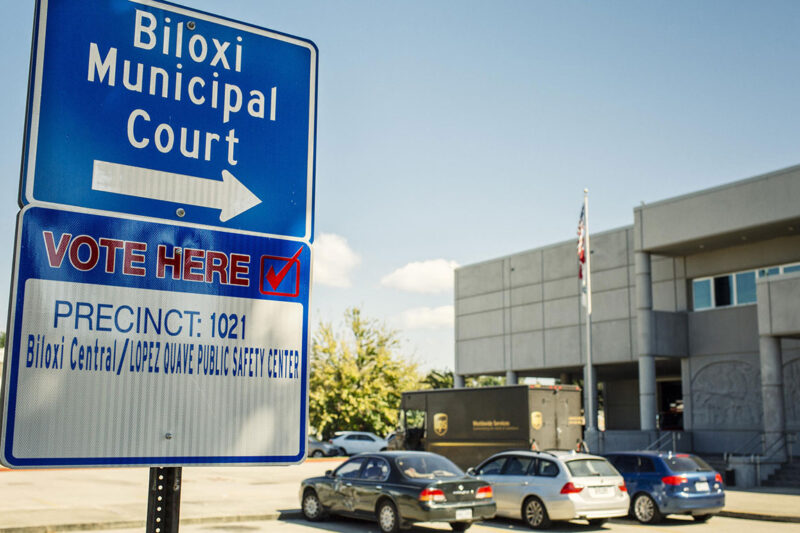 The fight against modern-day debtors’ prisons just got a new champion: the Department of Justice.

Yesterday the department called upon state court leaders to ensure that court rules and procedures on fine and fee collection afford due process and equal protection of the law and align with sound public policy. The timing could not have been better because today the ACLU reached a settlement in our lawsuit against Biloxi, Mississippi, which challenged the jailing of poor people if they could not pay the entire amount of their outstanding court fines and fees up front, in full, and in cash. The agreement provides a critically important model on how to implement the Justice Department’s recommendations and do even more to treat the rich and poor equally and fairly when they step into court.

The Justice Department came to a pretty simple conclusion that should not be controversial: People should never be locked up behind bars for being unable to pay court fines and fees they cannot afford. But local governments across the country are using threats of jail and actual imprisonment to secure payments toward court fines and fees. The ACLU has exposed and challenged these practices in places as diverse as DeKalb County, Georgia; Benton County, Washington; Eastpointe, Michigan; and Biloxi, Mississippi.

In one stroke, the Justice Department has dramatically amplified our efforts. It has issued a strong letter to state chief justices and court administrators making it clear that the 14th Amendment prohibits jailing people for nonpayment of court fines and fees without procedural safeguards. These measures include an ability-to-pay hearing before a neutral judge on whether a person’s nonpayment was willful or due to poverty, meaningful alternatives to jail for people who cannot afford to pay, and legal representation in certain collection enforcement actions.

DOJ’s letter also echoes longstanding ACLU concerns about the bias introduced when municipalities enlist for-profit probation companies that have a direct financial stake in the debts they are hired to collect. Employees hurt the company bottom line when they help courts identify indigent people whose payment of company service fees should be waived. The ACLU has sued the for-profit probation company Judicial Corrections Services, Inc. in Georgia and Biloxi.

But there is a way for municipalities to stay on the right side of the Constitution. Today’s settlement with Biloxi, Mississippi, provides a step-by-step guide on how court leaders can heed the Justice Department’s call to bring their court rules and practices in line with constitutional standards when imposing and collecting fines and fees.

The sweeping reforms adopted by Biloxi include the elimination of for-profit probation companies from the collections process and the adoption of detailed new court procedures, including a “bench card” to guide judges on how to avoid jailing people who are too poor to pay. Biloxi has also established a full-time public defender’s office to protect indigent people’s right to counsel, and it also will make payment plans, community service, and a host of other alternatives to jail available for those who cannot afford to pay court fines and fees. Judges will even consider ability to pay at sentencing to avoid imposing cripplingly high fines and fees that the poor cannot even hope to repay.

These reforms are transformative. They provide a map for other cities to follow in heeding the Department’s call, long before being sued.