If You’re Black or Brown and Ride a Bike in Tampa, Watch Out: Police Find That Suspicious 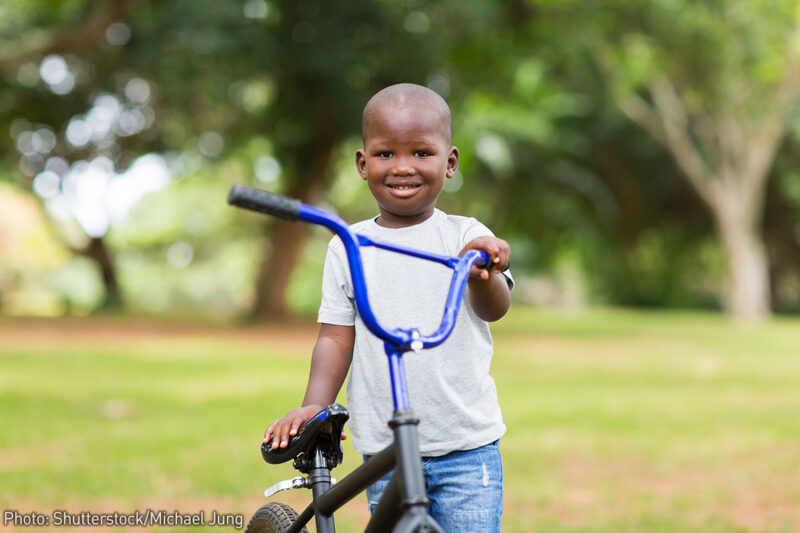 The Tampa Bay Times’ recent disclosure that police are targeting Blacks who ride bicycles — including children as young as three years old — for dramatically high rates of stops and searches is the latest piece in the nationwide debate about racial profiling that has followed the police-involved deaths of Michael Brown, Eric Garner, Walter Scott, Freddie Gray, and countless others.

Communities across the country are connecting the deluge of incidents in which police use force against Blacks (or, as in Gray’s case, show gross disregard for Black life) to everyday interactions in which police stop, frisk, and search Blacks and Latinos because of their race, rather than evidence of wrongdoing — a practice well-documented in New York, Boston, Philadelphia, and Ferguson. The latest reports from Tampa underscore just how little progress has been made in rooting out racial profiling and how the routine over policing of communities of color can lead to interactions that tragically devolve into the use of force.

The Tampa Bay Times reviewed 12 years of data on civil traffic citations in Hillsborough County, Florida, and discovered that the Tampa Police Department issues an astronomically high number of bike tickets, overwhelmingly to Blacks. From 20o3 to 2015, Tampa police wrote more than 10,000 bike tickets and issued 79 percent of them to Blacks — even though Blacks comprise only 26 percent of the Tampa population.

In the past three years, Tampa police wrote more bike tickets than the combined total number of tickets issued in four of the five largest Florida cities. Those targeted, the paper found, are concentrated in Tampa’s poor Black communities.

Equally disturbing is the conduct that police are choosing to sanction, including the ticketing of children. ACLU review of the data shows that in 2014, Tampa police issued 70 tickets for “bike riding w/no hands” — all but three went to Blacks. During the 12-year period studied, at least 142 bike tickets were issued to kids aged 15 and under, including children as young as three. All but 9 of these children are Black or Hispanic.

Even when Tampa police ticketed older Blacks, the paper discovered troubling circumstances. Alphonso Lee King was stopped by police and had his bicycle confiscated because the 56-year-old could not provide a receipt to prove the bike was his. These tickets come with serious consequences, including driver’s license suspensions and reports to collection agencies when people — even children as young as 11 years old — cannot afford to pay. As the Department of Justice’s investigative report on the Ferguson Police Department demonstrated, the indebtedness that comes from these hefty fines can shatter the lives of poor people, ensaring them in a cycle of indebtedness almost impossible to avoid.

Tampa’s outgoing police chief claims that bike tickets are issued to people allegedly involved in criminal activity and that criminals now rely principally on bikes for transportation. These arguments are severely undercut by the Tampa Bay Times’ finding that only 20 percent of the adults ticketed in 2014 were even arrested for criminal activity — usually a drug charge — in the course of the bike stop.

Tampa police should be less defensive and consider the data and stories in the context of today’s debates about the over policing of communities of color and our national history of racial profiling. The city’s police should also remember that it isn’t the first department to come under scrutiny for disproportionately targeting Black people for bicycle stops.

In 2002, the ACLU of Michigan sued the Eastpointe Police Department for discrimination on behalf of 22 kids who had been stopped while riding bikes, questioned, and searched. Between 1995 and 1998, police had stopped more than 100 Black children aged 11 to 18 on their bikes, but only 40 white cyclists. Police had confiscated and auctioned off some of the plaintiffs’ bicycles.

And why did police target Black kids on bikes in Eastpointe?

The lawsuit revealed that the city police chief had issued a memorandum that explicitly instructed police officers to investigate any Black youth riding through the city — damning evidence of race-based targeting without any reasonable suspicion of wrongdoing, which the Fourth Amendment requires. The case was ultimately settled after a federal court ruled that there was enough evidence of racial discrimination and illegal searches to take the case to a jury trial.

Even today, Tampa is not alone in reports that police are profiling Black kids on bicycles. Reports out of Fort Lauderdale and Boston also suggest a problem. Boston resident Modesto Sanchez was stopped and frisked as a teen when riding on a bike on his own street. The police officer explained, “People in your hood ride bikes to shoot people,” and accused Sanchez of looking “suspicious.”

Walter Scott and Freddie Gray died after initial interactions with the police over routine activity — such as driving a car with a broken taillight or making eye contact and then running away from bike cops — that escalated with tragic results. By heightening the likelihood that people of color will face a police interaction in the first place, racial profiling in any form — whether of pedestrians, bikers, or drivers — is one critical reason why people of color are more likely to become victims of police violence across America.

Thanks to data published by Hillsborough County, Tampa has information suggesting racialized policing that other cities lack. The mayor and incoming police chief of Tampa should view this data and community calls for reform as an opportunity to make positive changes — a chance to ensure that steps are taken before one tragic incident lights a fuse transforming Tampa into the next Ferguson or Baltimore.

The Tampa Police Department has agreed to let Department of Justice Community Oriented Policing Services (COPS) review its program. But that is not enough. Neither the police nor COPS has made clear whether that review will include an investigation into racial profiling and civil rights violations — and that is what needs to happen.

The Tampa Police Department should also accept the invitation of civil rights groups and faith leaders to discuss bicycle enforcement and reforms to address racial disparities in policing. And it should stop issuing bicycle tickets until an investigation identifies the source of the problem, to prevent the needless issuance of tickets for minor infractions.