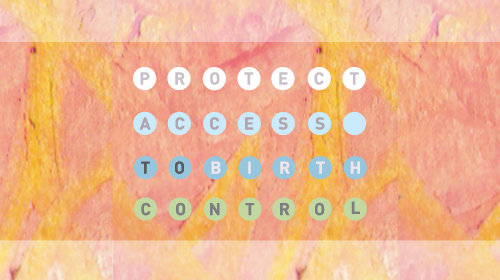 This piece was also posted on ACSblog.

Last week, as the nation paid rapt attention, the Supreme Court upheld the Affordable Care Act (ACA) in National Federation of Independent Business v. Sebelius. The decision is especially critical for women, who are more likely to suffer gaps and discrimination in their health care coverage. Importantly, it means that the contraceptive coverage rule – which ensures access to affordable birth control for millions of women across the country – is still in place.

﻿That same day, the Supreme Court made a second decision about the ACA to a much quieter reception. The Court declined to hear Seven-Sky v. Holder, a case alleging that the ACA’s individual mandate provision violates the Religious Freedom Restoration Act (RFRA), a statute that precludes federal laws from placing a “substantial burden” on religious exercise unless the government has a compelling interest in enacting the law. Here, the plaintiffs argued that they “believe in trusting in God to protect [them] from illness or injury,” and therefore did not “want to be forced to buy health insurance coverage.”

Both the district court and the U.S. Court of Appeals for the D.C. Circuit, in an opinion authored by conservative judge, Laurence Silberman, resoundingly rejected this argument, concluding that there was no substantial burden. The Supreme Court, in turn, determined that there was no need to review that conclusion. That’s bad news for groups hoping to radically redefine the meaning of religious liberty and overturn longstanding principles regarding the freedom of religion by challenging the contraceptive coverage rule under RFRA. If a law requiring an individual to acquire insurance coverage for herself despite claims that it’s contrary to her beliefs doesn’t trigger RFRA, the even more tenuous connection between an employer’s contribution to an insurance plan for its workers and the health services accessed by workers under that plan should certainly be on safe ground. That’s good news for women.

The 23 lawsuits attacking the contraceptive coverage rule as infringing on the religious liberty rights of employers that want to withhold coverage of birth control from their employees have always been all bark, no bite. Our courts have long held that institutions that operate in the public sphere are not above the law; the Supreme Court has recognized that allowing employers to get around laws like these can “operate[] to impose the employer’s religious faith on the employees.” Both the California Supreme Court and New York’s equivalent have dismissed claims that requiring coverage of contraception runs afoul of religious liberty. After last week’s decision, the plaintiffs’ claims should quiet to a whimper.

Insurance covers a broad range of benefits, some of which any given individual will never use. The rule simply requires that employers and insurers not deny individuals coverage for contraception. It’s up to the employee – as it should be – to decide whether to access that coverage in her private life. That connection is far too tenuous to impose a substantial burden on the employer. As New York’s highest court explained, there is no “absolute right for a religiously-affiliated employer to structure all aspects of its relationship with its employees in conformity with church teachings.” It would be akin to allowing a company to dictate how its workers spent their paychecks.

None of this, of course, is stopping groups like the Becket Fund from promising to press forward with the lawsuits with full force, or the U.S. Conference of Catholic Bishops from continuing to condemn the coverage requirement. But with both law and public health policy on the rule’s side, it’s only a matter of time before we celebrate another court victory for the Affordable Care Act, women, and families.