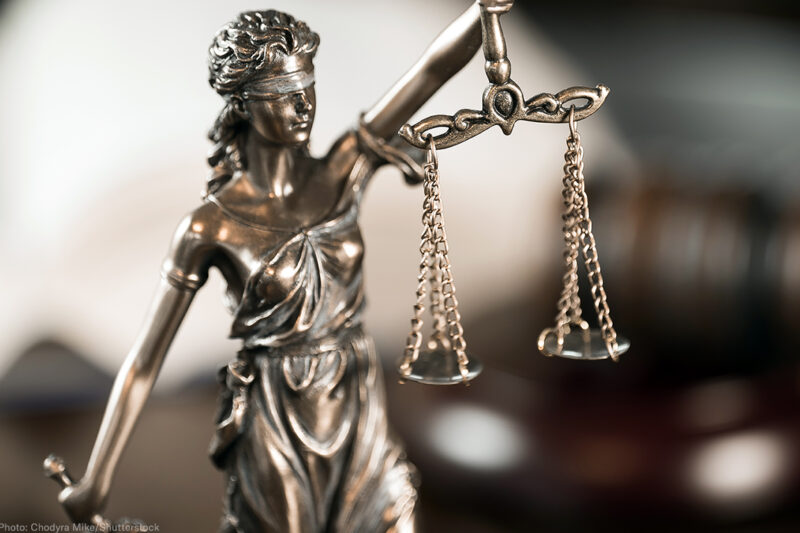 Her plea, which I relayed to a three-judge appeals panel, was: “Please stop delaying my decision any longer.” That panel included Judge Brett Kavanaugh, and her plea went unheeded.

In the only abortion case heard by President Trump’s nominee to the Supreme Court, Judge Kavanaugh issued a decision that would have forced Jane to further delay her abortion, almost a full month after she first sought it. Ultimately, the full appeals court reversed his decision, ending the government’s obstruction in the dramatic case.

While Judge Kavanaugh’s decision was cause for concern when it was issued last year, it’s taken on far more importance now, given his nomination to the high court and the clues it provides about how he might shift the course of reproductive rights in this country. Although the ACLU neither endorses nor opposes Supreme Court nominees, we do have an obligation to analyze Kavanaugh’s judicial record on areas that impact core civil liberties and civil rights.

Jane Doe, a pregnant 17-year-old unaccompanied immigrant minor who was abused by her parents in her home country, was effectively held hostage by the government to stop her from accessing abortion. The Trump administration ordered the private shelter where she was staying to prevent her from going to any abortion-related appointments. While the court battle raged, the government’s obstructionism pushed Doe further along in her pregnancy against her will. She always remained resolute in her decision to terminate her pregnancy. Yet day after day, she was forced to sit in the shelter, waiting to hear whether she would be able to have an abortion or whether she would be forced to carry the pregnancy to term.

Although we secured an emergency order from a lower court allowing Doe to have the abortion, the government appealed. Over a vigorous dissent by Judge Patricia Millett, Judge Kavanaugh wrote a decision that allowed the government to further obstruct Jane’s abortion.

By the time of Judge Kavanaugh’s ruling, the Trump administration had already delayed Doe’s abortion by almost a month. The decision allowed the government to continue to obstruct her abortion while the government looked for a sponsor for Jane, which they had been unsuccessful in finding for the prior month and a half. As Judge Millett put it, there was no “reason to think that a sponsor” could be found in “short order.” As a result, Judge Kavanaugh’s order would force Doe to delay her abortion for “multiple more weeks.”

Because further delay was clearly unacceptable, we asked the full court of appeals to review the case. It did so, and reversed Judge Kavanaugh’s decision, ordering the government to allow Doe to have an abortion without further delay.

The full court largely adopted the reasoning in Judge Millett’s dissent, which explained why the panel decision written by Judge Kavanaugh ignored both the harm to Jane and binding Supreme Court precedent. She wrote that forcing Jane Doe to remain pregnant against her will sacrifices her “constitutional liberty, autonomy, and personal dignity for no justifiable government reason.”

Judge Kavanaugh, for his part, issued his own vigorous dissent from the full court’s opinion, saying the court had “badly erred in this case,” by relying on “a constitutional principle as novel as it is wrong.” He argued that the government should be given time to place Jane with a sponsor so she could be with a family member, notwithstanding the fact that it takes weeks or months to locate a suitable sponsor, that she had already made her decision, that she had obtained a court order allowing her to consent to the abortion on her own, and that she had a court-appointed guardian looking out for her best interests.

We are at a critical moment in history. President Trump has vowed to appoint Supreme Court justices who would overturn Roe v. Wade. Given that Judge Kavanaugh allowed the government to further obstruct Jane Doe’s access to abortion, we should all be gravely concerned about what his appointment means for the future of Roe.

But we can’t just limit our focus to the question of whether Roe will be overturned. The right to abortion could also be eviscerated if the court upholds dangerous restrictions on abortion — even short of an outright ban.

Indeed, Roe didn’t stop Judge Kavanaugh from giving the government a pass to keep obstructing Jane’s abortion access. The right to abortion means nothing if a woman can’t exercise it without shame, stigma, and obstacles. The Senate, therefore, has an obligation to ask Judge Kavanaugh during his confirmation hearing not just whether abortion is constitutionally protected, but how far the government can go to restrict a woman’s access.

This is not an academic exercise. Jane’s is just one of the stories behind this critical constitutional right. Being forced to remain pregnant for weeks took an emotional and physical toll on her. If the courts weren’t there to stop the Trump administration, what would have happened to her?

As Doe later said, “I dream about studying, becoming a nurse, and one day working with the elderly.” Every person should have the ability to make the best decision for herself as well as the chance to pursue her dreams without fear of a government official or judge getting in the way.