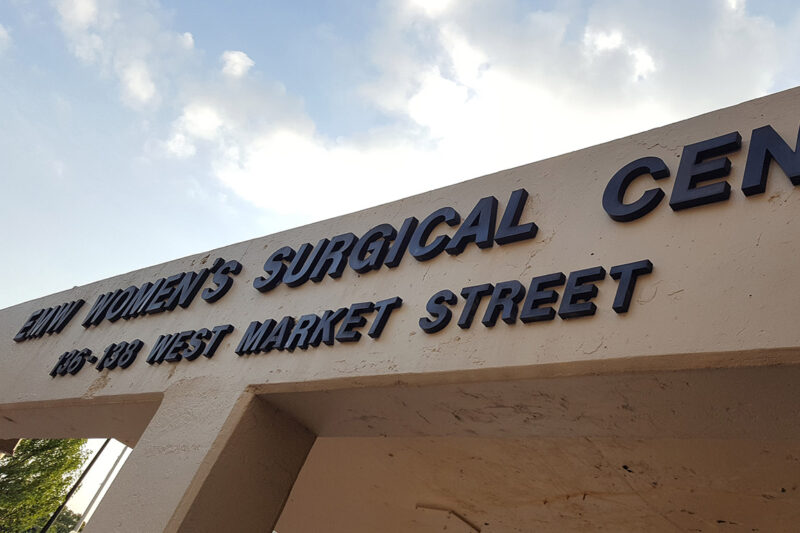 Abortion rights captured the nation’s attention earlier this year when seven states passed early abortion bans. With the changes in the Supreme Court, and President Trump’s promise to appoint justices that would overturn Roe v. Wade, the concern about whether these new abortion bans would be upheld by the Supreme Court understandably reached a fever pitch.

But banning abortion outright isn’t the only way to eliminate abortion access in a state. For decades, anti-abortion politicians have been quietly trying to push abortion out of reach by passing abortion restriction on top of restriction. The new Supreme Court term started this week, and several challenges to such restrictions are pending in the Supreme Court. The Court could thus issue a ruling that would affect the future of abortion access this year without ever taking up a case involving an outright abortion ban.

Many of the abortion restrictions passed in recent years are called Targeted Regulation of Abortion Providers (TRAP) laws. They serve no medical purpose, and are passed with the sole intention of making it difficult — if not impossible — for people to access abortion. A TRAP case from Louisiana, brought by our colleagues at the Center for Reproductive Rights, is one of the cases that SCOTUS could take up this term.

The TRAP law in question in the Louisiana case requires doctors who work at abortion clinics to have admitting privileges at a local hospital. If it stands, it would shutter all the clinics in the state except for one.

A district court struck down the law after finding that it would serve no medical purpose and would decimate abortion access in the case. The state appealed, and the Fifth Circuit Court of Appeals upheld the law. While it agreed that the law had limited-to-no medical utility, the court inaccurately found that the law wouldn’t cause clinics to close.

If you are experiencing déjà vu, you are not alone. In 2016, the Supreme Court heard Whole Woman’s Health v. Hellerstedt, and found that a nearly identical law in Texas, which also required abortion providers to have admitting privileges at a local hospital, served no medical purpose and would unnecessarily force clinics to close. The Court ruled that the law was therefore unconstitutional. The Whole Woman’s Health decision should have controlled the outcome in the Louisiana case too, but the Fifth Circuit failed to follow it.

Louisiana is not alone in trying to use TRAP laws to effectively ban abortion. In Kentucky, we represent the last abortion clinic in the state, EMW Women’s Surgical Center, in several lawsuits, including a challenge to a TRAP law that requires abortion facilities to have a written transfer agreement with a local hospital. EMW had a transfer agreement with a local hospital for years, but Governor Bevin’s administration rejected it because it was signed by the head of the OB/GYN department rather than the hospital’s CEO. To prevent the state from shutting EMW down and eliminating abortion access in Kentucky, we went to court. The law was struck down after trial, but the state’s appeal is now pending in the Sixth Circuit Court of Appeals.

In Ohio, a TRAP law is also being used to quietly and gradually close abortion clinics. The law creates a complicated obstacle course for clinics: it says surgical facilities must have a written transfer agreement with a hospital, but the state department of health can waive that requirement if the clinic has one or more backup doctors with hospital admitting privileges. The health department previously said that two backup doctors are insufficient for a waiver, and have arbitrarily demanded three instead. Now – for no medical reason – they are requiring four back-up doctors. In states where doctors are subject to harassment for simply being associated with abortion access, finding that many back-up doctors can be next to impossible.

In Missouri, the state’s last clinic is facing a similar fight. Earlier this year, the health department threatened to shut down that clinic, which is a Planned Parenthood affiliate, over disputes about its license. Planned Parenthood’s lawyers ran to court, and were able to get a court order prohibiting the state from closing the clinic—for now.

These states have followed up their restrictive TRAP laws with legislation that effectively bans abortion (although none are currently in effect). The agenda of these anti-abortion politicians is clear: TRAP laws have nothing to do with public safety, and everything to do with hostility to abortion. They are part of a strategy to do anything that eliminates abortion access.

As the Supreme Court starts its new session this week, all eyes should be on the Louisiana case. If the Court allows the Louisiana law to take effect, it will not only be devastating for people in Louisiana, it could also pave the way for courts to uphold other TRAP laws and abortion restrictions that will push abortion out of reach even more so than it already is. TRAP laws hide their true intention under complex regulatory requirements that obscure what they are meant to accomplish, which is an end to abortion access. We must remain vigilant against all attempts to ban abortion, including both explicit as well as more subtle attempts.