If You Get Raped, You Better Keep a Receipt 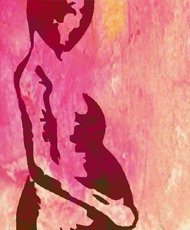 This week, House Speaker John Boehner (R-Ohio) returned from April recess with a spring in his step and a gleam in his eye. At the top of his agenda? A far-reaching attack on abortion access, misleadingly titled the “No Taxpayer Funding for Abortion Act,” or as we like to say in the beltway, H.R. 3, which is scheduled for a vote tomorrow.

You might have thought that the anti-choice leaders in the House would be worn out from trying — and failing — to hold up the entire federal budget over cervical cancer screenings (which, contrary to assertions made on Fox & Friends, you can’t get at Walgreens). But these days they appear to have limitless energy for attacking women’s health and well-being. This week’s target is insurance coverage that includes abortion care.

The essence of H.R. 3 can be expressed in two words: rape audits. That’s right, this bill could force rape and incest survivors who choose abortion care to prove their trauma to IRS agents. To be clear, this radical, expansive bill has many seriously harmful impacts, but this one uniquely captures H.R. 3’s malevolent spirit.

In an effort to impose one narrow ideology on every woman’s life, H.R. 3 rewrites long-standing tax laws to penalize a single, legal medical procedure: abortion. It denies tax credits to small businesses and middle-class families if their health plans include abortion coverage, and imposes a tax increase on women who need abortion care.

In their beneficence (also known as a response to really bad press), the bill’s authors maintained a longstanding exception to the bill’s restrictions for cases of rape and incest (as well as when a woman is in danger of dying), after initially trying to narrow the definitions of rape and incest. However, as we learned from the nonpartisan Joint Committee on Taxation, the rape exception could be enforced just like every other tax provision — through IRS audits. And just as in every other audit, the burden would rest with the woman to produce sufficient evidence. Or as Rep. Louise Slaughter (D-N.Y.) put it last month at a rally for women’s health: if you get raped, you better keep a receipt.

What does this reveal? An utter callousness about the actual impact of government meddling in a woman’s life, and a desire to make a difficult time even harder if that furthers the right’s narrow social agenda. H.R. 3 represents radical government intrusion into a profoundly personal realm. Each of the provisions of the bill, whether or not they have a quotable label, carries through that same theme.

In addition to trying to excise abortion coverage from the private insurance market, H.R. 3 would make permanent the unjust abortion bans that prevent millions of women — such as those enrolled in Medicaid, federal employees, and residents of the District of Columbia — from having health insurance coverage that includes abortion care. In other words, H.R. 3 denies women health insurance that covers their health care needs. Talk about a total disregard for women and making a difficult time harder.

The authors of H.R. 3 have given us a gift: a bill where the heinous extent of government intrusion is impossible to ignore. Tell Congress enough is enough: a woman’s medical decisions are her own.