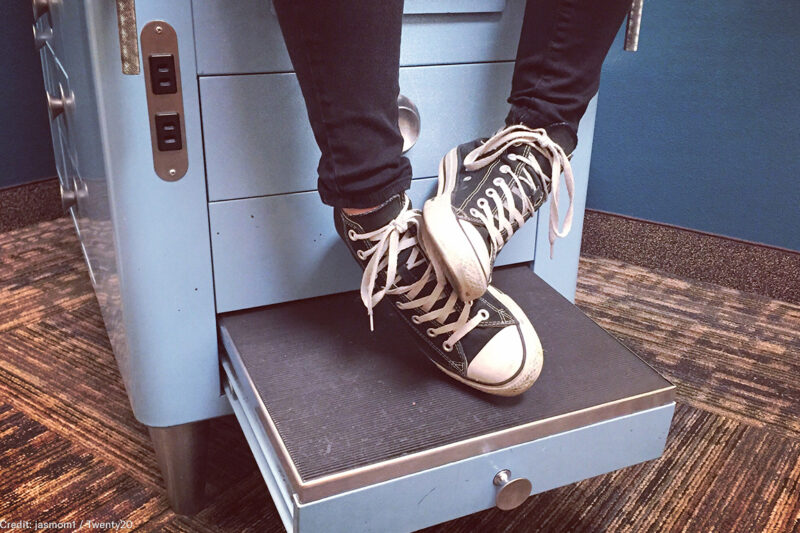 Last night was the first night in a month that I was able to fall asleep without worrying about whether Jane Doe would get the medical care she needs. Jane, a 17-year-old unaccompanied immigrant minor, received her abortion yesterday after being held hostage by our federal government for over a month. But while the legal drama and Jane’s plight captured the country’s attention, her battle is part an overall war being waged by the Trump Administration against reproductive rights and immigrants’ rights.

Jane crossed the U.S. border on her own in September. She was detained and placed in a government-funded shelter where she discovered she was pregnant. She immediately asked for an abortion. But what federal officials did next is straight out of dystopian fiction.

Under their new Trump-era policy, which drastically restricts abortion access for minors in their custody, they ordered the shelter to block Jane from accessing an abortion. Government officials then forced her to visit a “Crisis Pregnancy Center,” a religiously-affiliated counseling center that is not staffed by healthcare professionals, to try to coerce her to carry her pregnancy to term. As Jane herself said, “People I don’t even know are trying to make me change my mind.”

Jane was resolute in her decision to have an abortion, and she bravely decided to challenge the government’s unlawful and inhumane actions. It might be easy to dismiss Jane’s case as unique. But make no mistake: The Trump Administration would do to all of us what it has done to Jane if it could.

Anti-abortion politicians always start by targeting the most marginalized. Shortly after Roe v. Wade was decided in 1973, a member of Congress, Henry Hyde, introduced a law that banned Medicaid from covering abortion. “I certainly would like to prevent, if I could legally, anybody having an abortion, a rich woman, a middle-class woman, or a poor woman,” he said at the time. “Unfortunately, the only vehicle available is the Medicaid bill.”

To this day, the Hyde Amendment prohibits federal funds to cover abortion for those who have Medicaid for their health insurance, forcing one in four poor women to carry an unwanted pregnancy to term because she can’t raise the money to pay for an abortion. Though separated by time, the Trump administration’s actions mirror those of Hyde. They aim to put an end to abortion, and they target low-income and marginalized people in our society.

Trump has vowed to appoint Supreme Court justices that would overturn Roe, and earlier this month, the Trump Administration rolled back the Affordable Care Act’s contraception coverage requirement. There is no doubt that more attacks are coming.

If you were outraged by what our government did to Jane, you should know that there are so many more Janes out there. Not just unaccompanied immigrant minors, who are in a similar situation to Jane, but everyone in this country who is unable to access the care that they need because of the sham laws put in place by ideological politicians. As we did for Jane, let’s stand together and say: If you want to come for any of these Janes, you have to go through us first.