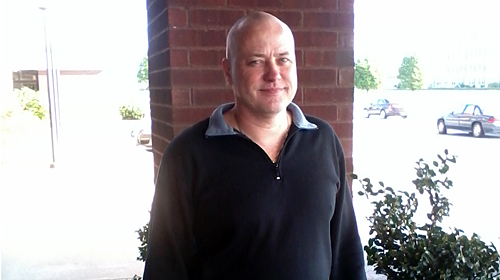 David Fathi, director of the ACLU National Prison Project, testified today in favor of closing Tamms Correctional Center at a hearing before the Illinois Commission on Government Forecasting and Accountability in Ullin, Illinois. Tamms is a supermax prison where prisoners are held in long-term solitary confinement, often for a decade or longer.

The full text of the written testimony submitted to the Commission by the ACLU and the ACLU of Illinois is available here. You can also listen to a new podcast with former Tamms prisoner Brian Nelson (pictured above), who spent 23 years in solitary confinement.

The following is an excerpt from the ACLU’s testimony:

The shattering effects of solitary confinement on the human psyche have long been well known.

In 1890, the United States Supreme Court described the devastating effects of solitary confinement as practiced in the nation’s early days:

A considerable number of the prisoners fell, after even a short confinement, into a semi-fatuous condition, from which it was next to impossible to arouse them, and others became violently insane; others, still, committed suicide; while those who stood the ordeal better were not generally reformed, and in most cases did not recover sufficient mental activity to be of any subsequent service to the community.

Half a century later, the Court referred to solitary confinement as one of the techniques of “physical and mental torture” that have been used by governments to coerce confessions.

More recently, the Chicago-based U.S. Court of Appeals for the Seventh Circuit observed that “the record shows, what anyway seems pretty obvious, that isolating a human being from other human beings year after year or even month after month can cause substantial psychological damage, even if the isolation is not total.” The court recognized that “there is plenty of medical and psychological literature concerning the ill effects of solitary confinement (of which segregation is a variant)[.]”

And in 2010, an Illinois federal court found that “Tamms imposes drastic limitations on human contact, so much so as to inflict lasting psychological and emotional harm on inmates confined there for long periods.”

Because of the profoundly damaging effects of solitary confinement, particularly on prisoners with mental illness, a number of federal courts have ruled that conditions in supermax prisons like Tamms cause such extreme suffering that they violate the Constitution’s prohibition on cruel and unusual punishments.

The U.N. Committee Against Torture, the official body established pursuant to the Convention Against Torture — a treaty ratified by the United States — has also recommended that the practice of long-term solitary confinement be abolished altogether.

Because it is inconsistent with international human rights norms, the use of supermax prisons like Tamms threatens the ability of the United States to secure the extradition of criminal suspects from other nations. The European Court of Human Rights has temporarily blocked the extradition of three terrorism suspects to the United States on the ground that if convicted, their eventual confinement in a U.S. supermax prison might violate the European Convention on Human Rights.

Closing Tamms will advance human rights, preserve public safety, and save Illinois taxpayers tens of millions of dollars. The ACLU respectfully urges the Commission to take this long overdue step.