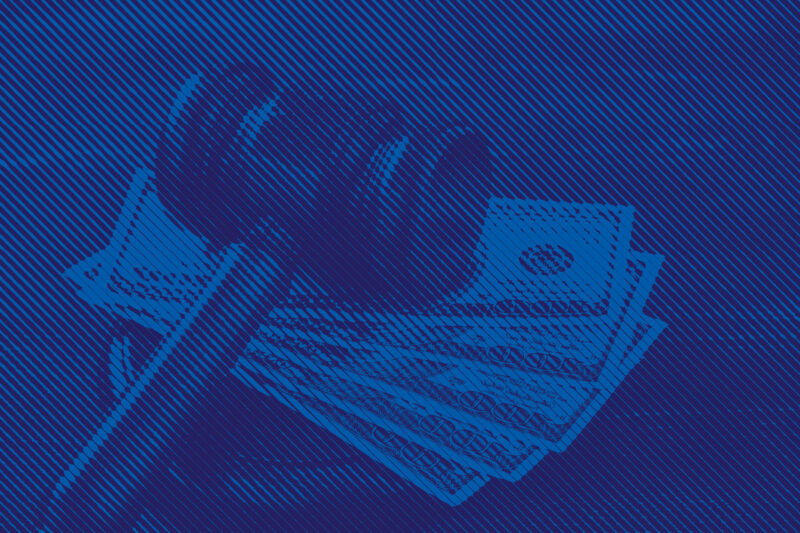 Every year, millions of people are arrested, required to pay money bail they cannot afford, separated from their families and loved ones, or subjected to long periods of incarceration based on the mere accusation of a crime. This all occurs while people are presumed innocent under the law. Black and brown people, their loved ones, and those without the economic resources to thrive suffer the worst harms.

Yet while there is broad consensus that our money bail system is in dire need of an overhaul, difficult questions remain about how to best shape that reform. For instance, if we abolish money bail, will judges and prosecutors seek increased authority to jail people outright pending trial? This preventive detention could result in as many people — or more — languishing in jail without their day in court.

Further, what factors should judges consider when deciding to release or detain a person who hasn’t been convicted? How much evidence must the government show before someone is put in jail awaiting further process? Can — and should — predictive algorithms based on criminal justice data play a role in these determinations?

The ACLU has wrestled with these questions considerably. We looked to the constitutional principles we fight for in our lawsuits every day, available empirical research, and guidance from our organizational partners and other recognized experts in the field. We co-hosted a gathering of interdisciplinary experts to explore civil rights concerns algorithmic risk assessment tools.

On Tuesday, the ACLU released, “A New Vision for Pretrial Justice in the United States,” which describes our pretrial policy vision. We envision a country in which pretrial incarceration is all but eliminated, with at least 95 percent of all people in the criminal legal system released no later than 48 hours after arrest. We also demand adequate and robust protections for people going through the system and that for-profit actors be removed from this pretrial space.

More detail is provided in the linked paper and its appendix, but here is a big picture overview of our vision.

Reduce the harms of the pretrial process

Jurisdictions undertaking reform have to meaningfully move away from a “law and order” approach to a humanizing one. For example, when a person has work or family obligations, they should have the right to reschedule a court date without being punished. Moreover, we should evaluate closely what we criminalize, decriminalize widely, and invest instead in community-based alternatives to incarceration.

No one should make a living on the backs of people being churned through the criminal legal system. We must completely abolish for-profit bail and for-profit pretrial supervision.

Even a day in jail causes tremendous harm and negates, rather than promotes, the purposes underlying our bail system. And jurisdictions that have adopted pretrial reform are generally left with the subjectivity of judges’ determinations about whom to free and whom to detain. Meanwhile, most people are likely to show up for court and pose no threat to public safety. Given these realities, we have prioritized diverting as many people as possible from jails in the first place.

If a person is arrested, they should proceed to a hearing within 24 hours at which a judge can only impose conditions on her release, not order them jailed. Given the presumption of innocence and the fundamental right to liberty, everyone will be presumed to be released with no conditions, regardless of what they are accused of.

Narrowly limit who is jailable before conviction

We cannot continue to assume someone is dangerous and should, therefore, be in jail because they are charged with a serious crime. Detention should be the exception, not the rule. Courts should only be empowered to jail someone awaiting trial in rare cases where a person is accused of an extremely serious charge and the prosecutor files a motion establishing that pretrial jailing should be considered. People then need to receive a hearing, with public defenders available. There can be no shortcuts to this process.

Actuarial algorithms should not play a role in pretrial systems

The ACLU has significant concerns about actuarial algorithms’ potentially detrimental racial impact, lack of transparency, and limited predictive value. Not only do these tools not provide the specific, individualized information required to justify limiting a person’s pretrial liberty, but the underlying racial bias presented in criminal justice data points makes it impossible to reconcile how existing tools operate with our vision of justice.

No one should be deprived of their liberty or subjected to onerous conditions simply because they cannot obtain a sum of money. As is constitutionally required, any time bail or release conditions are considered, courts must undertake a careful examination of the person’s ability to pay any amount.

This is a critical moment for advocates to capitalize on the momentum surrounding pretrial justice and bail reform. However, it is critical to remain steadfast in our vision as we approach system change. Only through collective investment in all of the necessary components of reform can the United States have a fair and just pretrial system. We believe this better and more humane future is possible and will continue to fight towards this vision.