Boston Police Have a Racially Biased Policing Problem, and a Golden Opportunity to Reform 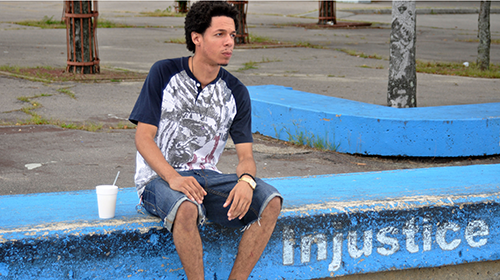 During the summer of 2011, then-19-year-old Ivan Richiez was robbed at gunpoint and pistol-whipped by two men in the Jamaica Plain neighborhood of Boston. Bruised and bloodied, Ivan walked home passed the local Boston Police Department (BPD) precinct. He thought about stopping to ask for help. But then he remembered the more than two dozen times police had stopped or frisked him since 2007, even though he hadn’t been doing anything wrong.

For years, Boston’s communities of color have reported that police target them for police-civilian encounters, including stops and frisks. They have not been crying wolf.

Today, the ACLU and the ACLU of Massachusetts have released a report, “Black, Brown and Targeted,” that describes powerful new evidence of racially biased policing in Boston. A police-appointed researcher conducted a preliminary analysis of more than 200,000 reports of police-civilian encounters from 2007-2010. The analysis provides evidence that BPD engaged in racially biased “stop and frisk” practices in the following ways:

The bottom line: BPD targeted both black neighborhoods and black people disproportionately for police encounters in ways that are not explained by efforts to target crime.

This is powerful evidence of racially biased policing. And it presents Boston with a powerful opportunity.

Armed with this information, Boston can acknowledge its history of racially biased policing. It can show that the problem is not intractable. It can serve as a leader nationwide in adopting reforms to root it out.

In other words, Boston can be the leader that Ferguson was not.

Before the tragic killing of Michael Brown by a police officer in August 2014, Ferguson already had evidence of racially biased policing. The Missouri attorney general had published data showing that although Ferguson police were twice as likely to search blacks than whites after initiating a stop, whites were far more likely to be found with contraband. That meant police were targeting blacks for stops and searches, but getting it wrong more often than they were for whites. But the police did not reform.

We urge Mayor Marty Walsh and Police Commissioner William Evans to take a bolder and better path than Ferguson. They should tackle Boston’s racially biased policing problem with a focus on accountability, constitutionality, and transparency.

Accountability: The Boston police should adopt a policy requiring all officers who engage in any police-civilian encounters to wear and use body-worn cameras during every interaction with the public. It should also provide documentation – i.e., a receipt – to any civilian involved in a stop, frisk, and search, even if purportedly consensual.

Constitutionality: BPD should adopt department-level training on implicit bias and supervision to identify and correct racial bias. This will help ensure respect for the right to equal protection under the law.

Transparency: BPD should publish on a quarterly basis electronic data on all police-civilian encounters, including demographic information and the officer’s basis for the encounter and action. Openness will rebuild badly damaged public trust, permit researchers to continually test data for evidence of racial bias, and help identify solutions.

Boston has all the information in needs to choose the right path. The time is now.

Visit our website for more information on the ACLU’s work to end racial profiling.