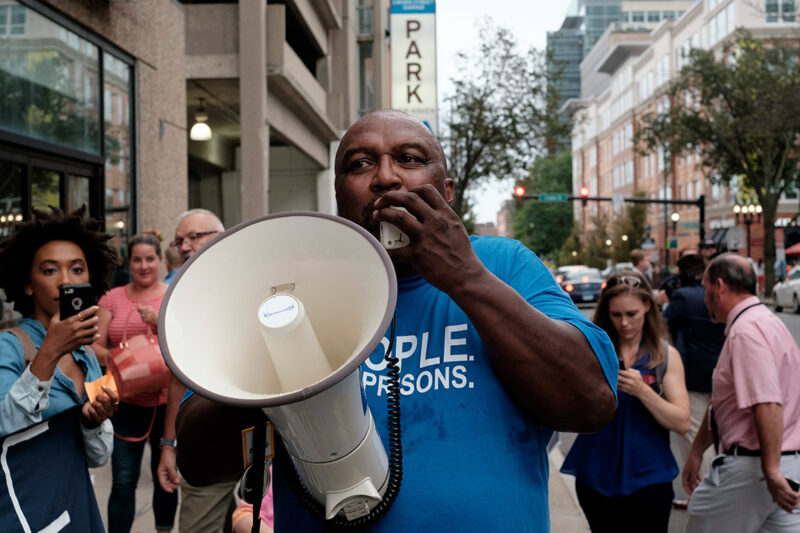 This year, I moved from one city in Connecticut to a new one. On top of the usual stress of trying to find an affordable, comfortable place to live, I was burdened with extra anxiety.

Despite my success in the 12 years since being released from prison, I dreaded explaining my criminal record again. Weeks into my search, I revealed that part of my past to a potential landlord. When I did, that home’s door was closed to me.

My experience is not unique.

Ninety-five percent of the millions of people who are incarcerated in prisons throughout the country will return home one day. When we do, we face tens of thousands of legal barriers — more than 600 in Connecticut alone — to supporting ourselves, our families, and our communities. Public and private landlords, educational institutions, insurance companies, most state licensure boards, and other gatekeepers to society generally have the right to discriminate against prospective tenants, students, and policyholders because of our criminal record.

In many states, employers also have this right. Re-entry shouldn’t last a lifetime. But because of the isolation, stigma, and legal discrimination we face, it sometimes feels like we are still serving time, just in a community-based prison.

Connecticut, however, could be the first state to change that.

A bill introduced in the legislature would prevent people in Connecticut from being discriminated against based on their criminal record in housing, employment, insurance, education, credit, and state government programs and accommodations. As the first state to introduce or try this kind of legislation, Connecticut, a place dubbed the “Second Chance State,” has an opportunity to show millions of justice-impacted people nationwide that there is a path forward for a better future.

This week, the bill had its public hearing. The room was so packed with bill supporters, the committee chair had to move the hearing to a bigger space. As I testified in support of the bill on behalf of Smart Justice, dozens of people stood up behind me to show that when I spoke about the need for change, I was not just speaking for myself. I was representing tens of thousands of people in Connecticut, and millions more across the country, who have been harmed by mass incarceration and who are too often unheard in legislative conversations about our own lives.

All people in the U.S. pay the human and financial prices of discrimination against people living with a criminal record, and we cannot afford the cost. In Connecticut, formerly incarcerated people between the ages of 20 and 29 were eight times more likely than average to die within a year of leaving prison. Fifty-two percent of people who died from an overdose in our state last year were previously incarcerated by the state.

Preventing discrimination against people who are living with a criminal record makes all of our communities stronger and safer.

The evidence shows that when people who are living with a criminal record are given a fair chance to reintegrate into society, we succeed. The nation’s largest employer, the U.S. military, found that enlistees with felony records are more likely to be promoted to sergeant than those with no conviction history, irrespective of other factors. Evidence also shows that when someone who is formerly incarcerated has a fair chance at building a stable life, they are less likely to commit another crime. The problem is that most of us never get that fair chance to try for success.

Right now, Connecticut has an opportunity to be a beacon of hope for millions of people across the country. This bill, introduced by a legislator whose own family has been directly affected by the justice system, recognizes that a person’s record of arrest or conviction does not tell you whether they will be a good neighbor, employee, or insurance policyholder. We should be judged based on who we are today, not a moment from our past.

Redemption is possible. I’m living proof of it.