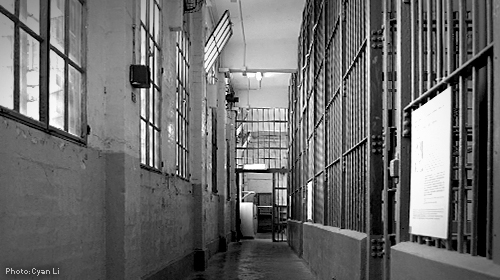 It’s estimated that more than 80,000 prisoners are held in solitary confinement or restricted housing across the United States on any given day. According to a new report released last week by the U.S. General Accounting Office, it’s about time the Federal Bureau of Prisons (BOP) started evaluating its use of solitary and monitoring its effects on those prisoners.

Solitary confinement is an extreme form of punishment that should be reserved for only the most extreme circumstances. Imagine being locked in a cell the size of a parking space for 22-24 hours a day with little to no human interaction aside from prison guards and the occasional healthcare provider or attorney. That’s what life is like in solitary confinement.

Many in the legal and medical fields criticize solitary confinement as both unconstitutional and inhumane. It’s widely accepted that it exacerbates mental illness and undermines a prisoner’s re-entry into society. According to the GAO report, however, no BOP official would acknowledge that long-term segregation may have detrimental effects on prisoners, even though the BOP’s own policy recognizes the potential for damaging lasting effects.

No matter what you choose to call the practice—segregated, disciplinary or administrative housing, solitary confinement or isolation—no one should argue the fact that we should understand the short and long term effects of this practice if we’re going to hold people for months and years at a time with very little human contact. Nevertheless, this report finds that BOP has not conducted any type of research to determine whether the practice of solitary confinement has an adverse impact on prisoners or contributes to maintaining prison safety.

Over the last two decades corrections systems have increasingly relied on solitary confinement – even building entire institutions called “supermax” prisons where prisoners are held in conditions of extreme isolation, sometimes for years or even decades. This massive increase in the use of solitary confinement has led many to question whether it is an effective and humane use of public resources. Supermax prisons, for example, typically cost two or three times more to build and operate than even traditional maximum-security prisons.

Even more disturbing, the report concluded that BOP officials have not studied whether or not solitary confinement is an effective safety measure. In the research that has been conducted, there is little empirical evidence to suggest that solitary confinement actually makes prisons safer. Indeed, emerging research suggests that supermax prisons actually have a negative effect on public safety.

We should instead put more emphasis on the rehabilitation of prisoners to become more productive members of society. It’s time for BOP officials to reconcile the reality in federal prisons—that more and more prisoners are being put in solitary confinement—with the fact that the practice is expensive and that there are more humane ways to keep facilities safe.