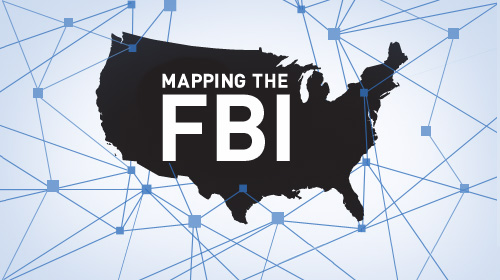 The FBI is using a racial and ethnic mapping program to collect intelligence on American communities – and it doesn’t want you to know which ones it’s spying on, or how it’s using census data to do so. The ACLU and the ACLU of Michigan filed a brief in federal court on Friday to challenge the FBI’s secrecy over its profiling practices.

FBI documents we already secured show that the Bureau is profiling some communities for intelligence collection based on false stereotypes that ascribe certain types of crimes to entire minority communities. Targeted groups include Muslims and Arab-Americans in Michigan, African-Americans in Georgia, Chinese and Russian-Americans in California, and broad swaths of Latino-American communities in multiple states.

We obtained these FBI documents through the ACLU’s “Mapping the FBI” campaign. As part of the campaign, 34 ACLU affiliates filed public records requests in 2010 to uncover how the FBI is collecting and “mapping” information about racial and ethnic groups around the country. Here’s just one troubling example: a 2009 Detroit FBI field office memorandum shows that the Bureau sought to collect information about Middle Eastern and Muslim communities in Michigan – without any evidence of actual wrongdoing and based on a generalized and entirely unsubstantiated threat assertion.

The public needs – and deserves – to know more about the FBI’s racial and mapping program. For that reason, the ACLU and the ACLU of Michigan brought a federal lawsuit in July 2011 to enforce our request for records about how the program is being used in Michigan. But the Bureau refused to disclose hundreds of documents – and most problematically, it fought to keep secret its use of information from public sources.

On Friday, we filed a brief in the Sixth Circuit Court of Appeals to challenge the FBI’s sweeping secrecy claims. Our brief makes a simple but important argument: the Freedom of Information Act doesn’t permit the FBI to hide its use of information about Michigan communities that is already publicly available, like U.S. Census and other demographic data.

This just makes sense. Congress passed the Freedom of Information Act to help uncover information about government programs – not to let the government claim secrecy over census statistics that are already public.

Our brief also raises another critical issue: whether the FBI (or any other government agency) can secure an entirely secret, one-sided judicial process to resolve a challenge to its potential use of the FOIA’s exclusion provision, 5 U.S.C. § 552(c). That provision allows a government agency to avoid confirming or denying the very existence of records in its possession in certain circumstances. The possibility of abuse is obvious, and that makes it all the more important that there be a meaningful process for FOIA requesters to challenge – and the public to know – whether a government agency is properly relying on the provision.

The details of this issue may sound technical, but in essence, it’s simple. The FBI proposed a one-sided, secret judicial process to decide whether its reliance on the provision was proper. We proposed to the court a fair and transparent alternative to secret process. We argue that the FBI’s proposal goes against a fundamental tenet of our judicial system: public access to courts and judicial opinions. It also undermines a critical purpose of the FOIA: to promote government transparency and accountability.

We hope the Sixth Circuit will adopt our process to resolve our claim and those of future FOIA requesters who fight back against government secrecy. And, ultimately, we hope to get the information we all need to know about the true impact of FBI racial and ethnic mapping on our civil rights and civil liberties.