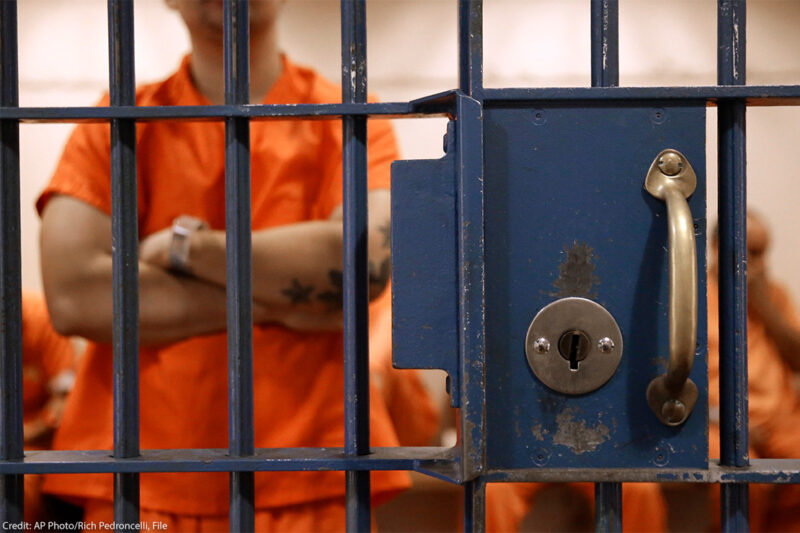 One Native American woman’s experience with mandated drug treatment led to a horrifying series of events.

After being charged with several non-violent drug possession and driving offenses, 43-year-old Shannan Davis spent five months languishing in jail awaiting trial. In an effort to get Shannan released pending trial, her attorney, Jennifer France, requested that the presiding judge give Shannan the option to seek support at a local treatment center. Instead, the Michigan judge issued an order stating that Shannan could be released directly to a drug treatment center, but with the condition that she also wear a costly ankle monitor. The judge’s order stipulated that Shannan would then return to jail “upon release from treatment, successfully or unsuccessfully,” to finish awaiting trial.

Shannan agreed to go to treatment, but her reprieve from jail was short-lived. The horrifying series of events that followed are emblematic of the unjust treatment that people with pretrial release conditions often face. Her experience is also emblematic of the racism, racial bias, sexism, and medical discrimination that pervades our criminal and medical systems. I assisted Shannan’s defense attorney in filing a motion to amend her release condition in May, and spoke with Shannan several times over the next few months about her case.

As a Native American woman and member of the Chippewa Sioux Tribe, Shannan told me that she regularly experienced the injustice, intimidation tactics, and invisibility imposed by the various government actors in the Chippewa County legal system — she says deputies often make fun of her and subject her to racist and sexist jokes. But that lived experience couldn’t prepare her for what happened after the judge ordered her to treatment.

First, the Chippewa County Jail released Shannan to the treatment center without the medication she uses to manage her seizures. Not long after her arrival, she suffered a violent seizure and injured her head. When the sheriff’s deputies arrived and finally took her to the hospital, the doctor noticed a rash on her body. The doctor quickly and incorrectly diagnosed her with scabies, and never examined her head injury.

Shannan’s experience is emblematic of the racism, racial bias, sexism, and discrimination that pervades our criminal and medical systems.

“I couldn’t go back to the treatment center, because they were afraid I would spread the scabies there,” Shannan told me. “So I called the sheriff’s office and had them pick me up at the doctor’s office, and they took me back to the jail.”

Shannan was supposed to be treated for scabies overnight at the jail. Instead, she stayed there for almost four weeks. She asked repeatedly why she was still being held, and was never given a clear answer. A doctor later told her that the rash wasn’t scabies, and even after those four weeks, no one ever examined her head injury.

Afraid to go back to the doctor about her head injury after what happened, Shannan waited in jail. Thankfully, the injury healed over time, and she was ultimately released. But Shannan’s experience is not an isolated incident. Native American people have historically and contemporaneously been victims of discrimination across the health care, legal, and policing domains. Her story illustrates how these many forms of discrimination and unjust conditions of release combine to create a cycle of incarceration for people at the pretrial stage.

Judges, policymakers, and law enforcement officials must seek alternatives to incarceration, but these alternatives cannot be coercive. The choice can’t be forced treatment or jail.

Many people who are incarcerated should not be there in the first place. Statistics show that 90 percent of people detained in jail have substance use disorders or engage in problematic drug use, compared with 2 percent of the general population. Substance use disorder, mental illness and homelessness are better addressed outside of the criminal legal system.

Many people in situations similar to Shannan’s do not have the benefit of being represented by engaged, zealous private defense attorneys who are willing to challenge government abuses and file time-consuming court motions, such as the one that ultimately won her release. And even for those who do have zealous representation, they, like Shannan, often languish in jail awaiting the potential relief that a court order might bring.

There is little research showing that forcing someone into drug treatment helps them in the long run. In fact, a 2016 report by the Massachusetts Department of Public Health found that people who were involuntarily committed were more than twice as likely to die of an opioid-related overdose than those who chose to go into treatment. Another 2016 study found little evidence that mandatory drug treatment helps people stop using drugs or reduces criminal recidivism.

People with substance use disorder need evidence-based treatment, and the best place to receive that treatment and support is outside of jail and prison walls.